Supporters of the Black Lives Matter movement came together for what they called "Our Generation's March on Selma." 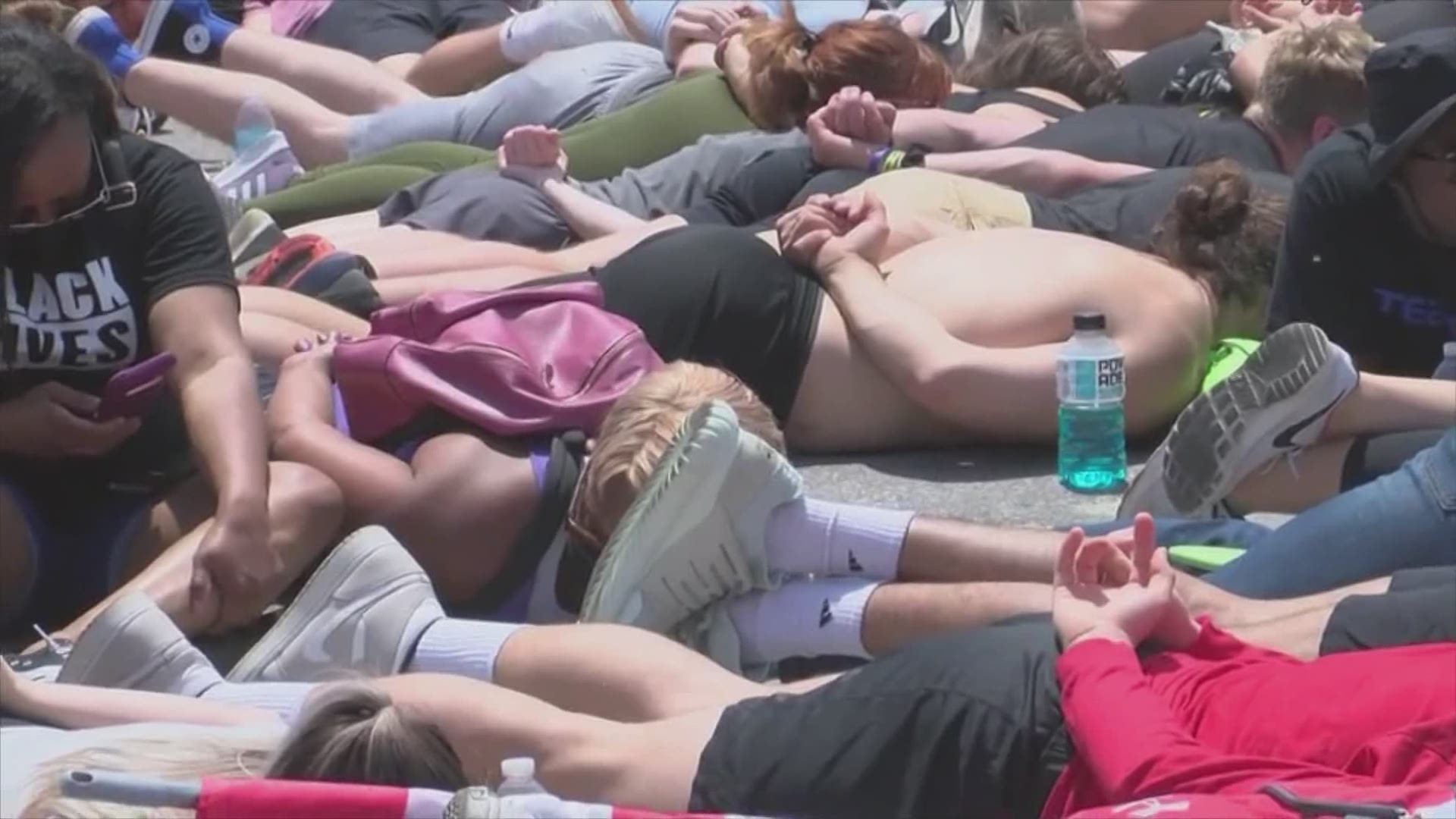 DES MOINES, Iowa — Families and supporters came together Saturday afternoon in Des Moines for the Solidarity March, or what they're calling "Our Generation's March on Selma."

From the Wells Fargo Arena to City Hall, demonstrators marched in protest of the death of George Floyd, who died after a Minneapolis police officer knelt on his neck for eight minutes and 46 seconds.

After marching to City Hall, demonstrators held a moment of silence while lying on the ground with their hands behind their backs, just like what happened when Floyd was in custody.

A powerful moment that left tears streaming down their cheeks and their bodies drenched in sweat from the hot sun.

Additionally, protesters began to yell "mama," exactly as Floyd did while in the custody of four Minneapolis police officers.

Protesters agreed that this the best way to bring change to a system that they say needs fixed.

Shaq Payne is a 26-year-old black man, and he said the moment brought him to tears.

"Definitely felt tears coming on. It's a very common thing, even my friends that came here, felt those same tears. Very emotional moment," he said.

Following the moment of silence, organizers along with other protesters marched to the State Capitol to demand the adoption of the Anti Racial Profiling Ordinance outlined by the Iowa Citizens for Community Improvement (CCI) and the National Association for the Advancement of Colored People (NAACP).