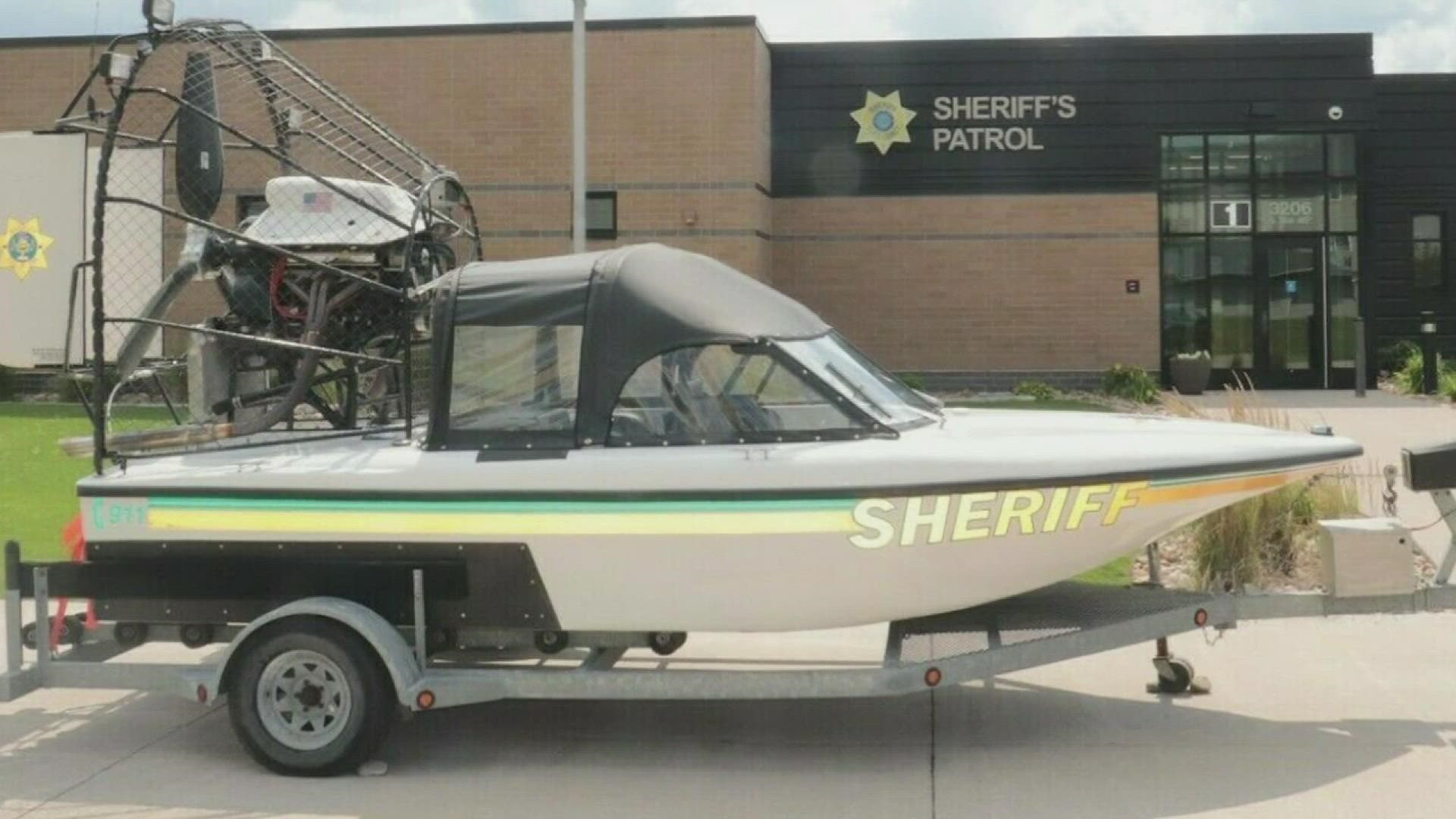 "[We] thought, well, it’s a good idea. But it’s more work than it’s worth. Maintaining something like that hasn’t been worth it," said Scott County Sergeant Thomas Leonard.

Maintenance includes a yearly engine check and keeping it clean.

In the eight years they've had it, the boat's been used for training and twice for rescue and recovery missions, including an ice river rescue in Muscatine.

Sergeant Leonard said the airboat is good on ice, but was a little too heavy for most of their missions. In all, it's logged just over 82 hours of use.

The Sheriff's Star on the boat will be removed, but the boat does come with a custom trailer. Both the boat and trailer are currently registered in Iowa and the paperwork will be signed over at the time of payment and pick-up.

The boat will need to be picked up in Eldridge.