Lt. Greg Bock is sleeping in the kettle outside Hy-Vee. He started sleeping there on Thursday. 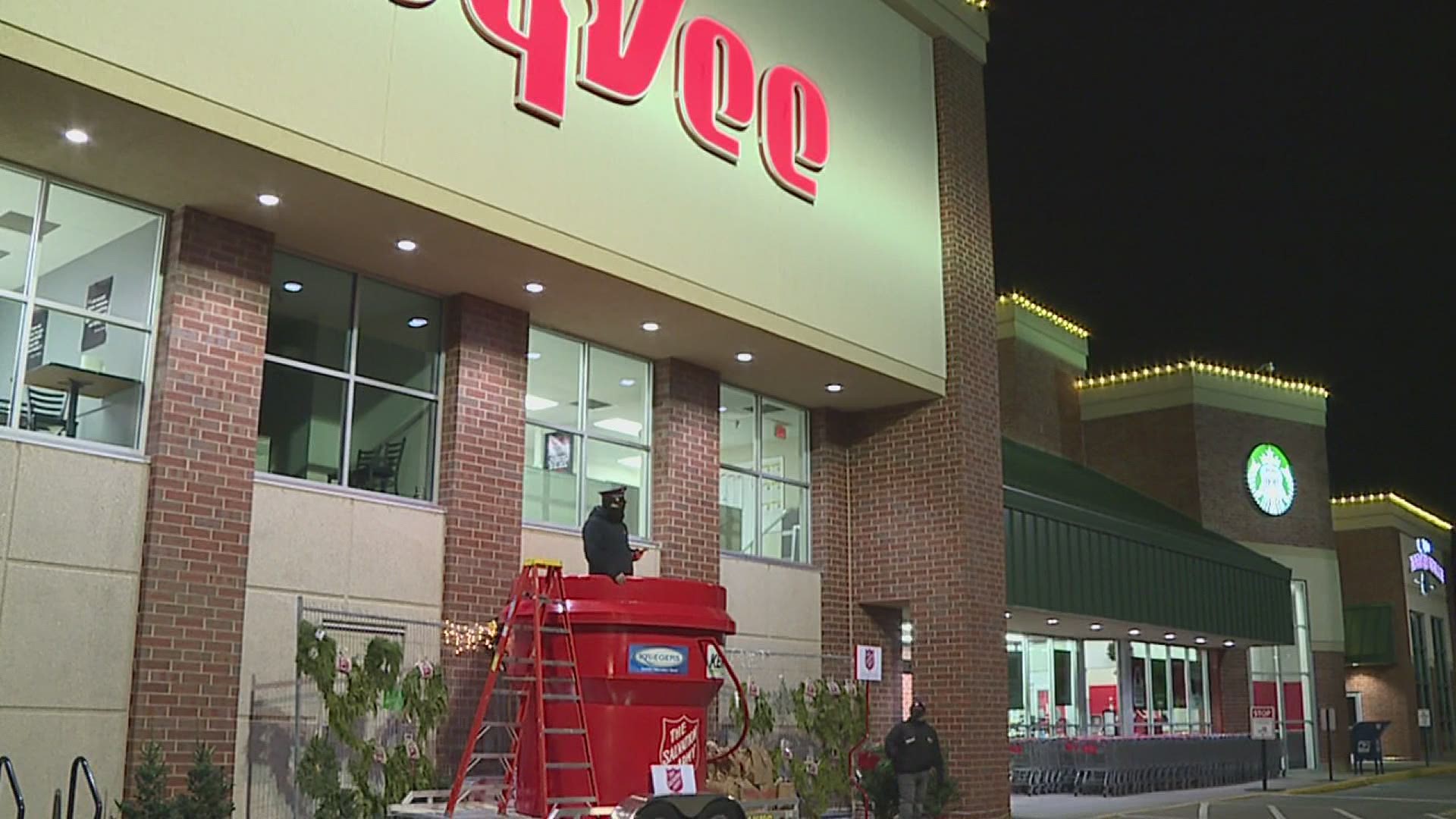 MUSCATINE, Iowa — A Hy-Vee parking lot isn’t where most people plan to spend their night.

The giant red kettle outside the Hy-Vee in Muscatine isn’t usually a home, either.

“The first night I knew was going to be a rough night to sleep,” Bock said.

Bock is living in the giant red kettle this week. He climbed into his temporary home on Thursday afternoon.

“It’s a good way to get people to stop and look at it and pay attention and listen to what you’re talking about,” Bock said.

He only has a few items with him in the kettle.

“I went up with a heat lamp, and a sleeping back a subzero sleeping bag,” Bock said. He said he sleeps on a gym mat, and pulls blankets over his body at night on top of the sleeping bag.

This isn’t the first winter Bock has attempted this red kettle lifestyle.

“I did this, 2016 up in northern Michigan, in Sheboygan where I lived in a giant kettle like this one,” Bock said.

He did this last year in Muscatine, too.

He plans to be in the red kettle for several days.

If he stays until Christmas Eve, he will spend seven nights in the kettle, where he hopes Hy-Vee customers will help him reach the Muscatine Salvation Army goal of $190,000.

“I’d like to see it happen before I crawl down from this kettle on Christmas Eve,” Bock said.

As of Saturday, December 19, the Muscatine Salvation Army was about $17,000 short of their goal, Bock said.

“The goal is big, the pandemic is huge, but the hearts of this community are even bigger,” Bock said.

Bock is spending a few cold nights in a big red kettle, but he’s warmed up by the generosity of those walking by.

The campaign ends on Christmas Eve.