Boarded up businesses became canvases in a show of solidarity for Black lives. 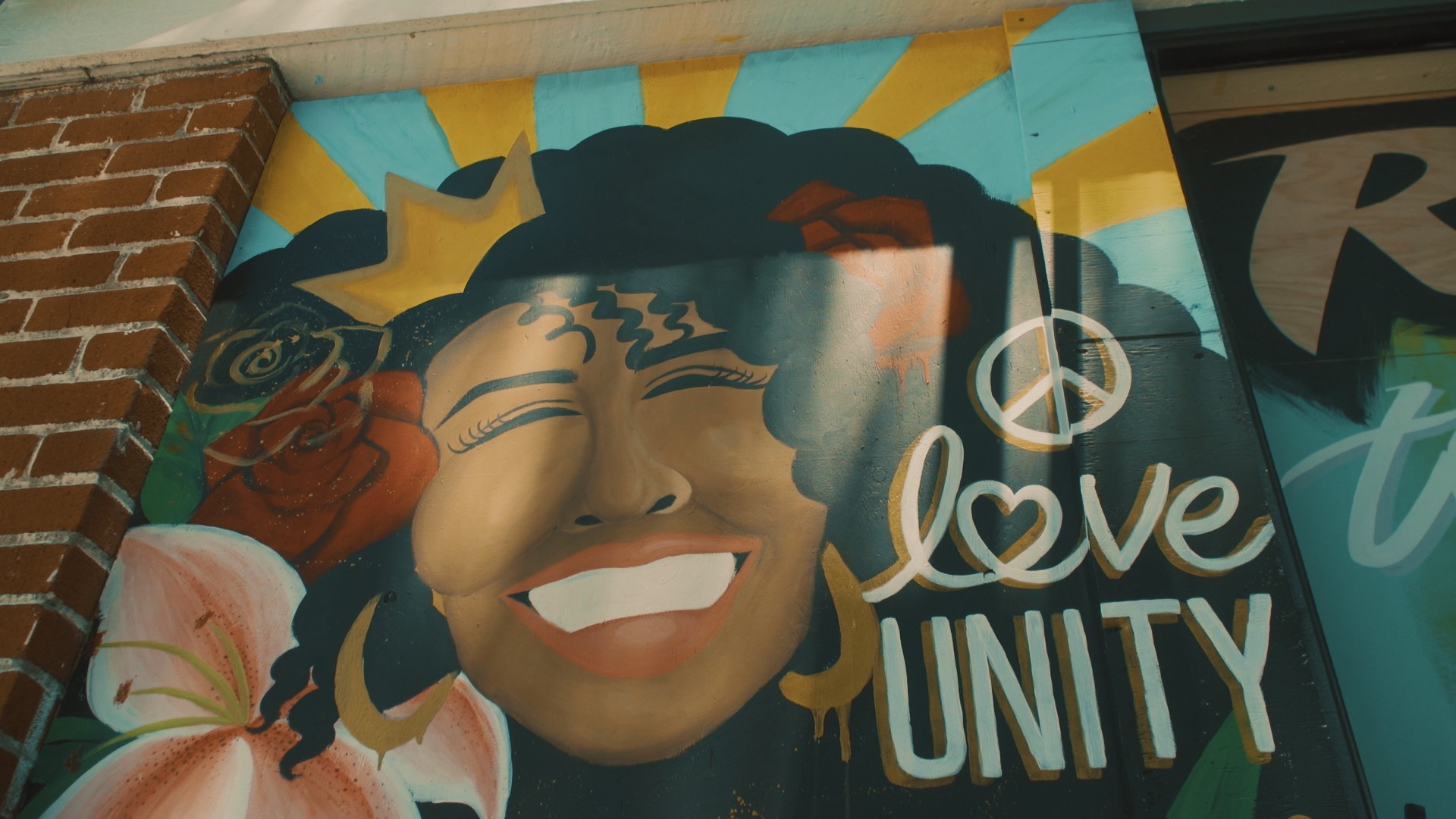 SACRAMENTO, Calif. — The silhouette of a man with his fist in the air and a woman wearing a mask that reads: "We are sick of injustice," a name painted in red: "George Floyd." These figures and messages were painted on boards that were nailed onto business' doors and windows throughout downtown and midtown Sacramento.

"I just felt that I needed to have my fingerprint on this community," said Lina Washington, Boards for Change co-creator and ABC10 sports anchor.

Washington used the project to channel her own grief after the death of George Floyd, yet another name among other Black men and women who have been victims of police violence.

"As a Black woman in media, I have a platform and a responsibility to share my perspective," Washington said. "For me and what I've felt in recent weeks, it was weighing heavy on me and, truthfully, it was a very emotional week up until I connected with Kim and we started this initiative. I've been able to focus on something positive instead of dwelling on everything that made me upset and hurt."

Once the boards were removed from businesses, Washington said the goal was to flip the pieces of art and auction them off with proceeds benefiting Black youth organizations in the greater Sacramento area.

"It's truly humbling to see the response of people in real time," Washington said. "And the response we've received from artists is overwhelming."

Local artists turned the boards into their canvases-- with powerful messaging and imagery. Sacramento artist Patrick Hamilton painted several boards. His painting of a fist, meant to represent Black power and the Black Lives Matter movement, was on Flatstick Pub's boarded doors in Downtown Commons (DOCO).

"It was really exciting to be able to channel my art into something positive, to put it toward something impactful," Hamilton said.

Because of the response to Boards for Change, Washington created a GoFundMe for people to donate directly, which would accompany the money made from the auction.

Washington said the goal of raising funds for Black youth organizations is to help support the community she has become so involved in.

"It was important to me to give back to this community and have a hand in making what they do easier and better," Washington said. "We know that so many kids are going through things that they never could have anticipated and they need to feel supported."

WATCH ALSO: Start of fireworks season is startling for pets. Here's how to make it less stressful for them.