A coalition is helping offer resources to renters facing eviction, including $1.5 million in rental assistance from Project NOW. 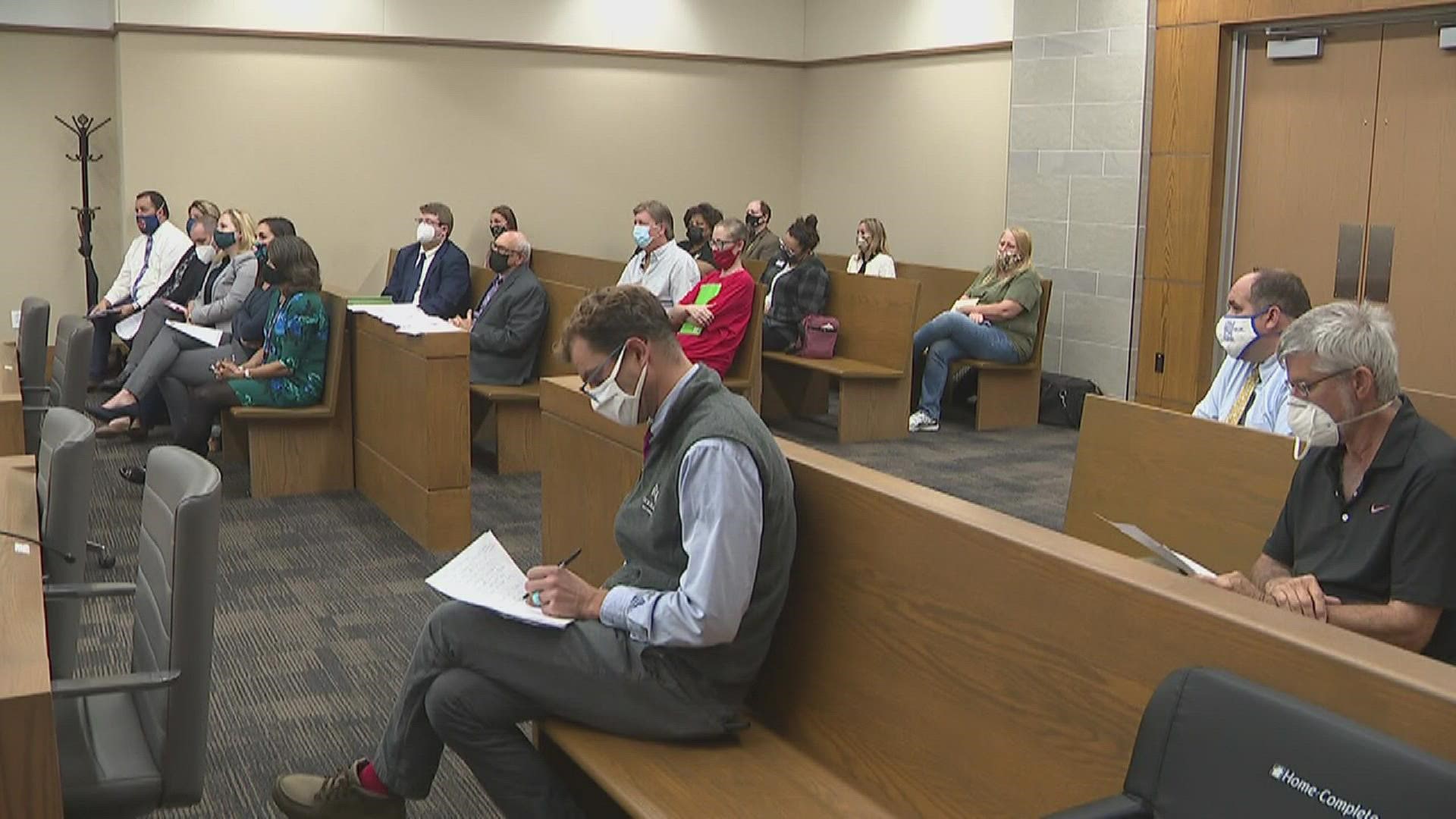 ROCK ISLAND COUNTY, Ill. — With the end of Illinois' eviction moratorium earlier this month, evictions can now be enforced. However, an eviction diversion program in Rock Island County is trying to help tenants stay in their homes and out of eviction trials.

The program was launched in partnership with Project NOW, Prairie State Legal Services, Salvation Army, the 14th Judicial Circuit of Rock Island County, and the Rock Island County Bar Association. It offers mediation services and provides tenants with up to 12 months of rent back pay, making sure landlords get paid and ultimately preventing evictions.

"It's not a tenant program, it's not a landlord program," said Ron Lund, community services director at Project NOW. "We want to be able to provide the rental assistance to keep tenants housed, but we understand landlords are owed what they're owed. They have a business, they have mortgages, they have bills that they have to pay as well. So this program is really designed as a community program."

Lund explained how the current affordable housing shortage in the Quad Cities makes this program so vital.

Project NOW has around $1.5 million in federal funding to give out. Previously the agency had provided $970,000 to around 1,200 individuals in 500 households since the program launched in February, according to Lund.

The program requires tenants and landlords to go through a mediation process. This is an attempt to keep it out of court in an eviction trial.

"What the courts are trying to do is try to facilitate as many people getting access to that money or assistance in that way," said Judge Carol Pentuic of the 14th Judicial Circuit. "Maybe we can avoid evictions, if people can get their rent caught up, then the landlords can get their mortgages caught up."

Pentuic oversees the eviction hearings every Friday at the Rock Island County Justice Center. She said she's seeing an influx of cases over the last few weeks.

There are around 20-25 eviction cases on Fridays, according to Pentuic. All of them are then referred to mediation, but she added that the court is backlogged through November, with slots already filling up in December.

"We are finding that our mediators are getting backed up because we've had so many referrals," she said. "We have been referring probably five to eight cases per week."

Lund said Project NOW is also seeing a similar influx of calls now that the moratorium has ended.

"Even a week ago, we were only two and a half weeks booked out," Lund said. "So you can see that we're going to continue to book out to that 30 day mark."

Pentuic encourages those who need help to take advantage of this program.

She explained the "bigger issue" is what happens after people are evicted.

"We know what happens to kids when they're homeless, and they drop out of school," Pentuic said. "Then you create that whole generation of people who don't have an adequate education to get jobs. It's a really vicious cycle that we want to avoid because it'll affect everybody."

Lund is urging those who know they might be behind on rent, and it's related to COVID-19, to call now before getting an eviction notice, even if you're not sure if you qualify.

He added that being related to COVID is a loose definition.

"We have the flexibility to be very loose with that definition," Lund said. "If your kids were homeschooled during part of that, if your hours were reduced, you were laid off, collected unemployment, business closed, those are all reasons that we would be able to help you for this program."

According to Dwight Ford, Executive Director at Project NOW, Rock Island County is only one of two counties in Illinois to have a program like this. The other is in Cook County.