The Rock Island County Board asked for the resignation of Auditor April Palmer and her chief deputy after scammers stole the money earlier this summer. 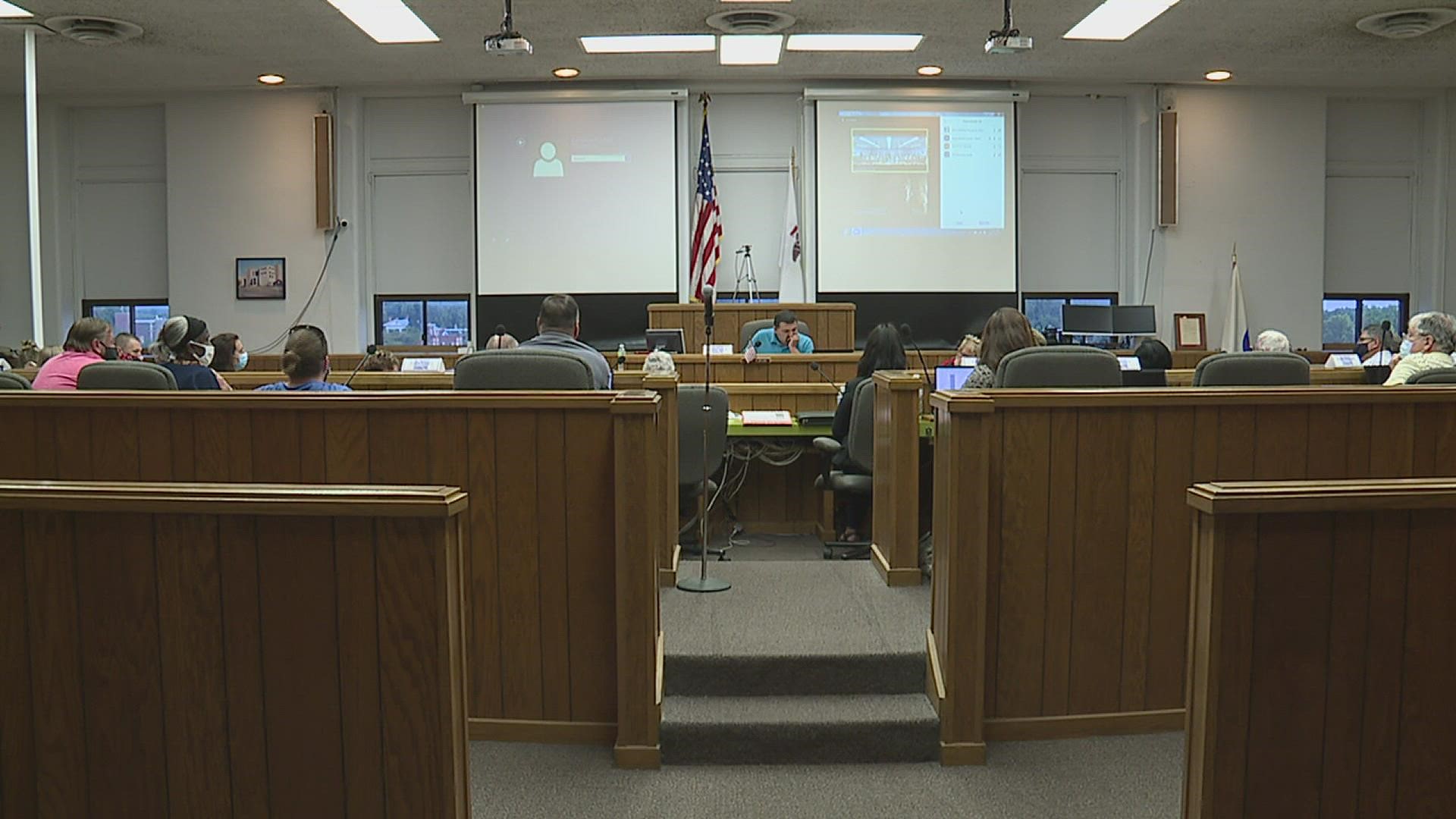 ROCK ISLAND, Ill. — After a two-hour-long closed session discussion, the Rock Island County Board voted for the resignation of County Auditor April Palmer and her chief deputy.

The move comes just four days after the county announced over $115,000 taxpayer dollars had been lost to scammers in a wire fraud.

During a press conference on Friday, Sheriff Gerry Bustos announced a scam email had made its way to the auditor's office, claiming to be a company the county regularly works with. After they asked for payments to be made online, rather than through a paper check, the county sent two separate transactions of $97,042.50 and $18,061.40 between June 18 and July 23.

In response, the county board voted 22-1 in favor of three key actions.

First, the board is asking for Auditor April Palmer and her chief deputy to step down, after a vote of no confidence.

"We wanted to make it clear that there’s been a serious damage done to the integrity and the confidence in that office," said County Board Chairman Richard Brunk. "We feel that the resignations of the county auditor and the chief deputy is the first step in restoring the confidence in the office that is our final check in ensuring that taxpayer funds are allocated appropriately."

However, the auditor's position is an elected seat and ultimately answers to the voters of Rock Island County, so it's unclear what the board will do if Palmer refuses the request for termination. When Brunk formally requested the employee who authorized the payments be placed on administrative leave, he says the auditor's office refused to respond, and the employee continues to work there.

"Traditionally there has been a good working relationship between the board and the administration office and the auditor’s office. There just not has been any communication in recent days and no significant action on the part of the office holder as it relates to these incidents," said Brunk.

The second action voted on by the board calls for a forensic audit of Palmer's office. Such an audit would search for similar scams and lost money, while also looking at what works.

RELATED: Key pieces of land Moline wants to develop are owned by a local church

"It'll help highlight best practices to be put in place to prevent any type of similar incident from occurring in the future," said Brunk. He added that the audit had been recommended to him by the county administrator, state's attorney and sheriff.

Finally, the board is now laying the groundwork for a new county job: a finance director. The new position would be run out of the administration office, not the auditor's, and would act as another set of checks and balances when it comes to taxpayer money.

"That is something that’s been kind of discussed on and off for a couple of years," said Brunk. "That’s a move towards best practices - to have that separate person, in a different office, that’s actually handling aspects on county finances on the front end, leaving the auditor’s office to handle the auditing on the back end before the payments are made."

He went on to say the current auditor's office is involved in functions beyond the scope of their statutory, or legal, responsibilities.

"So I think what you would see is the auditor's office simply carrying out their statutory responsibilities, and these other responsibilities would shift to the finance director."

With that new position in place, Brunk says there would ultimately be a reduction in other departments, to help accommodate some of the costs of establishing a new county role. He later confirmed that reduction would likely come from the auditor's office.

Brunk admitted the vote was not an easy one, nor ideal, but he felt it was necessary.

"I guess you can say, can we afford not to take these steps," he said. "We are doing everything that we can to right a wrong, even though honestly this was within the auditor's office. But the county board takes its responsibility to taxpayer funds very seriously. And we wanted to make it clear that these certain steps needed to be taken in order to help restore confidence in that office."