Jim Nelson was on a ventilator since November 10, 2020. Surrounded by family and his crew, he was released from the hospital on Tuesday, January 26, 2021. 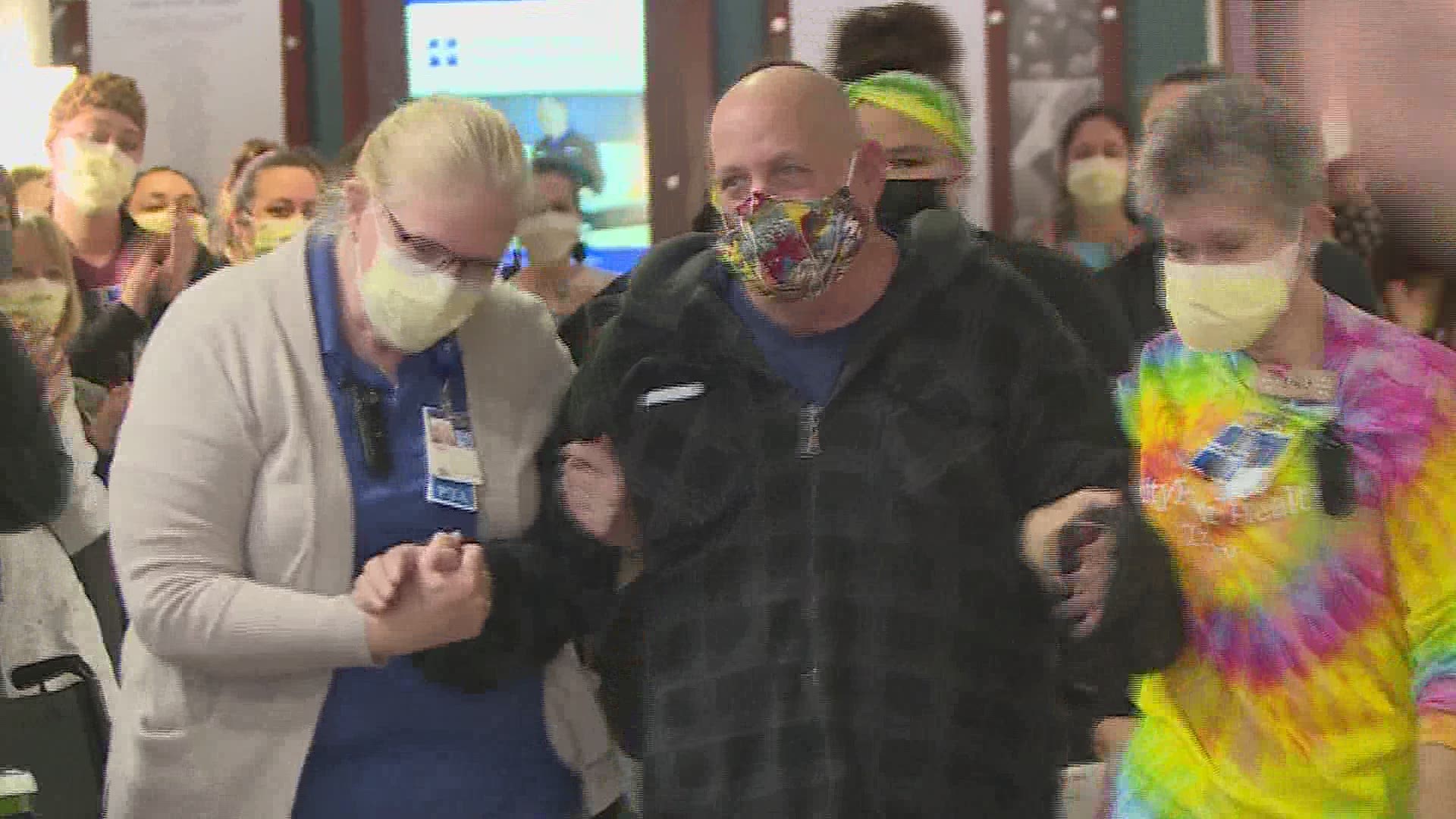 ROCK ISLAND, Ill. — Dozens of first responders pile into Unity Point Health Trinity on Tuesday, January 26, 2021. But this time they're not taking a patient there, they're taking one home.

That patient is Jim Nelson. Jim is a 911 dispatcher for the Rock Island Arsenal. He started on the Arsenal back in 2004 as a guard. In 2007 he became a dispatcher for Arsenal's fire and police department. He came down with Covid-19 back in November 2020.

The first responder spent the past two and a half months battling for a second chance, fighting the virus from a ventilator.

"We didn't think this was going to happen this way. They asked us several times to take him off the ventilator. So getting him to this point is the best miracle ever," says Heather.

And now, surrounded by dozens of hospital staff, family and his crew, Jim gets wheeled out of the hospital. Halfway down the hall, he stops the wheelchair and stands up to walk the rest of the way to his car.

Now the first responder with the second chance is headed home to continue healing so he can get back to work to help future patients who need it.