A Rock Falls mom is grieving the deaths of her two young children after they were found dead at their dad's home in Bellevue, Nebraska. 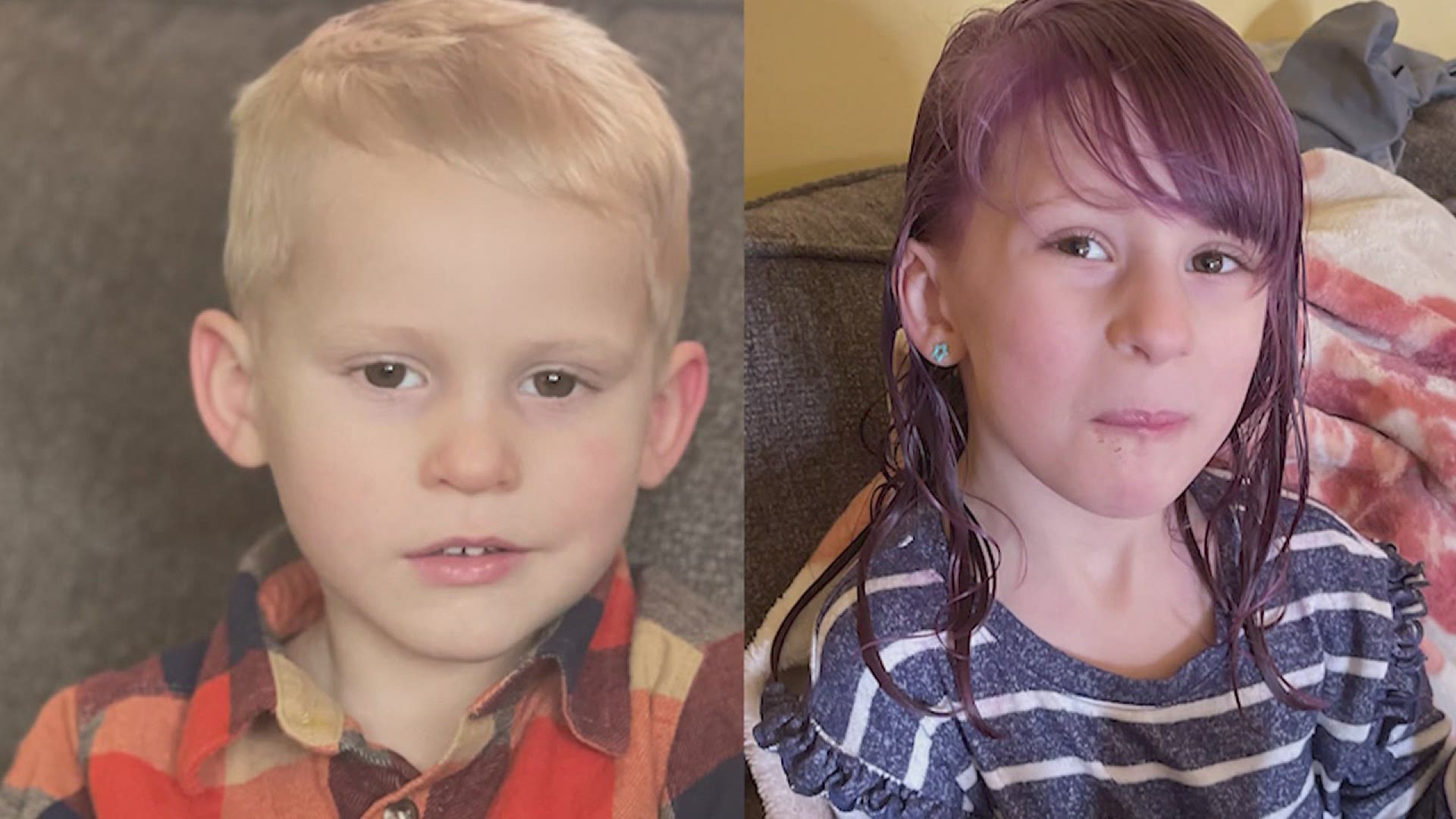 ROCK FALLS, Ill. — A Rock Falls mom is grieving the deaths of her two young children after they were found dead at their dad's house in Bellevue, Nebraska in May.

Mary Nielsen moved in with her parents in Rock Falls, Illinois in November 2020 to finish nursing school and spend more time with her kids, Emily and Teddy.

After spending years in what she says was an abusive marriage with their father, Nielsen says she just wanted to be happy and for her kids to be happy.

"Emi was exceptionally smart," says Nielsen. "She had just turned 5 in January and you wouldn’t have known it. She got along with my best friend’s 8-year-old daughter so well. She actually got to have her first sleepover a couple of weekends before this happened. They were just up all night giggling we had to keep yelling at them to go to bed."

"Teddy was just so sweet and loving," remembers Nielsen. "He was a mama’s boy, you know, and he’d always want mommy snuggles or “me sleep with mommy tonight." He loved jumping and running...loved jumping off everything and giving me a heart attack; and super heroes and paw patrol were his favorite. He was just a typical boy."

Like most parents, Nielsen's kids were her whole world.

"Saturday rolls around and it was like 6:30pm, 7- o'clock and I was like, 'the kids haven’t called yet, they didn’t call last night either'."

3-year-old Teddy and 5-year-old Emi were spending the week with their dad in Nebraska. As part of the custody agreement, the kids were required to check in with their mom every day when visiting their dad. When Nielsen didn't hear from them for two days, she panicked.

"So I started calling him and blowing up his phone," said Nielsen and texting him like, 'even if you cant talk, I need to know the kids are safe.'"

The Bellevue Police Department went to the house twice on Saturday and Sunday for welfare checks but had no cause to force entry.

"I had a bad feeling in the pit of my stomach," said Nielsen. "One of my friends messaged me on Facebook and said, 'Do you want me to go over to the house and check?' When she got there, the door was unlocked and that’s when she went and found the kids."

Teddy and Emi were found in their beds unresponsive. Their dad was nowhere to be found.

"I had to pull over I was bawling," remembers Nielsen. "I mean the only reason  why I’m sure I kept myself alive is because I couldn’t bear the thought of leaving them alone with him and it was hard."

The father, Adam Price, was arrested hours later in California and charged with felony child abuse resulting in death. Police say they're investigating Emily and Teddy's deaths as homicides and additional charges against Price are possible. But for Nielsen, it's all too little too late.

"I feel like if someone had just listened to me when I said he wasn’t a  fit parent, they’d still be here" said Nielsen "It’s still really hard. The only thing that makes me feel a little bit better is that they don’t have to see him again, but at the same time I’m missing them so so much."

News 8 reached out to the Sarpy County Coroner's office who confirms the autopsy and toxicology results are still pending and it could be another month before there is a cause of death.

Price is being held on $2.5 million bond and is expected to be in court for a preliminary hearing on June 15, 2021.