Road work in two areas may impact your commute in Muscatine

In two spots Monday, July 15, crews will be performing road work and you may be delayed if you’re driving in the area. 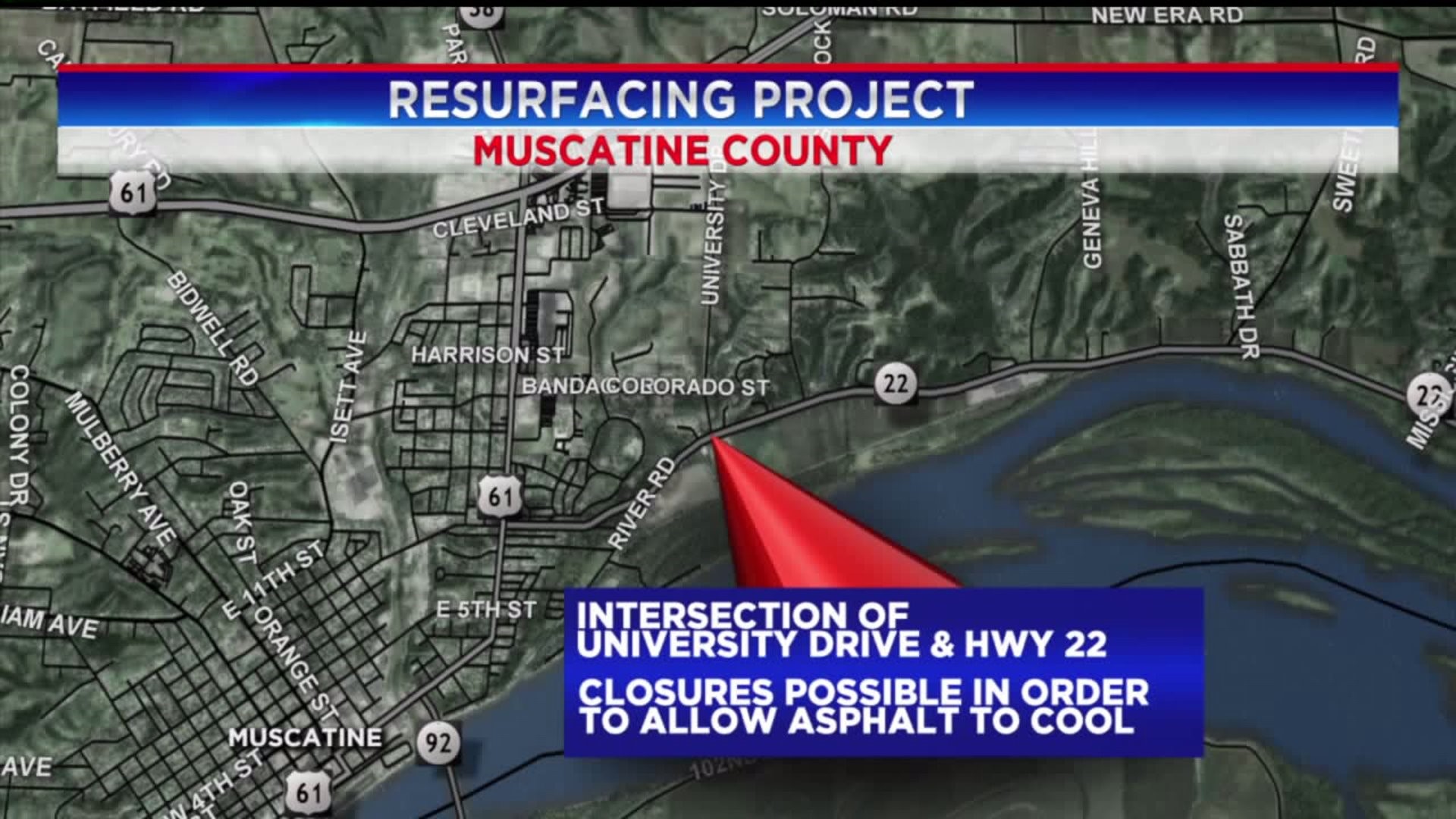 MUSCATINE, Iowa -- Drivers in Muscatine may have a longer commute as road work gets underway.

Starting on Monday, July 15, crews will be performing sealing operations on Cedar Street between Wood Creek Lane and the roundabout at Logan Street.  In this area, traffic will be down to one lane, so expect delays, according to Kevin Jenison with the city of Muscatine.

That project should be done by the middle of the week.

Another project that could cause delays is asphalt laying at the intersection University Drive and Highway 22.   Crews were expected to start this on Monday as part of a project that started in 2018.

Jenison said that eastbound traffic on University Drive will be detoured to Colorado.  If you're driving on Highway 22, you may see lane restrictions throughout the day.

The intersection will remain closed until the asphalt has cooled.  Expect delays and take other routes if possible.