A rare weather occurrence called 'rime ice' forms sharp, jagged edges on surfaces when there is fog and below freezing temperatures. 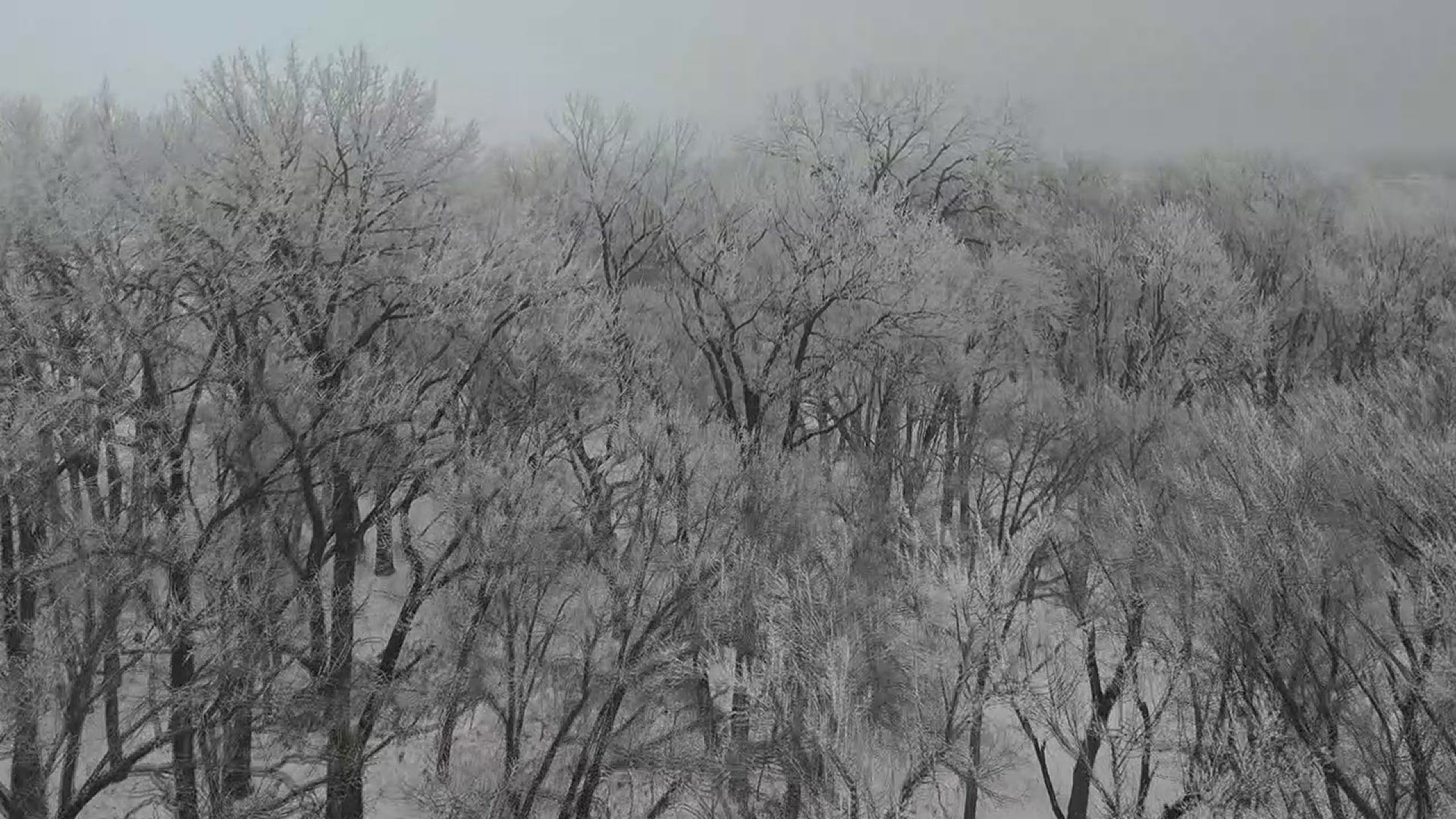 DAVENPORT, Iowa — The Quad Cities area experienced a fairly rare weather phenomena on January 3 and 4, 2021 when we had perfect conditions for "rime ice."

Rime ice forms when fog is present with temperatures below freezing.

Within the fog, tiny water droplets are below freezing but remain a liquid.

The rime ice can build up in a sharp, jagged appearance.

It's pretty uncommon, only happening about every other year, according to WQAD StormTrack 8 meteorologist Andrew Stutzke.

So enjoy some video of the pretty sight, courtesy of the News Eight Drone, as it flew above Credit Island in Davenport, Iowa.

RELATED: Another byproduct of this extreme cold: ghost apples

Another byproduct of this extreme cold: ghost apples