Drivers on westbound Interstate 80 are being re-routed because of a reported multi-car crash. 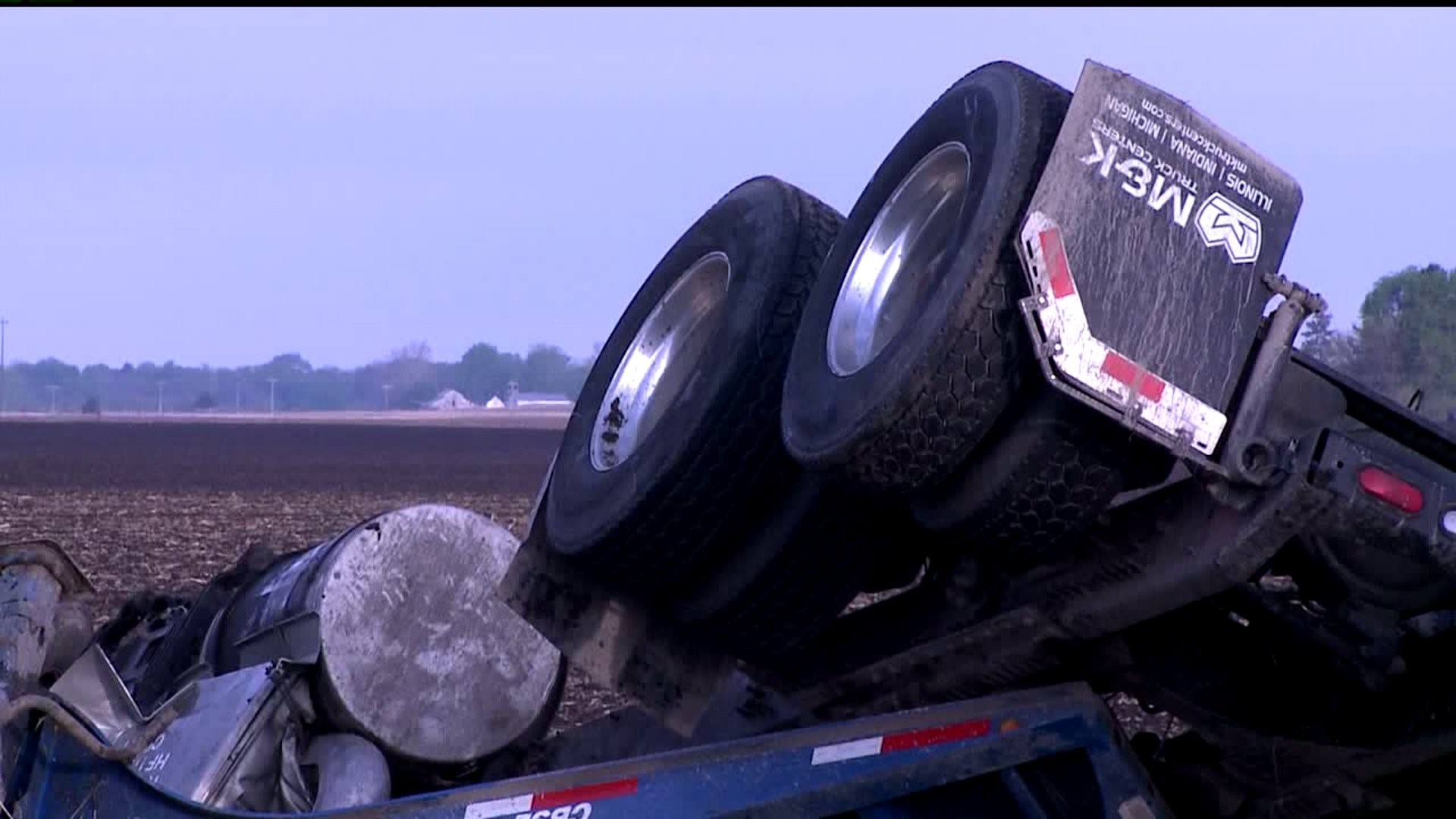 A crash this morning involving two semi-trailer trucks on Interstate 80 near Princeton, Illinois, sent a Gary, Indiana man to a Peoria hospital with serious injuries via Life Flight helicopter. Injured was Richard Puryear, 35. He had to be extricated from the cab of his truck after it rolled into the ditch next to the highway and overturned.

Police say it took around three hours to extricate Puryear. The driver of the second truck, Carl D. Jones, 49, of Byhalia, Mississippi, was uninjured.

The accident is still under investigation and citations are pending.

PRINCETON, Illinois -- Drivers on westbound Interstate 80 were being re-routed because of a crash.

There were two vehicles involved, including a semi that rolled, according to Princeton's Fire Chief. The semi was hauling a chemical, and fortunately the load did not spill.  The crash was initially reported around 3 a.m., Friday, April 28.

The chief said that a person who was trapped in a vehicle was extricated between 5:30 a.m. and 6 a.m. before being airlifted to a hospital.

Around 8:50 a.m. the roadway was still closed and crews remained on scene, according to a spokesperson from the Illinois State Police Department.

Before 9:30 a.m. traffic maps were no longer showing any signs of backup on I-80 and Illinois State Police confirmed that the roadway was clear.