Dashing through cities and states: Quad Cities Marathon is back

Nearly 4,000 participants ran in the 5K, half-marathon and marathon on Sunday morning. 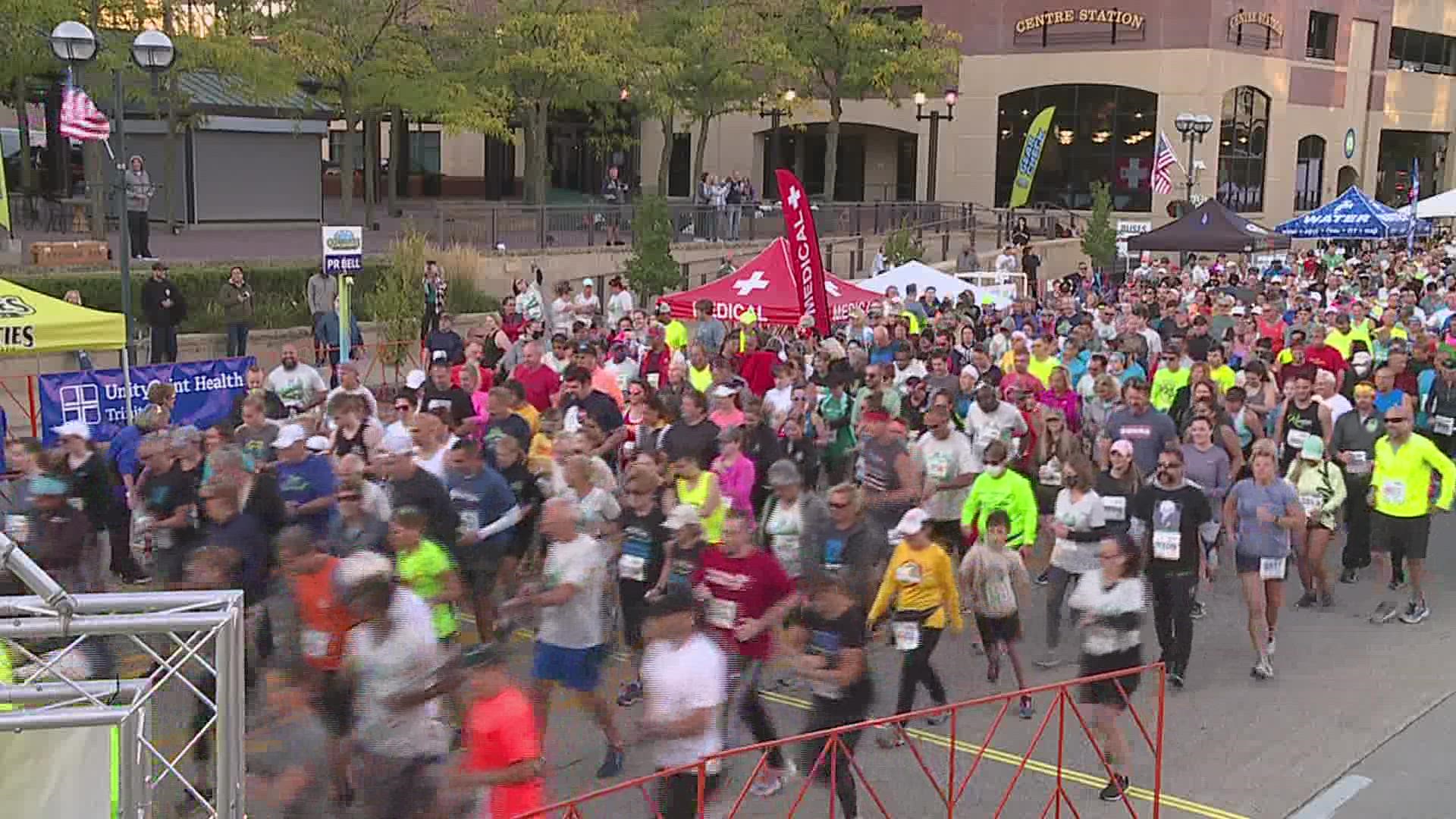 MOLINE, Ill. — Runners took to the roadways and bridges Sunday morning in the annual Quad Cities Marathon. This is the 24th year of the marathon, and organizers are happy to see it back after the pandemic forced them to hold the event virtually in 2020.

Close to 4,000 participants ran in the different marathon, half-marathon and 5K races. Moreno said this number was down slightly from 2019.

He added that the event draws a crowd of runners from outside of the QC Area. Roughly 40% of the runners are not local.

"We are very good for the local tourism for the economy," Moreno said. "We're very hospitable. We have the Midwest charm here in the Quad Cities. That's what the out-of-towners say. That's the first thing they say. They love the river."

"I've done about a dozen half-marathons, and they're always really fun," said half-marathon runner Rachael Ash. "I always love doing the Quad City, though. It's such a great course."

This is the last year runners will cross over the old I-74 bridge. Next year for the 25th anniversary, they'll cross on the new bridge.

Tyler Pence from Springfield, Illinois won the men's marathon, with a time of 2:15:06, just shy of course record 2:14:04. However, it was his personal record and the third fastest time in the race's history. Pence is the first American to win the men's race since 2001.

Throughout the event, Moreno stood at the finishing line high-fiving runners as they crossed.

"I just like to be at the finish line and welcome everybody to the finish," he said. "Just the feeling of accomplishment that they have, when they cross the finish, whether it's the 5K, or the half-marathon, or the relay or the the full marathon. It's a great feeling."