The lack of public events, like concerts, this year may benefit local restaurants and businesses. 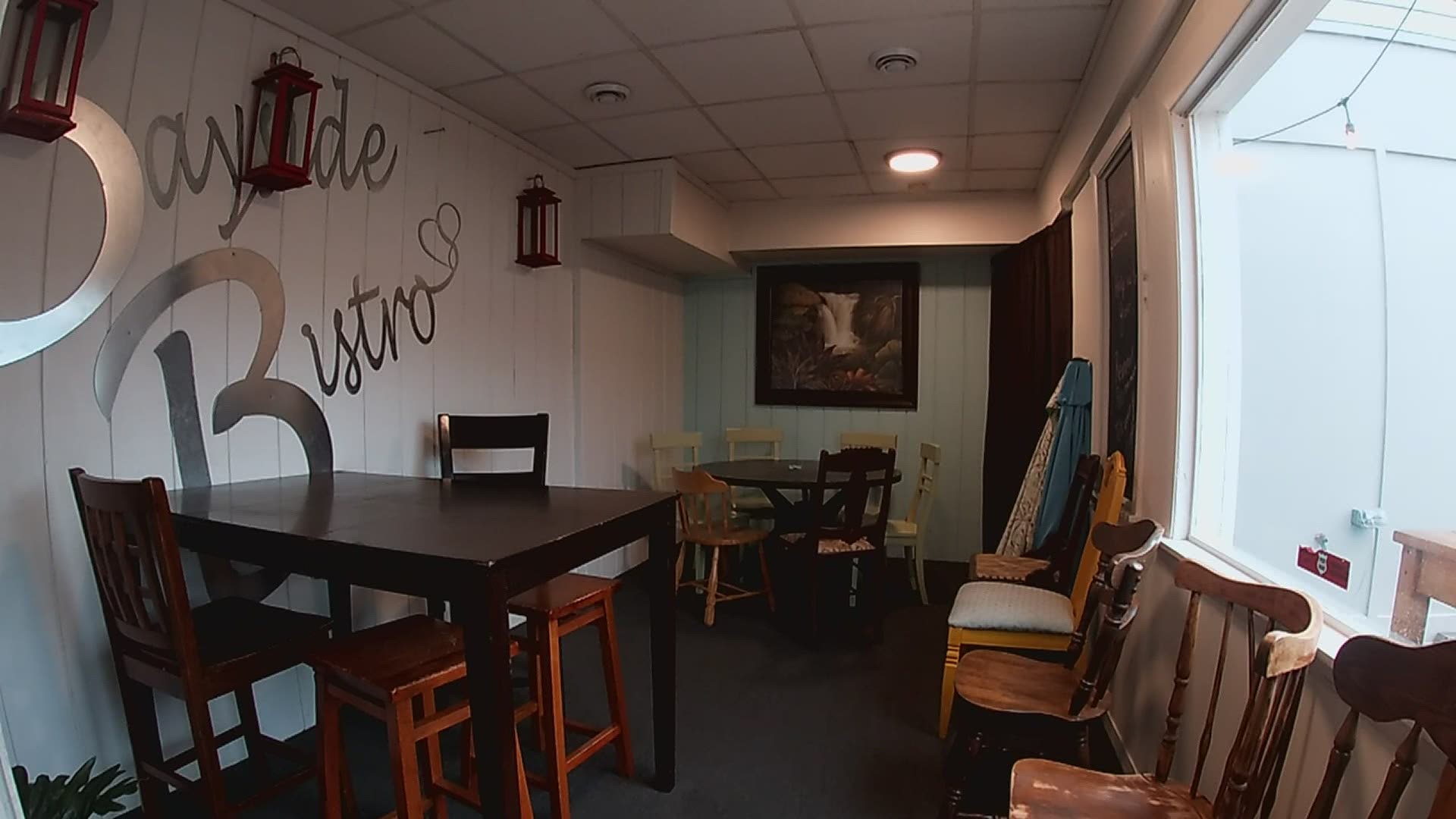 DAVENPORT, Iowa — The COVID-19 pandemic forced restaurants in the Quad Cities to make changes to their business models. The Bayside Bistro in Davenport’s East Village is navigating those challenges, too.

“You just have to be so fluid,” said LaTisha Howlett, Bayside Bistro’s owner.

Those challenges included Thursday’s rain, which limited the restaurant to only indoor seating.

Howlett also said the COVID-19 pandemic also contributed to a drop in customers coming in.

Howlett virtually joined other business owners Thursday, listening to success stories from others around the area. It was the third event Howlett attended, put on by the Quad Cities Chamber of Commerce.

Those events, Howlett said, gave her new ideas for how to stay open and navigate the new challenges.

"From day to day you have no idea,” Howlett said. “You know whatever kind of business you were doing the year before, typically this time of year, typically on these days, throw it out the window."

A new way Howlett is engaging with the Bayside Bistro community is through text messages. She calls it the “Bayside Vibe Tribe,” with hopes it keeps her business on her customers’ mind.

Howlett said these changes were necessary, because closing, even temporarily, was not an option. "I think it's suicide,” Howlett said.

Dan Bush has a similar mindset. He owns Armored Gardens in Davenport.

"I think now's the time to kind of cut down on our labor and basically try to skate as close as you can so you can make it through the winter," Bush said.

The lack of public events, like concerts, this year may benefit local restaurants and businesses, Bush said.