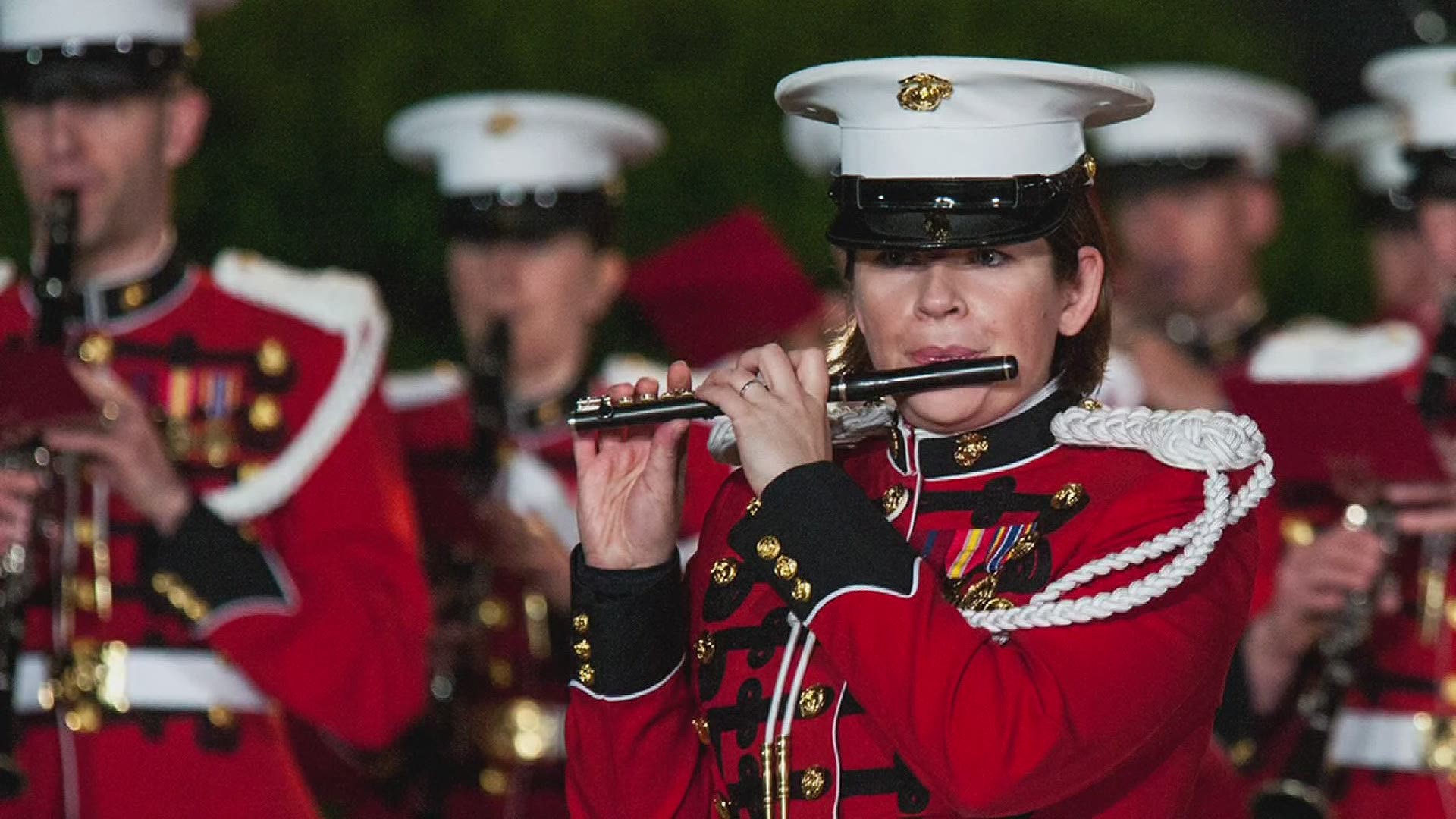 In a presidential inauguration marked by unfamiliar security concerns and a global pandemic, the United States Marine Band will uphold the tradition of honoring a new president with the musical honors of "Hail to the Chief."

"The goal of the Marine Band is to make it sound exactly the same," said Master Sergeant Beth Plunk, a flutist with the band since 2004.

"You know, we’ve been playing music for the presidential inaugurations for over 200 years. And we’re going to do that exactly the same way on Wednesday," Plunk said.

Plunk began her musical career at Garfield Elementary school in Moline. From marching in the Moline High School Homecoming Parade with John Deere Middle School, her steady rise included a high school band trip to Washington, D.C. A panoramic photo from that 1997 trip was a long-time fixture at the Moline Applebee's, before it was removed during a renovation there years ago.

President-elect Joe Biden's inauguration Wednesday marks her Plunk's fifth, starting 16 years ago with President George W. Bush's second term. Plunk says the thrill of the event never ceases to amaze her, though this year will look much different from years' past.

RELATED: What is the schedule for Joe Biden's inauguration?

While the scenes of jubilant crowds and warm embraces between the outgoing and incoming presidents will be notably absent this year, the soundtrack will remain the same thanks to Plunk and the Marine Band's dedication to the traditions of American democracy.