The company says its 140 million dollar investment will create more than 60 new jobs in the community. 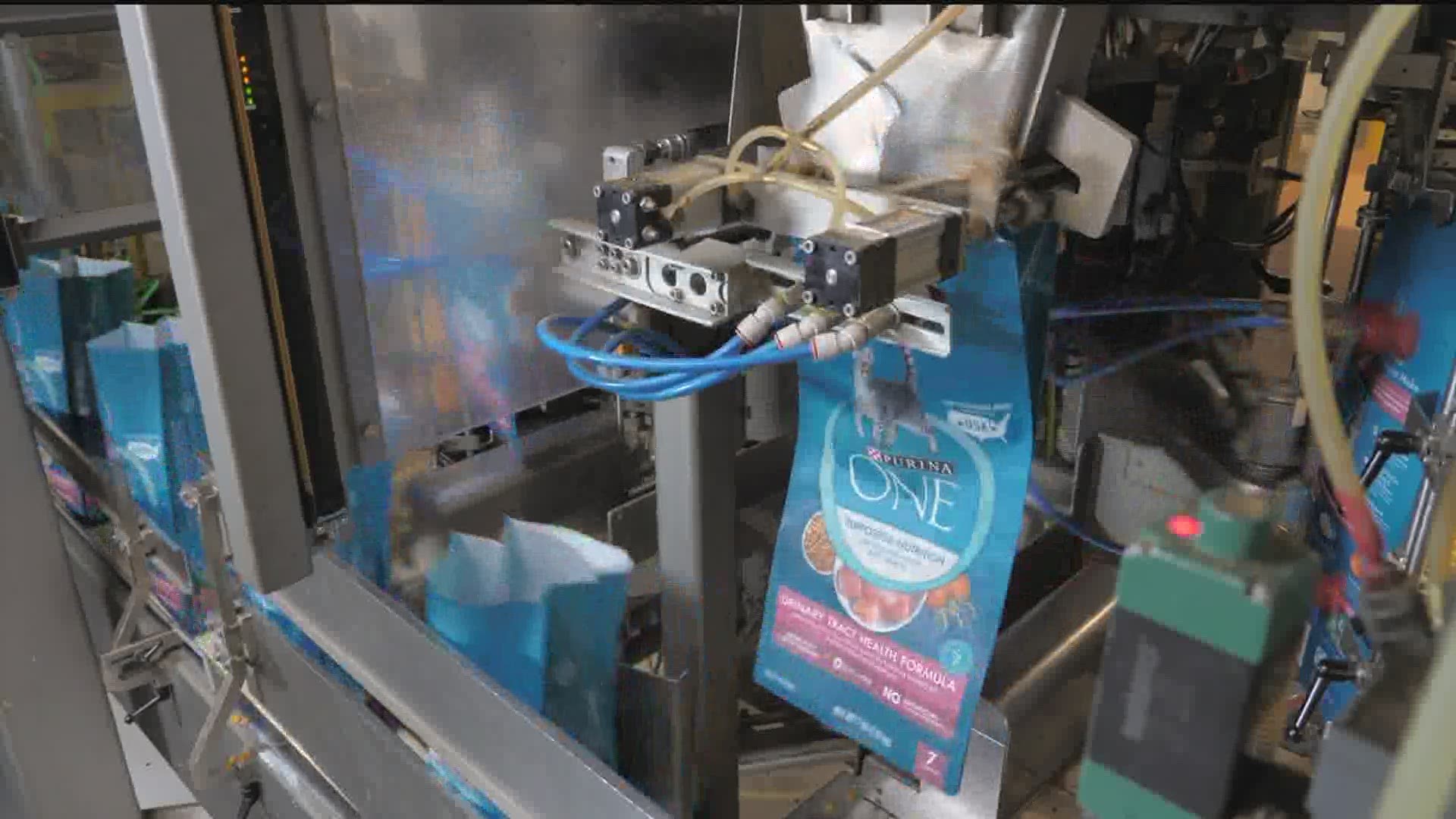 CLINTON, Iowa — Nestlé Purina announced on Friday, February 21st that it would be expanding its factory in Clinton and creating many new jobs.

The company says the expansion involves a 140 million dollar investment that will create over 60 new jobs, on top of the over 350 people currently employed. The investment is reportedly being made due to increased demand for its dog and cat food. The expansion will add new processing and packaging lines for the production of “dry,” or kibble-based, pet foods.

Governor Kim Reynolds commented on the announcement, saying, "This announcement represents a significant expansion in jobs and infrastructure for rural Iowa. Opportunity lives here, and we are working every day to make Iowa a beacon of economic prosperity. I want to congratulate Purina for 90 years of continued growth and success here in the Hawkeye state."

The expansion is expected to be completed by 2023.