2 National Guardsmen struck by lightning near Lafayette Park during protests 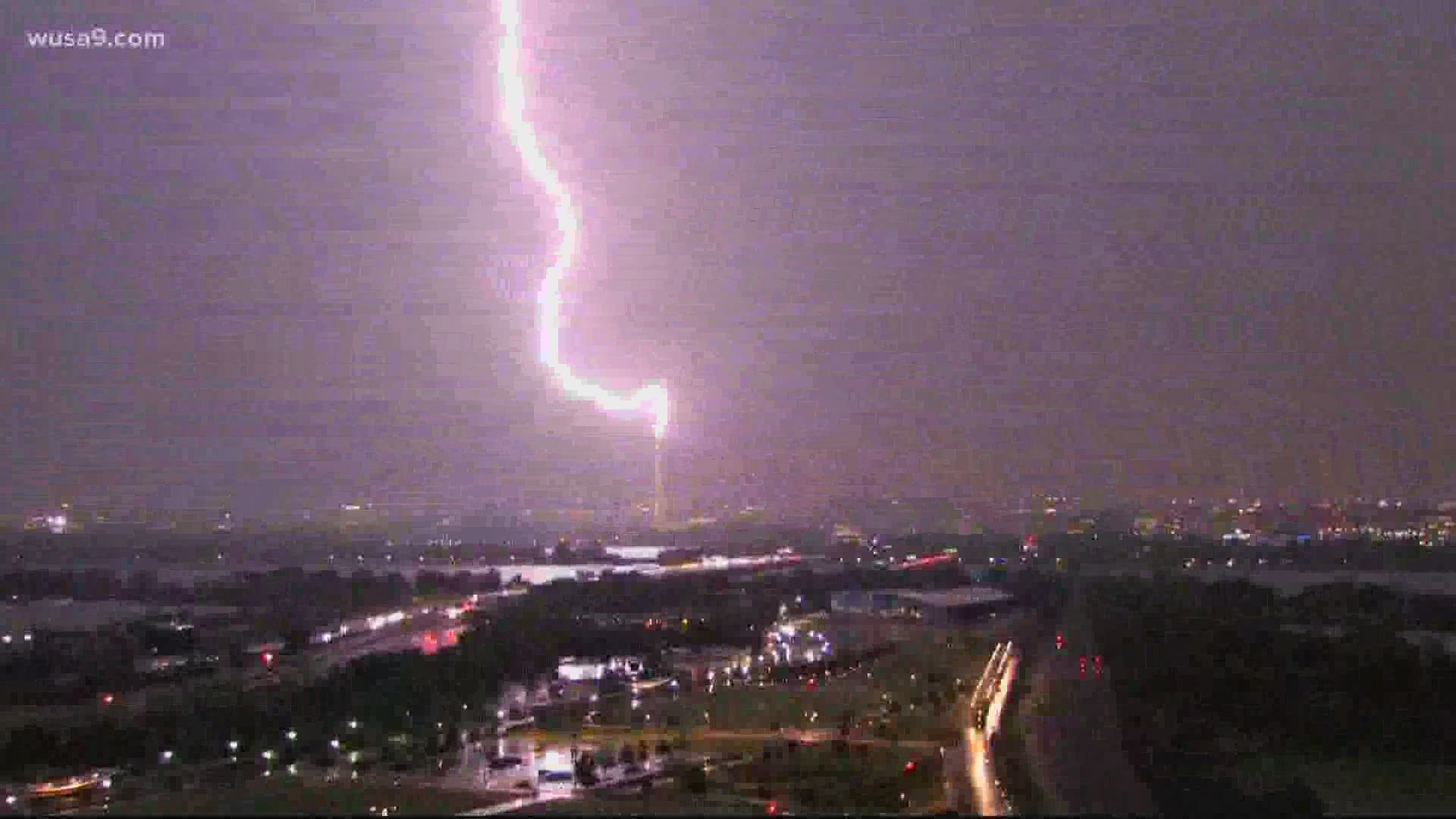 WASHINGTON — Two military personnel were injured after being struck by lightning near Lafayette Park on Thursday, D.C. Fire and EMS officials said.

The National Guardsmen were struck within the Lafayette Park perimeter -- the epicenter of "Justice For George Floyd" protests in D.C. -- shortly after midnight, officials said.

Both of the officers were taken to a nearby hospital with non-life-threatening injuries.

During the seventh day of protests, severe weather cleared out many protesters. But a few remained through the downpour in the area of Lafayette Square past midnight.

D.C. did not impose a curfew on Thursday night after zero arrests were made Wednesday night, Mayor Muriel Bowser said.

There were fewer crowds seen in the District on Thursday, but there continued to be a strong military, police, and riot control presence, in the midst of peaceful demonstrations around Washington.

The three officers who were involved in the incident have also been charged.

D.C. was among cities across the nation who held protests since Friday night, demanding justice after George Floyd's death.

RELATED: Thousands kneel in silence at 'die-in' organized by teens at MLK Memorial