Protesters call for removal of Columbus statue in Buffalo

A group of people protested the statue in Columbus Park on Niagara Street, which has renewed calls for its removal. 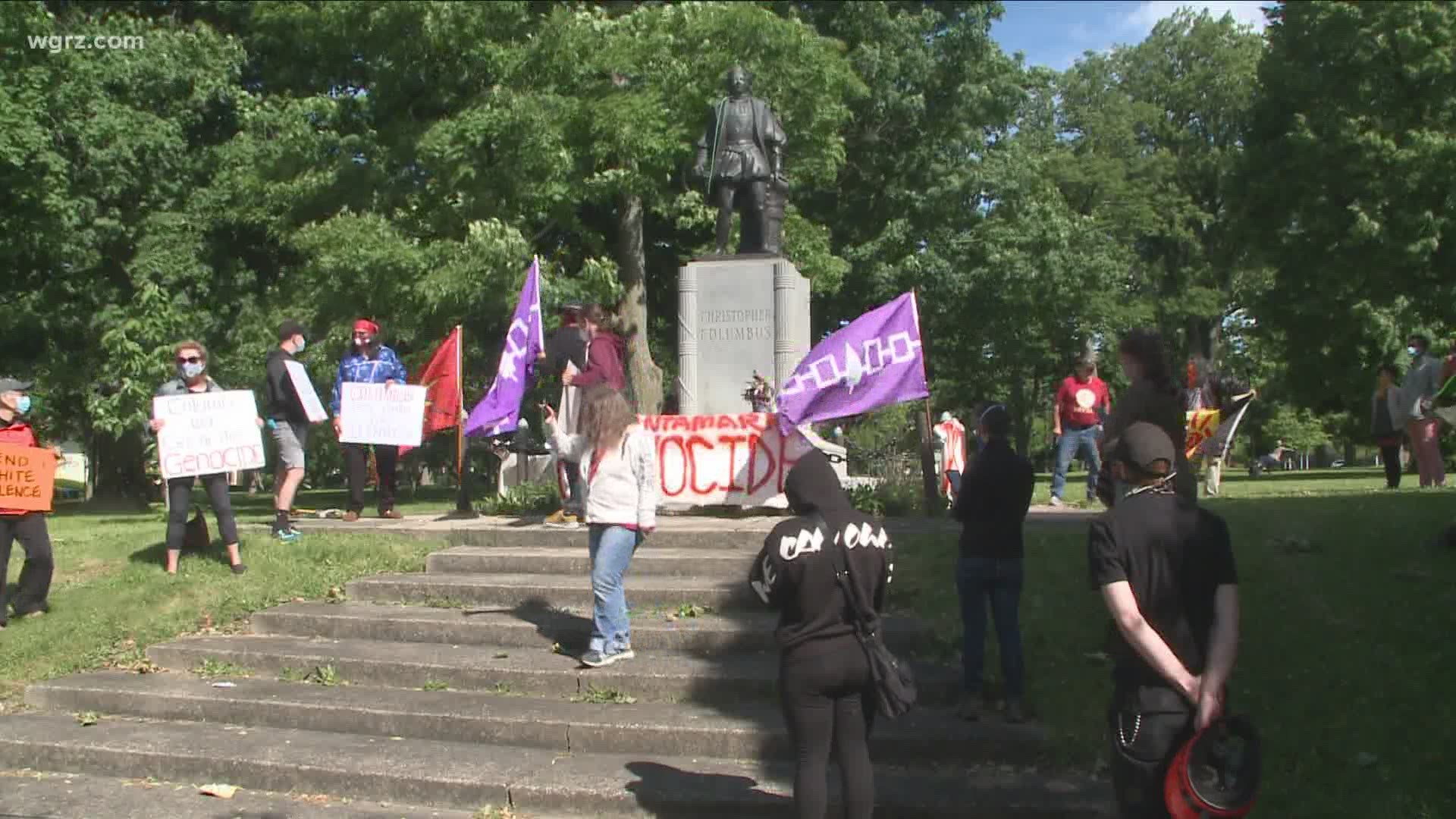 BUFFALO, N.Y. — Protesters gathered Sunday morning at Columbus Park to call for the removal of a statue of Christopher Columbus.

This comes in the same week as a petition gained renewed attention, which calls for not only the removal of the statue, but for the park to be renamed as well.

The petition currently has more than 4,500 signatures.

2 On Your Side photojournalist Tyler Weber was at the park, which is located on Niagara Street, to capture the protest.

By his count, about 20 to 30 people had gathered by 10:45 a.m. The protesters were holding signs and flags.

There have been a few campaigns to get rid of the statue with advocates pointing to Columbus' role in the deaths of so many Native Americans. Columbus defenders, including New York Gov. Andrew Cuomo, say he's an important part of Italian-American history.

"I understand the feelings about Christopher Columbus and some of his acts, which no one would support," Cuomo said. Unlike what we've seen in some other cities, though, no one was there to tear it down. The organizers there say this was to bring attention to the call to remove it and make their case to do that.

In 2017, someone splattered it with red paint, and two years prior, someone spray painted the words "rape" and "genocide" on its base.