Protester claims he was hit intentionally by Iowa governor's vehicle 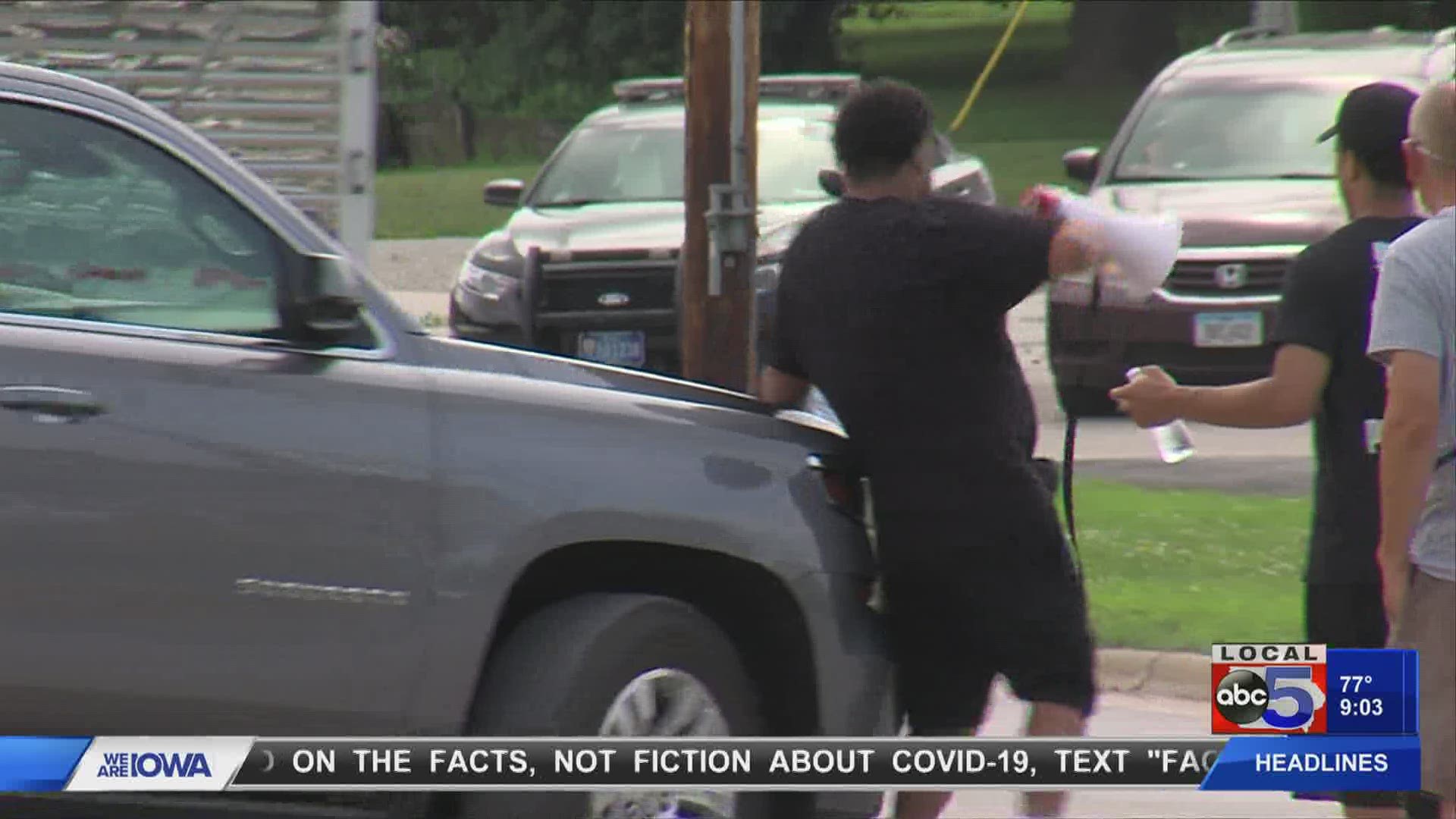 ACKLEY, Iowa — Protesters were in Ackley on Tuesday at the same time as Gov. Kim Reynolds.

The driver didn't stop, and the vehicle bumped into Jaylen Cavil.

"[I] wanted to see if I could stop the vehicle so I could talk to Kim Reynolds, so I stood up in the street a little bit and instead of the driver stopping, the driver who was driving Kim Reynolds' SUV, instead of stopping, he actually decided to speed up and drive through me," Cavil said.

Iowa State Patrol issued the following statement regarding the incident:

Today, the Iowa State Patrol investigated an incident that occurred near Ackley, Iowa, involving a demonstrator and a state-owned vehicle transporting Governor Reynolds.

The demonstrator did not appear to suffer any injury, made no request for medical attention, and immediately began shouting obscenities at the responding personnel. The demonstrator and his group then proceeded to block members of the Iowa State Patrol from leaving the area.