Illinois only has 9 covered bridges statewide and two of them happen to be in Princeton. 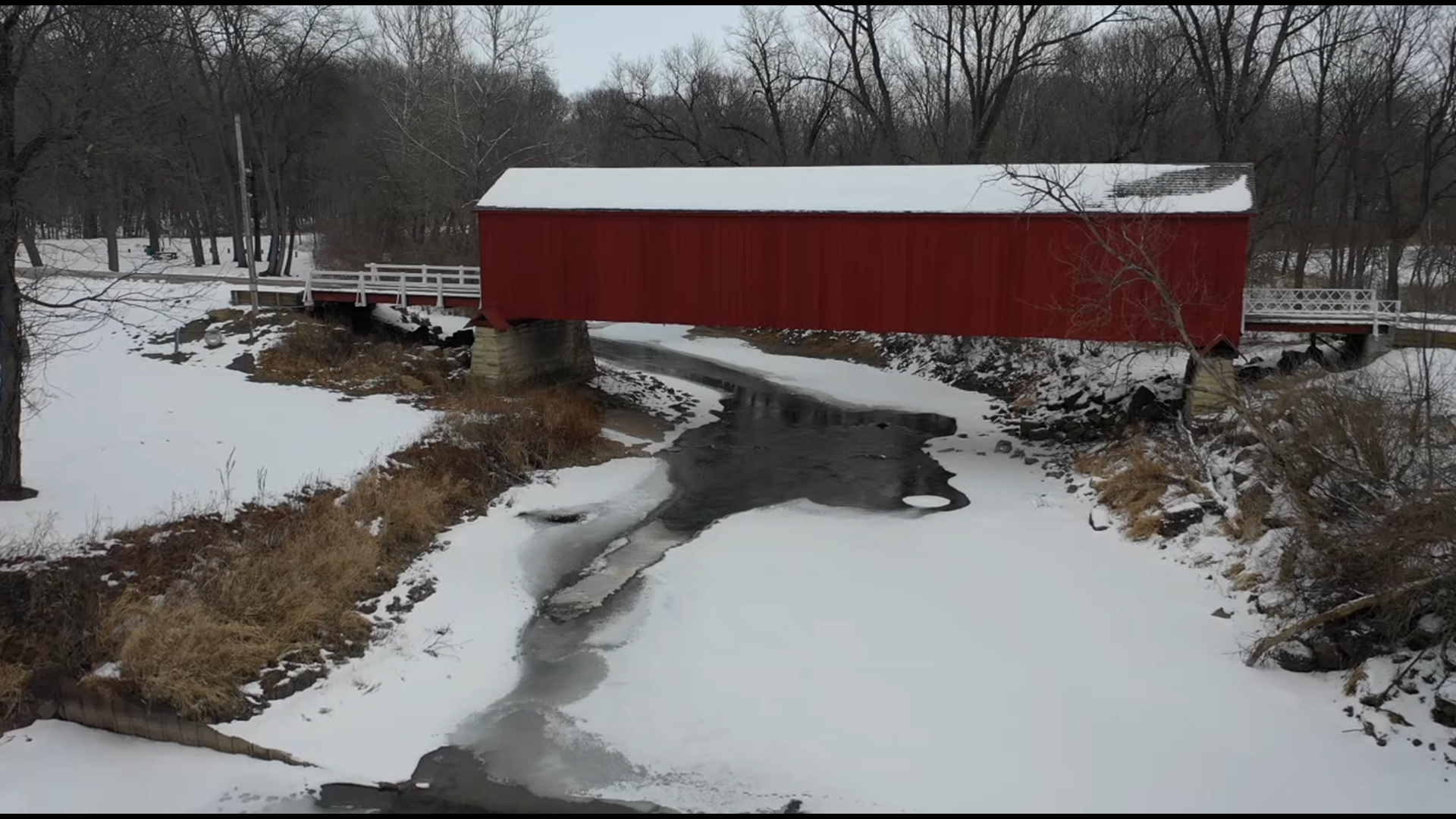 PRINCETON, Ill. — Illinois has only nine covered bridges recorded statewide. Two of them happen to be in Princeton, an hour east of the Quad Cities.

It was once part of the Peoria-Galena Trail, crossing over Big Bureau Creek.

The bridge is open to one lane traffic. It is one of five covered bridges in Illinois still open to vehicular traffic.

The Red Covered Bridge was added to the National Register of Historic Places in 1975.

The other covered bridge in Princeton is the "Captain Swift Bridge," located about a mile west of the business district.

This bridge is more contemporary, built in 2006.

Captain Samuel T. Swift was one of Princeton's earliest settlers in the 1830s.

The bridge is a "burr arch" design, an architectural design patented by Theodore Burr of New York in 1804.

The entire structure is made of wood, with the exterior being Douglas Fir.

It has a 16-foot, 3-inch vertical clearance, 28-foot roadway width and spans 128-feet long over the Big Bureau Creek.

It currently is the only two-lane covered bridge in all of Illinois.

The Captain Swift Bridge is about a mile west of Princeton, located near the intersection of 1600 N Ave and Epperson Road.

Information is courtesy of EnjoyIllinois.com.