The kindergarten classes at Davenport's McKinley Elementary School visited the farm Friday, Oct. 1 for a field trip and spent the morning as "pumpkin elves." 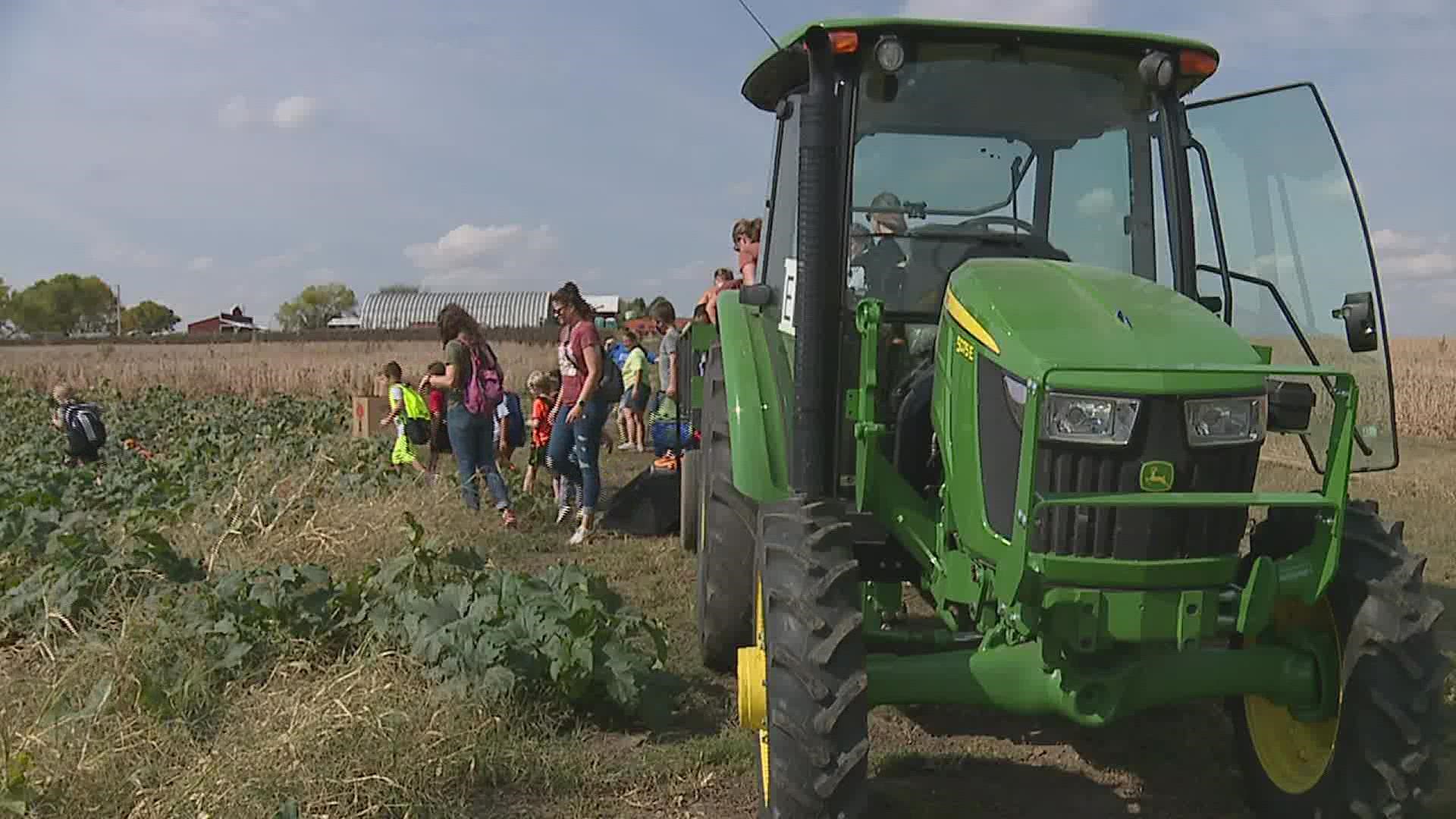 LONG GROVE, Iowa — Pride of the Wapsi opens its pumpkin patch for the 2021 season Saturday, Oct. 2. The farm features lots of family fun, including animals, corn mazes and trampolines.

Owner Lora Dierickx said the farm is busy getting everything organized for opening day. However, this year, due to the nationwide and local labor shortage, it's been short-staffed and hadn't picked any of the smaller pie pumpkins that are used for baking.

"We don't go there on the weekends," Dierickx said. "We only go to the jack o' lantern patch."

Since that area of the farm is closed to the general public, it's important to have some already picked and available for purchase when they open Saturday.

"I didn't know how that was going to happen," she said.

Dierickx decided to invite school kids to be her pumpkin pickers.

"One pumpkin they get to keep, and one pumpkin will go on a box for us," Dierickx said.

The goal was to pick around 300 of the small pie pumpkins Friday before opening day, and the kindergarteners were more than happy to help.

"They're like, 'We can pick all of the pumpkins for you,'" said McKinley teacher Kimberly Finkeldei. "They did great. I thought maybe they'd be tripping a little bit, but nobody fell, nobody got hurt. They all got their two pumpkins, one for the pumpkin fairies and one to take home."

The kindergarteners said they plan to either carve the pumpkins or eat them.

Pride of the Wapsi grows about 10 acres of pumpkins every year. Last year, it added up to around 40,000 pounds of pumpkins.