More than fifty high school students from different Iowa-side school districts competed to see who can stay afloat the longest in a cardboard box. 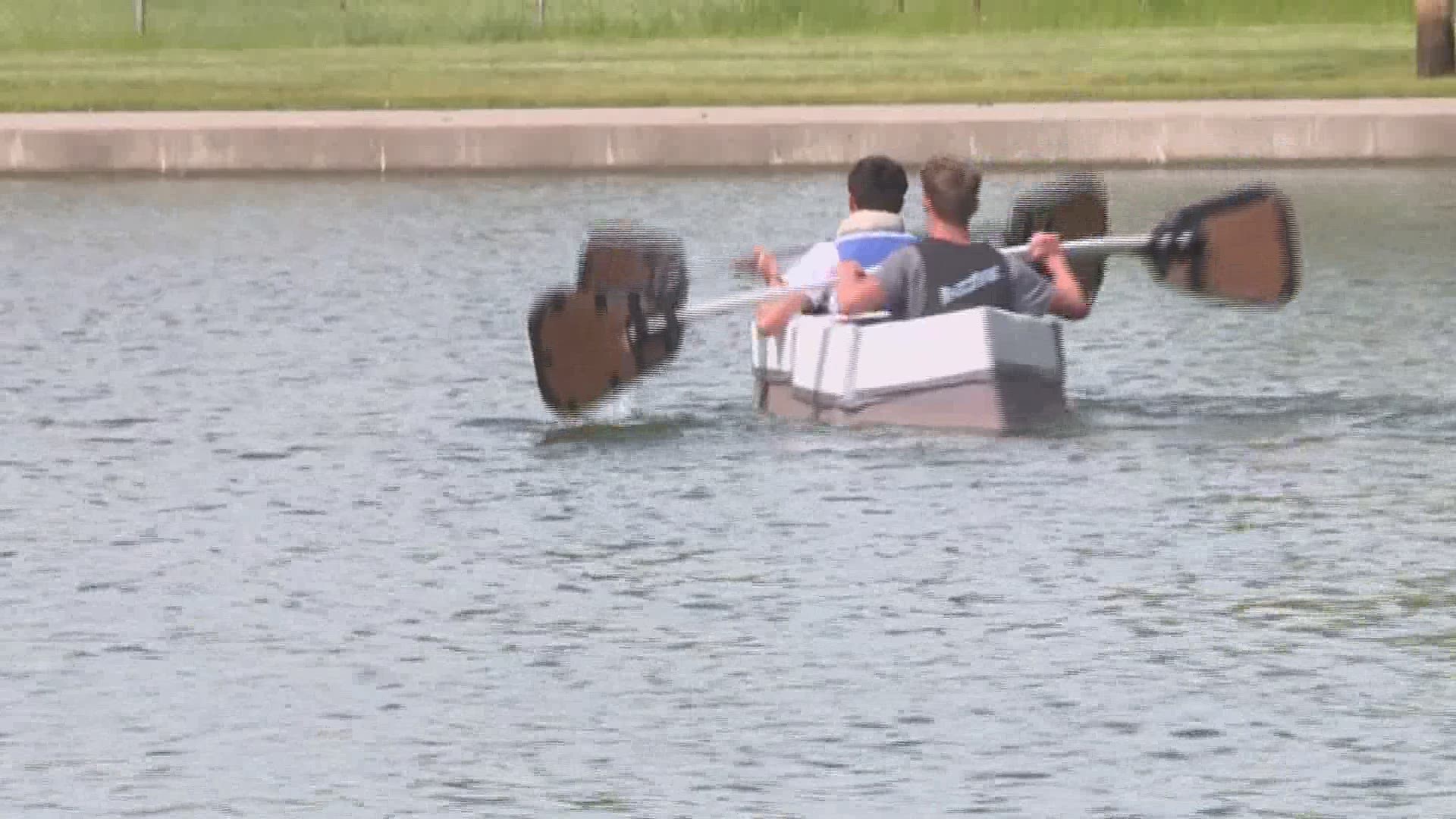 More than fifty high school students from different Iowa-side districts competed to see who can stay afloat the longest in a cardboard box.

The 12th Annual Cardboard Boat Regatta Race kicked off between Bettendorf High School, Pleasant Valley High School and North Scott High School engineering classes. The students worked in teams to create a boat out of cardboard to make it all the way around the Bettendorf Middle Park lagoon.

Even the paddles and oars had to be made out of cardboard, and they could only use duct tape and other fasteners on the edges of the boats.

"Getting in really freaked me out at first," Bettendorf Senior Robert Schwan says. "I thought we were going to sink. It was a weird feeling."

"It was a weird experience for sure," Bettendorf Junior Ethan Pogemiller says. "We got in and it felt very shaky, but then once we started going, we felt way better and more in control."

"Engineering is competitive and it gives them a chance to make it friendly, but yet see who's the best of the best," he says.

Teams from Pleasant Valley took home first and second place, going around the lagoon in under four minutes. A team from North Scott rounded out the competition in third place. The Captain America team from Bettendorf High School took home the most innovative design award.

This assignment is part of a three-part project, and the student with the most points overall will receive a $1,000 college scholarship from the Quad Cities Engineering Science Council.