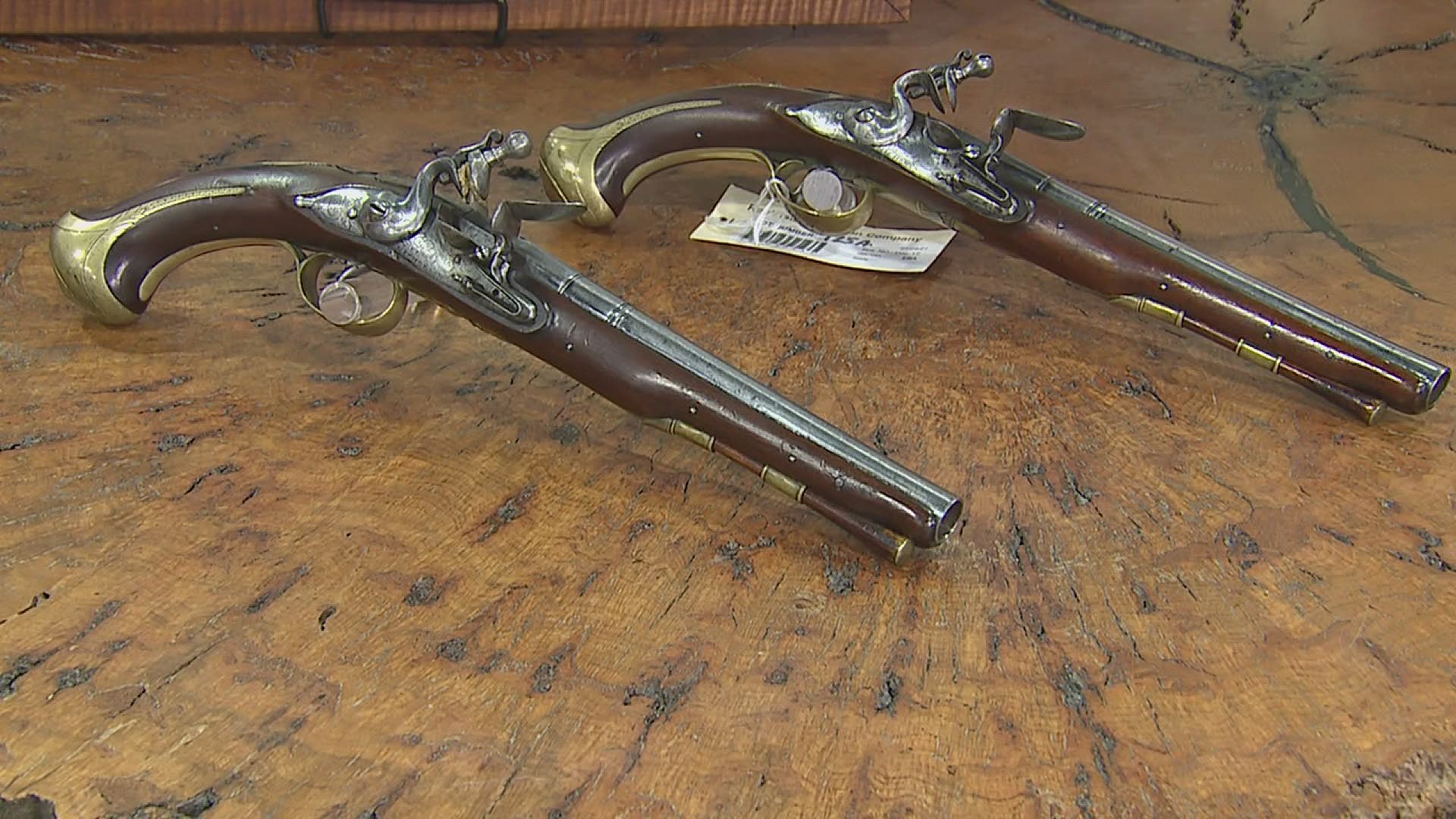 The pistols have been sold for a sum of $1 million.

As a package deal, the buyer is also receiving a pair of shoulder epaulettes, also owned by Hamilton.

The Rock Island Auction Company is preparing to sell a cool piece of American history.

The war pistols of Alexander Hamilton will be auctioned off on May 14, 2021.

"Hamilton of course had a number of roles during the American Revolution, fighter was one of them. These definitely were used in Revolutionary War. Like he would have carried these on his horse holsters, like on his pommel holsters, to bring about our nation. And it's just an incredible piece of history to be able to touch and hold in your hands," said Joel Kolander, interactive production manager at Rock Island Auction Company.

The guns were given to Hamilton by his father-in-law General Philip Schuyler.

They are flint-locked pistols and are engraved with Hamilton's initials.

But the history and story behind them still make them worthy of being in a museum, "like you would expect to see these on display at the Smithsonian and the Metropolitan Museum of Art," Kolander said.

The auction company says that the interest in the pistols goes beyond just the gun collectors.

"These are for anybody who has an appreciation for American history, firearms, the founding fathers, the Revolutionary War," Kolander said.

The pistols come with notarized letters of authentication, passed down from a great-great-great grandson of Hamilton. They remained in the family for almost 200 years, until 1942 when they were sold to a private collector.

"These letters are very specific. They're dated, they're coming from a member of the family, he lays out who he is, the great-great-great grandson of Alexander Hamilton and he describes the guns in detail so it really eliminates any guesswork there might be as to whose pistols they are," Kolander said.

Those letters are crucial when it comes to determining value.

"Anybody can claim they have a gun with a story or historical provenance but without the documentation, unfortunately it's just, just a story," Kolander said.

The pistols could sell for anywhere from $1 million to $3 million.

"I would be very surprised if they didn't end up in the top ten most expensive firearms ever sold. And I say that because we've sold the majority of those firearms already. And this being the top estimate that we've ever offered, it's gonna be near the top of that list," Kolander said.

Whatever they sell for, someone is going to own a really neat piece of American history.

You can watch the auction live on Friday May 14, 2021 to see what they sell for! The company will go live on their website that morning. 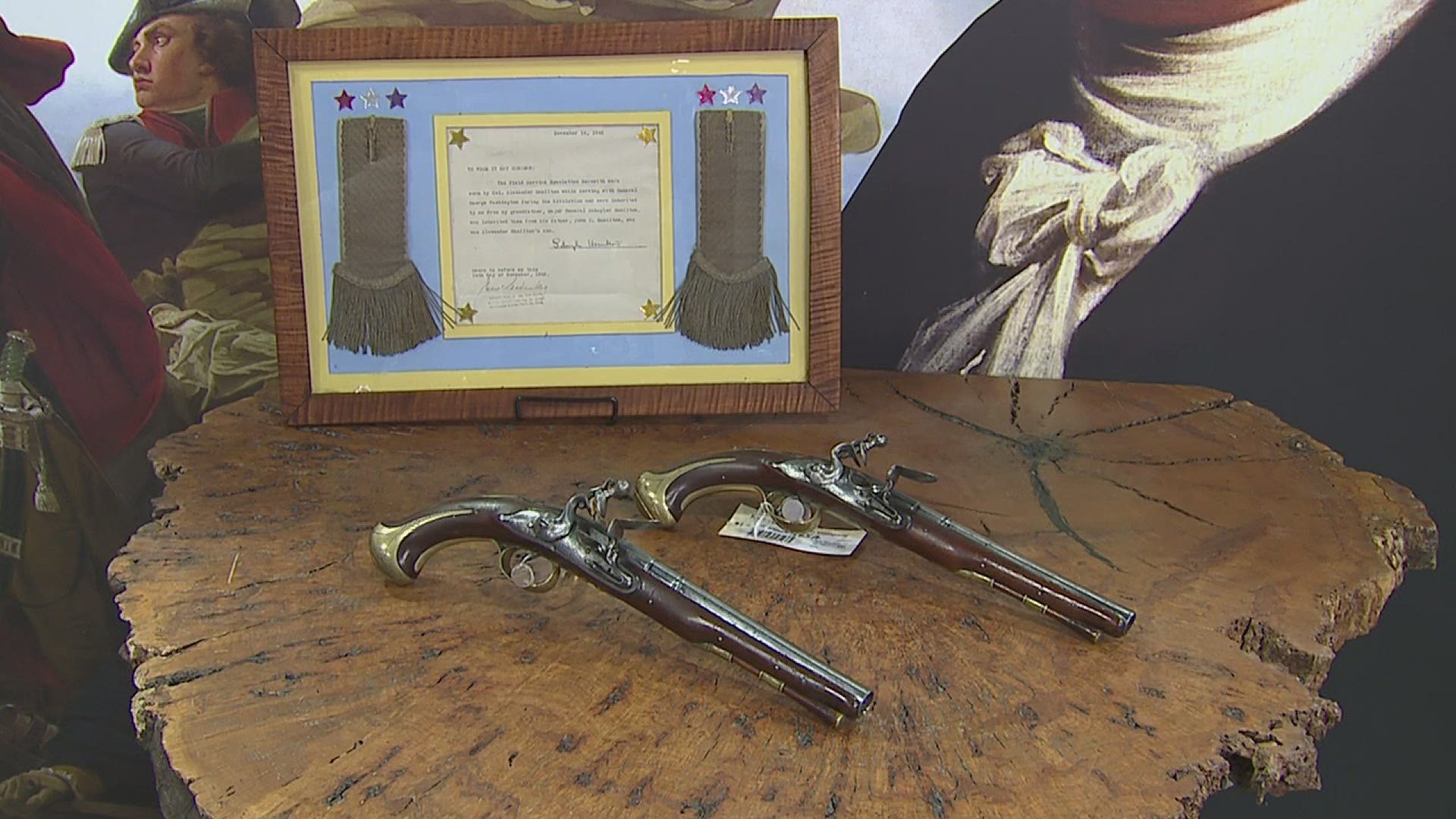