It also asks Mayor Byron Brown to rename Columbus Park on the city's West Side. 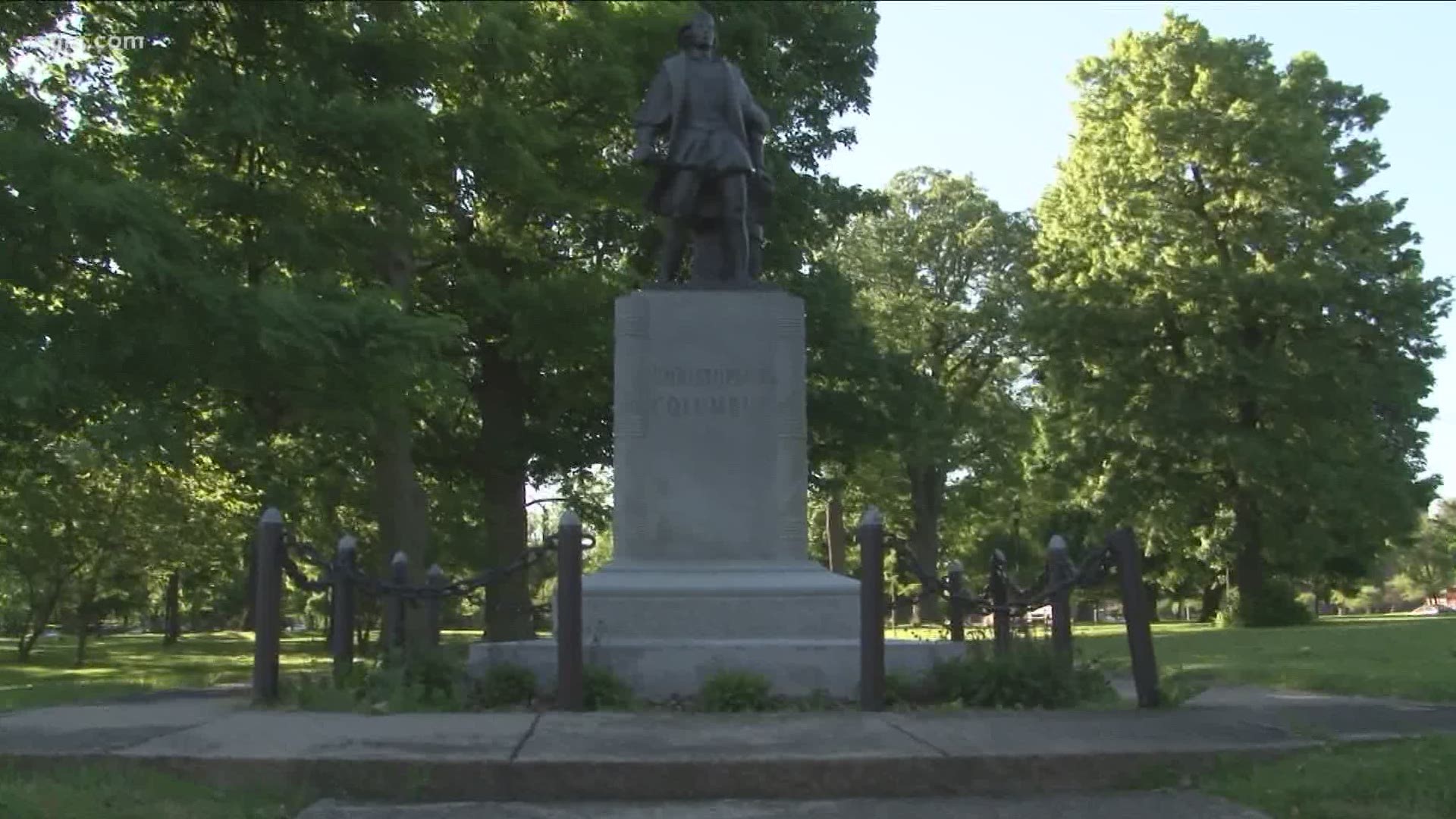 BUFFALO, N.Y. — A petition is asking Buffalo Mayor Byron Brown to remove the statue of Christopher Columbus and rename Columbus Park on Buffalo's West Side.

The petition, with more than 4,400 signatures, is gaining attention because of recent events nationwide, where protesters have vandalized or taken down similar statues, given Columbus' history of slavery and violence toward Native Americans

The Columbus statue in Buffalo has caused controversy for years.

In 2017, someone splattered it with red paint, and two years prior, someone spray painted the words "rape" and "genocide" on its base.

When asked if the Columbus Statue in Manhattan be removed, Governor Andrew Cuomo told reporters Thursday that he didn't agree with the idea, saying it signifies appreciation for the Italian-American contribution to New York.

"I understand the feelings about Christopher Columbus and some of his acts, which no one would support," Cuomo said.

2 On Your Side reached out to Mayor Brown for a response. We did not get an immediate response.