Billboards being placed in the area are encouraging people to go vegan. 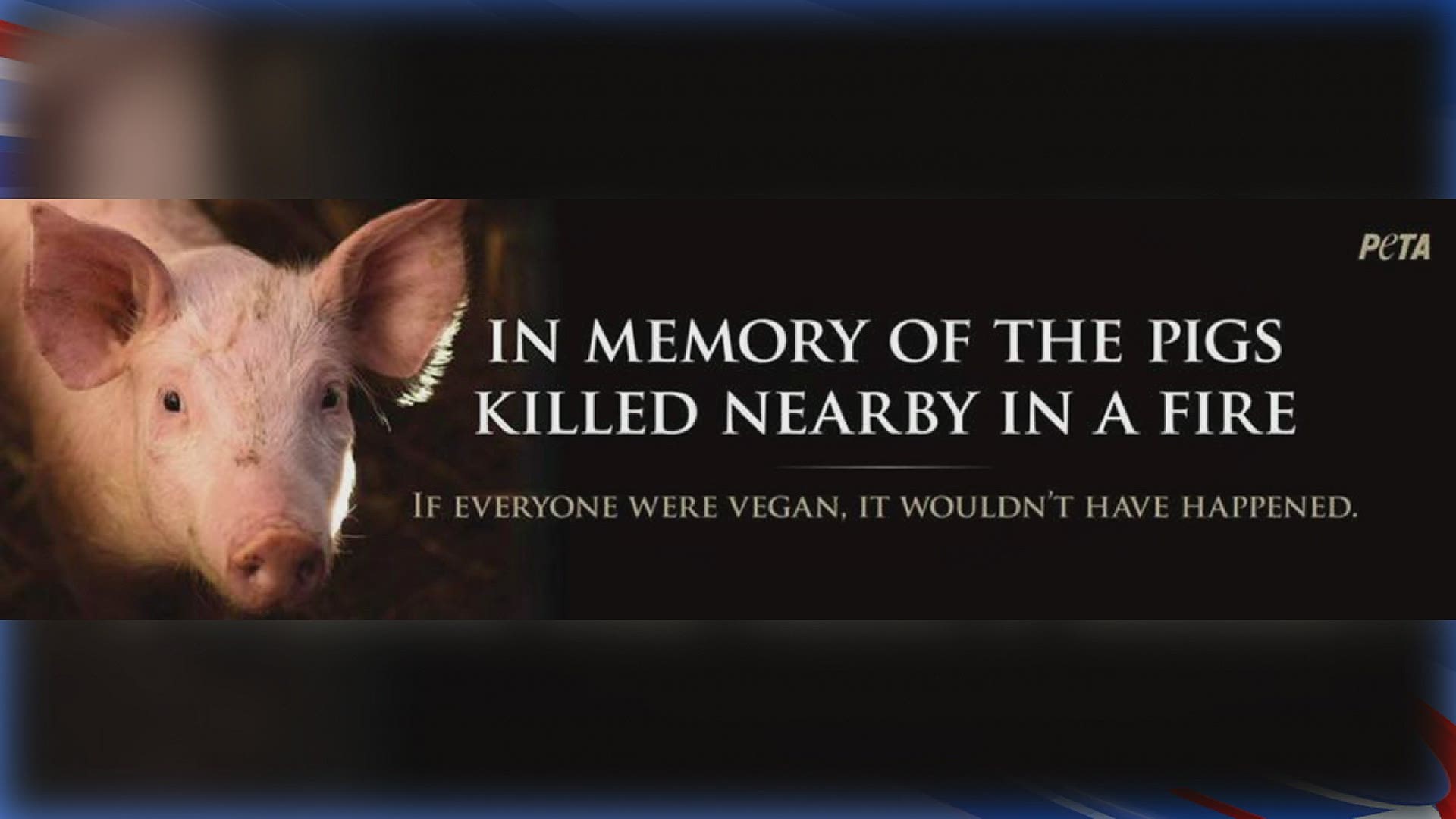 An animal rights advocacy group says non-vegans are to blame for the deaths of pigs that were killed in a hog containment fire on Valentine's Day.

People for the Ethical Treatment of Animals (PETA) is placing billboards in the area in honor of the pigs who died in the February 14 fire, according to a statement from the organization.

RELATED: Fire breaks out at hog containment near Sherrard

The organization said the billboards are aimed at pointing out "who's responsible for their deaths: everyone who hasn't gone vegan."

“Each of these pigs was an individual who felt pain and terror as smoke and flames engulfed them,” says PETA Executive Vice President Tracy Reiman. “PETA urges everyone to practice kindness to sensitive pigs—as well as chickens, cows, and other animals—by going vegan.”

Previous reports indicate that the family who owns the farm said the building was about half-full of pigs, who could not be saved.

The fire was believed to be caused by an electrical malfunction, but remained under investigation.