Person thrown from their motorcycle in crash in Oquawka 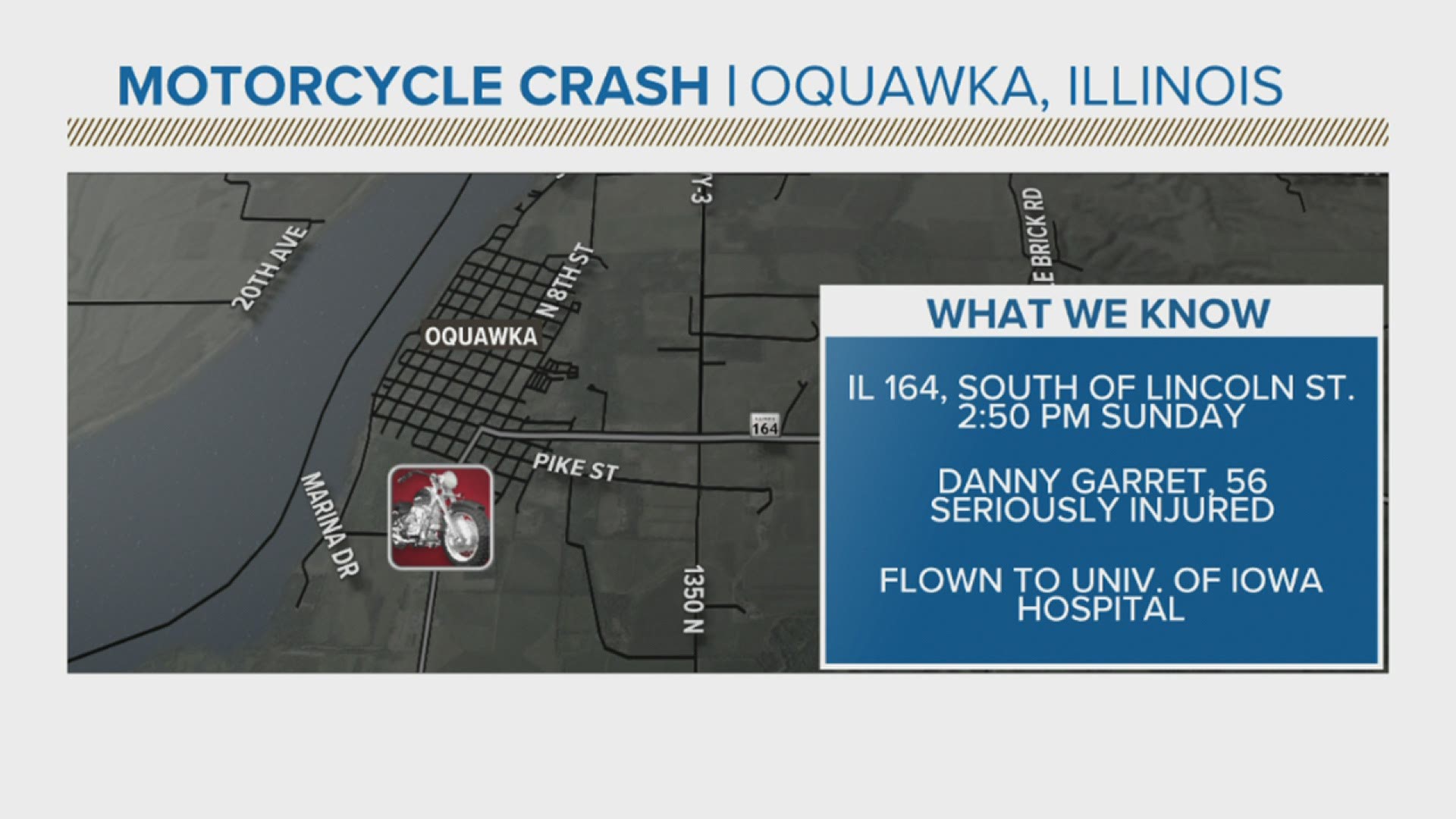 A motorcyclists is fighting for his life after a serious crash Sunday afternoon, May 2nd.

The Henderson County Sheriff's Office says 56 year-old Missouri resident Danny A Garrett was out for a ride around 3.

Emergency crews were called to Illinois Route 164, south of Lincoln Street in Oquawka. Garrett was riding south when he lost control of his bike. He hit a guardrail and was thrown from the motorcycle. He was airlifted to Iowa City. No word on his condition.