Woman hit by car on tow in Davenport dies from injuries

The woman was hit in a gravel lot behind a gas station on River Drive. 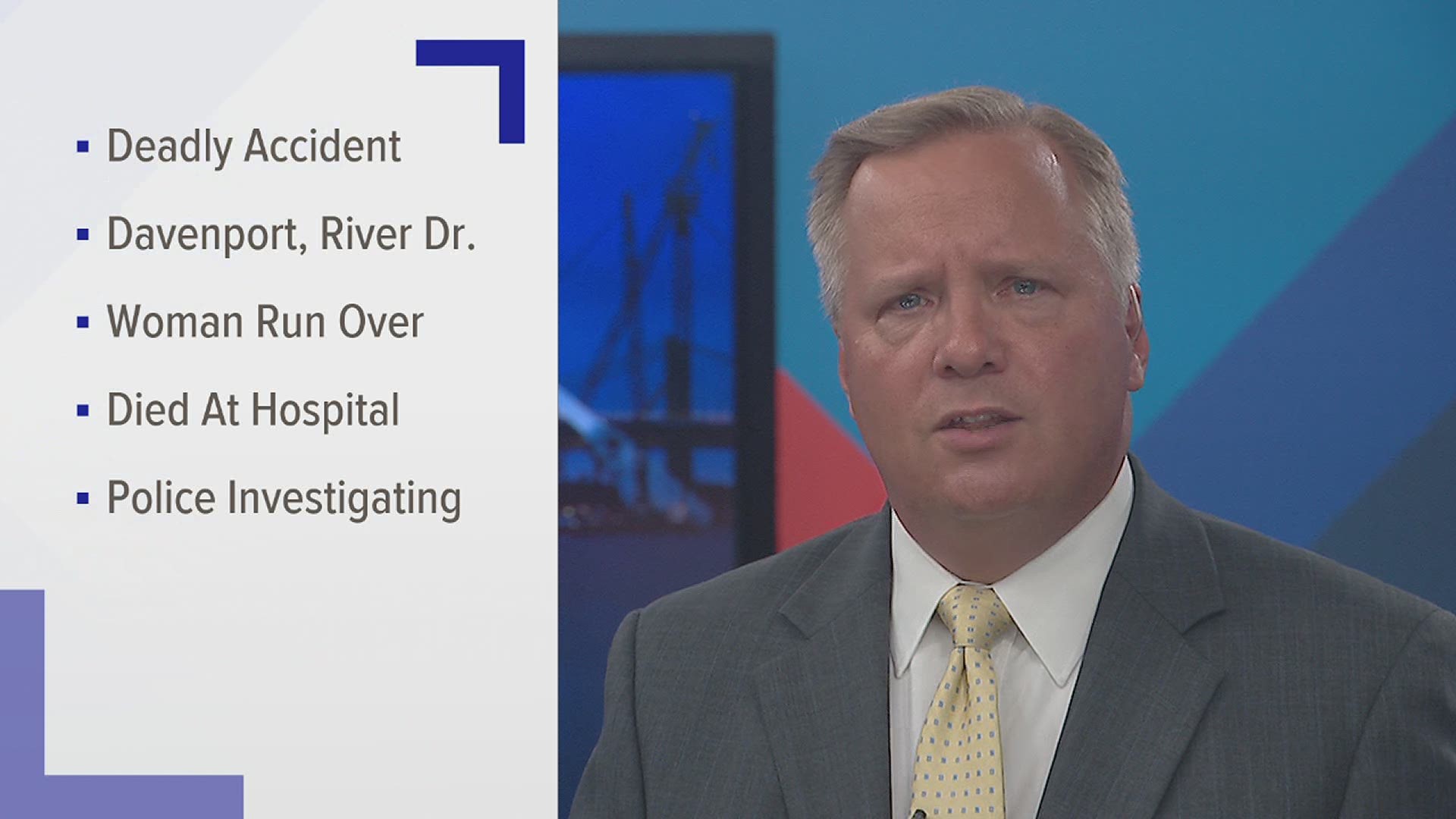 DAVENPORT, Iowa — A woman died from injuries she sustained after being run over by a car that was on a tow, according to a statement from the Davenport Police Department.

The car was being towed by a pickup truck through a gravel lot behind a gas station on River Drive, near the intersection of Myrtle Street.  Police said it hit the woman shortly before 7:30 p.m. on Monday, July 19.

The woman, who has not been identified, was taken to a nearby hospital where she died from her injuries, according to police.

Police said they were working to notify her family. An investigation is underway.