This man’s charity work is being recognized by the community – and it all started with a bowl of soup. 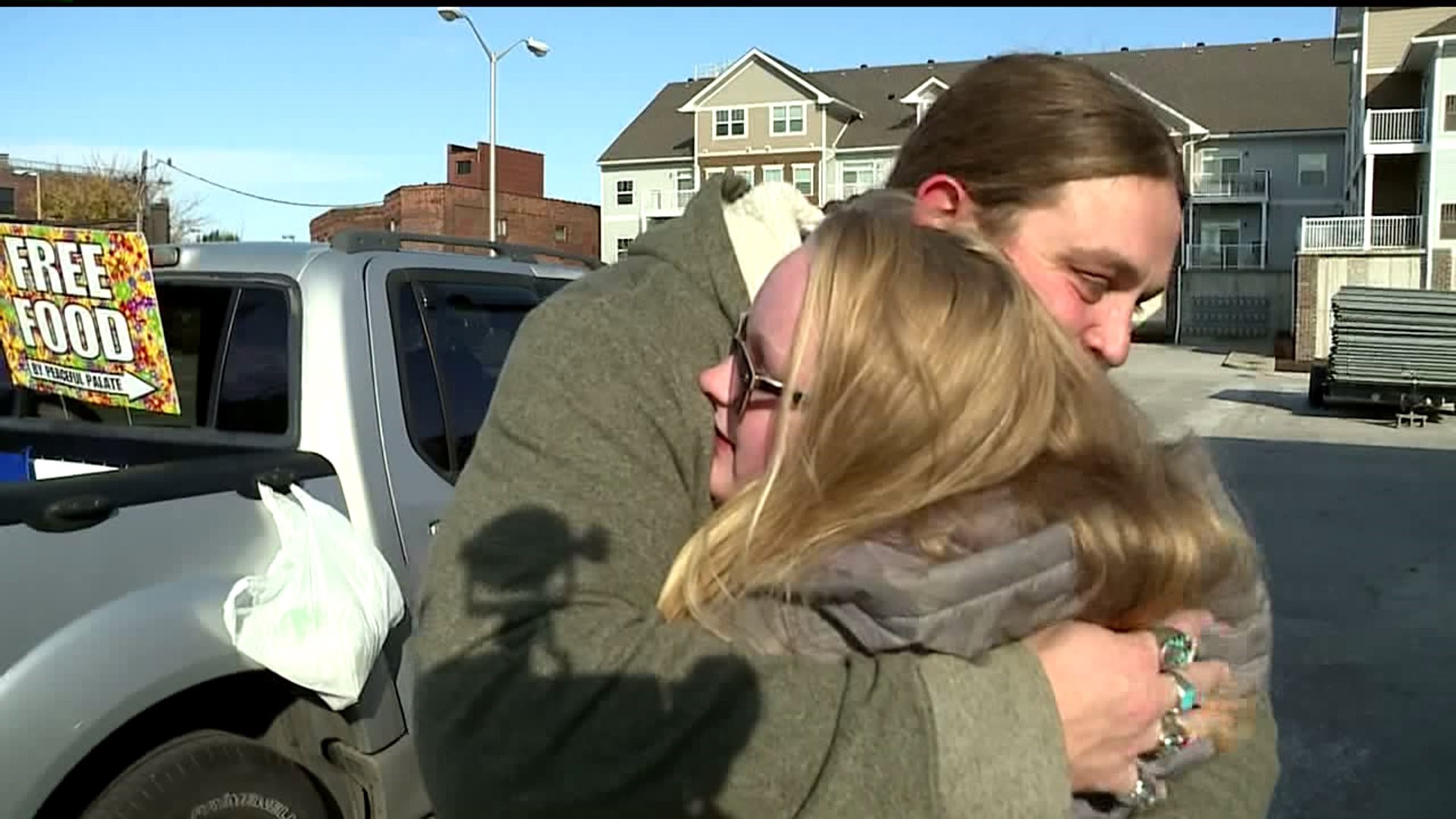 ROCK ISLAND, Illinois-- For the past four years Kyle Verschorre has been serving up warm meals to people all over the Quad Cities and it all started with a bowl of soup.

"We took chili up to a park in Rock Island and put signs on the street and gave it away and it turned into restaurants and chefs and banquet halls giving us food monthly that we can now go back on the streets and give food away for free," said Verschorre.

That experience created what is now the non-profit Peaceful Palate.

It's more than just helping those in need but being there when the community is struggling like during the historic flooding in Downtown Davenport in the Spring of 2019.

"Places that we frequented the community itself was involved and effected by everything that happened down there so we tried to just show that we're out there.. that we care," said Verschorre.

"There are people who don't have as much stuff as we do and so it's just nice to help them with stuff they need," said Kaylee Nelson. Nelson felt it was time to return the favor by nominating Verschorre for the Pay It Forward award sponsored by Ascentra Credit Union.

"I want to thank you so much for nominating Kyle for our Pay It Forward he's obviously a good example of listening caring and doing what's right," said Jennifer Naeve with Ascentra Credit Union.  "I'm giving this to you to Pay It Forward to him thank you."

Nelson and her family braved the cold to surprise Kyle as he was serving breakfast outside the Metro Station in Downtown Rock Island.

"On behalf of WQAD and Ascentra Credit Union I nominated you for Pay It Forward for all the good work that you do with Peaceful Palate," said Nelson.

"I'm choked up about it there's so many great people out here that want to help and give back that don't that there's opportunity to do this we are all wasteful in some sort of way and this is an opportunity to give back," said Verschorre.

Putting everyone's leftovers to good use.

If you know of someone doing good things in your community, someone who shows the core values of Ascentra Credit Union, which are Listening, Caring and Doing What's Right, why not Pay it Forward?