Marshall "Howdy" Hogren loves baseball and taught himself how to repair gloves and bat bags. 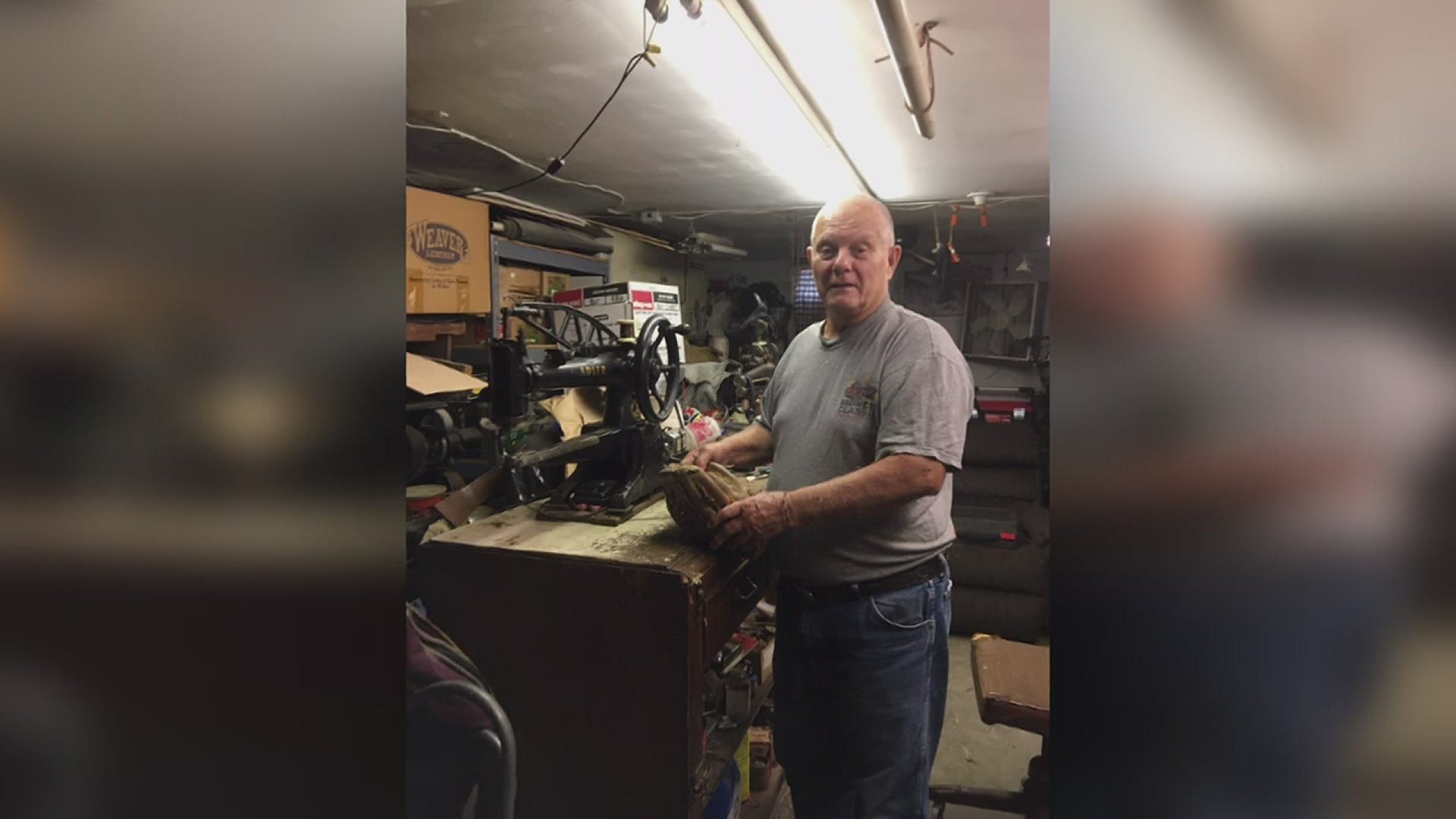 ORION, Ill. — Baseball is about giving it your all. Those who play at the ball diamond in Orion know that sentiment, because they've always had one man in their corner.

"He's there for the kids," Tom Johnson said.

Johnson nominated his life long friend Marshall "Howdy" Hogren for the Ascentra Credit Union Pay It Forward award, which recognizes those who are doing good in our communities.

Johnson says Howdy's been fixing up ball gloves and bat bags for kids for decades. Howdy taught himself how and never charges for the work. Johnson says he doesn't care what team the player is on, he's ready to help.

"It's really nice to know you have somebody to go to," Johnson says. "To not have to throw the baseball glove away."

Kile, Johnson's grandson, has had broken gloves before. He says Howdy was ready with his tools.

"It's nice to know there are still people like that out there," Kile said, "who'll do stuff like that and if you need something, they'll be there."

About a half dozen friends and neighbors gathered at Love Park to surprise Howdy who thought he was there for a baseball game.

"He might not want to take the award, but we're gonna make him take it because he deserves it," Kile says.

Howdy pulled up with his neighbor Cheryl. Johnson was ready with the $300 gift from Ascentra Credit Union to Pay It Forward.

"Well, we'll give it to you. You deserve it," Howdy replies.

"No, you deserve it," Johnson explains. "For all the work you've done for these kids. Putting baseball gloves together. Restringing things."

"Well I'll make sure someone gets that who can use it."

Howdy says he had no idea.

"I don't have any words for it," he says, "because he's always been a good friend and we coached together."

Those years of memories are still clear for Howdy. He's in his mid 70s but says he still remembers sliding in to steal the bases back when he played

"Tom and I had a lot of good teams. A lot of good memories. Boy, do they go by fast," Howdy says.

These memories are even more precious. Howdy's been battling prostate cancer for several years, making this surprise even more touching.

But Howdy says he can't keep this money. He'll donate it to the little league in Orion.

"Always remember them kids growing up, just like I did," he says. "So long as they get a chance to play. That's the main thing."

He's helping ensure many more kids get to play the game he loves. And he says he'll be there for them as long as he can to patch up those broken gloves.