Elizabeth VanCamp co-founded the Minnie Fridge in December 2020, and it continues to grow. 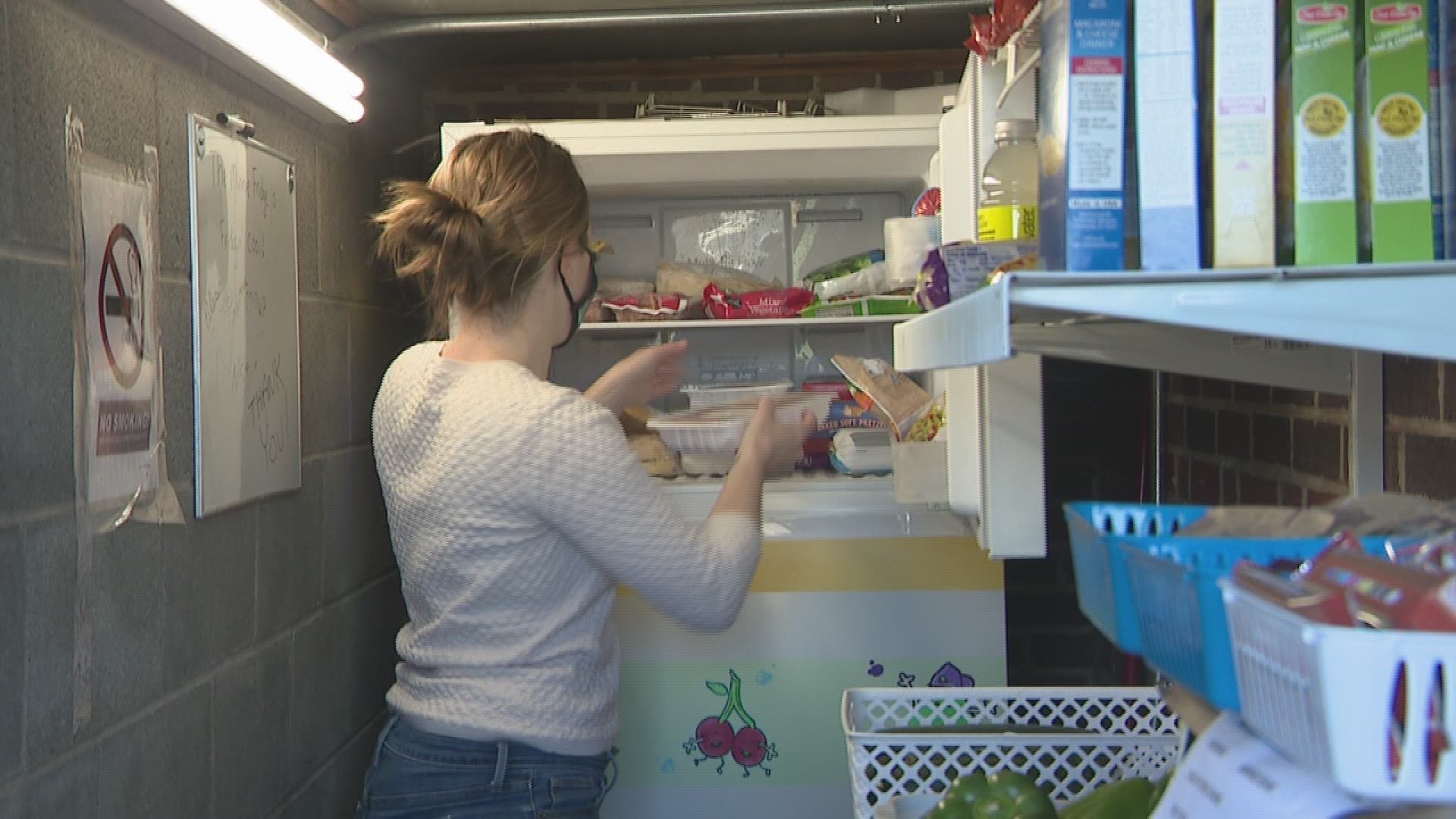 DAVENPORT, Iowa — A new, unique food pantry on the west side of Davenport is picking up steam.

Elizabeth VanCamp helped establish the Minnie Fridge in December 2020. She says she saw a need in the area and wanted to do something about it.

Now, every week, she and a team of volunteers makes sure the pantry is stocked so the people living in the area have something to eat..

"Before I knew it, we had a fridge, we had a space, and we've just been rolling ever since," she says. "Asking for help no matter what can be really difficult but especially in a year like this past year."

Terri Preston is one volunteer, donating and dropping off food. She says it's open seven to seven every day of the week.

Elizabeth's hard work and dedication is why Terri nominated her for the Pay it Forward award. That comes with a $300 award to help keep doing good in the community.

"I'm so excited," Elizabeth says. "I just think it's so fantastic that we were nominated by someone who has done so much work for the fridge."

Elizabeth says the money will be put to good use.

"Maybe we'll hold onto it and use it for some of the needs we have as we grow," she says. "I'm not quite sure yet.

But one thing's for sure, this community is working to make sure nobody goes hungry.

You can help the Minnie Fridge by going to its Facebook page.