“We like our residents to have the best rest of their life, and she exemplifies that,” said Emily Miller, Davenport Lutheran Home 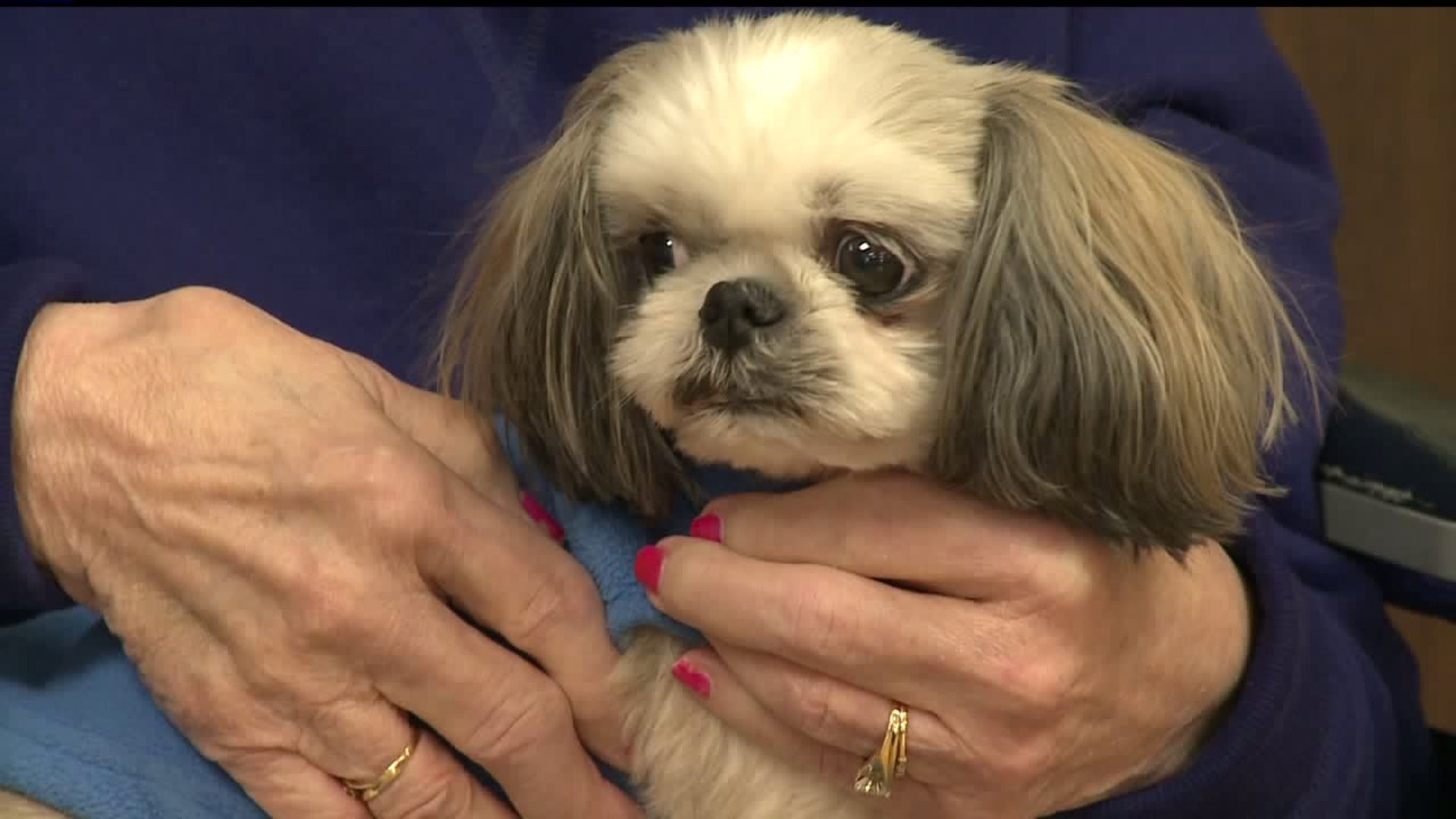 "He walks down the hall, and everyone's yelling for the dog," said Kelly Dirksen, an occupational therapist at Davenport Lutheran Home.

And Peanut's got a lot of love to share at the senior facility.

"Everyone wants a chance to hold him," Kelly continued.

Always a lap baby with his owner, Pat Early, Peanut had to make a tragic stop at hospice before she passed away in October.

"It was just me, Peanut and her in the room," Kelly recalled.  "I put him in bed with her, and they said their goodbyes."

From that emotional farewell, there's a new beginning.  Kelly adopted Peanut and made him a therapy dog.

"We like to say we're champions of the journey," said Emily Miller, who nominated Kelly for a Pay It Forward award.

"We like our residents to have the best rest of their life, and she exemplifies that," Miller said.

That's why Victoria Keninger from Ascentra Credit Union is stopping by.

"Emily, thank you for nominating Kelly," she said.  "She's a great example of what we believe in at Ascentra Credit Union - listening, caring and doing what's right.  On behalf of Ascentra, I would like to present you with $300."

"On behalf of WQAD News Eight and Ascentra Credit Union, we'd like to present you with $300 to Pay It Forward," she said.

These days, Peanut, 10, a Shih Tzu, prances around the therapy room and spends his nights at home with Kelly and her family.  He offers friendship, encouragement and lots of love.

"Pet therapy is a great thing for people that are in the hospital," she concluded.  "It brings them a lot of joy.  And just to see their faces when they hold the dog."

At the Davenport Lutheran Home, that's the prescription for good health.