2020 JEFFERSON AWARDS: The Pair With Purpose... and a Really Big Closet

These teenage twins are using their inspiring story to help others 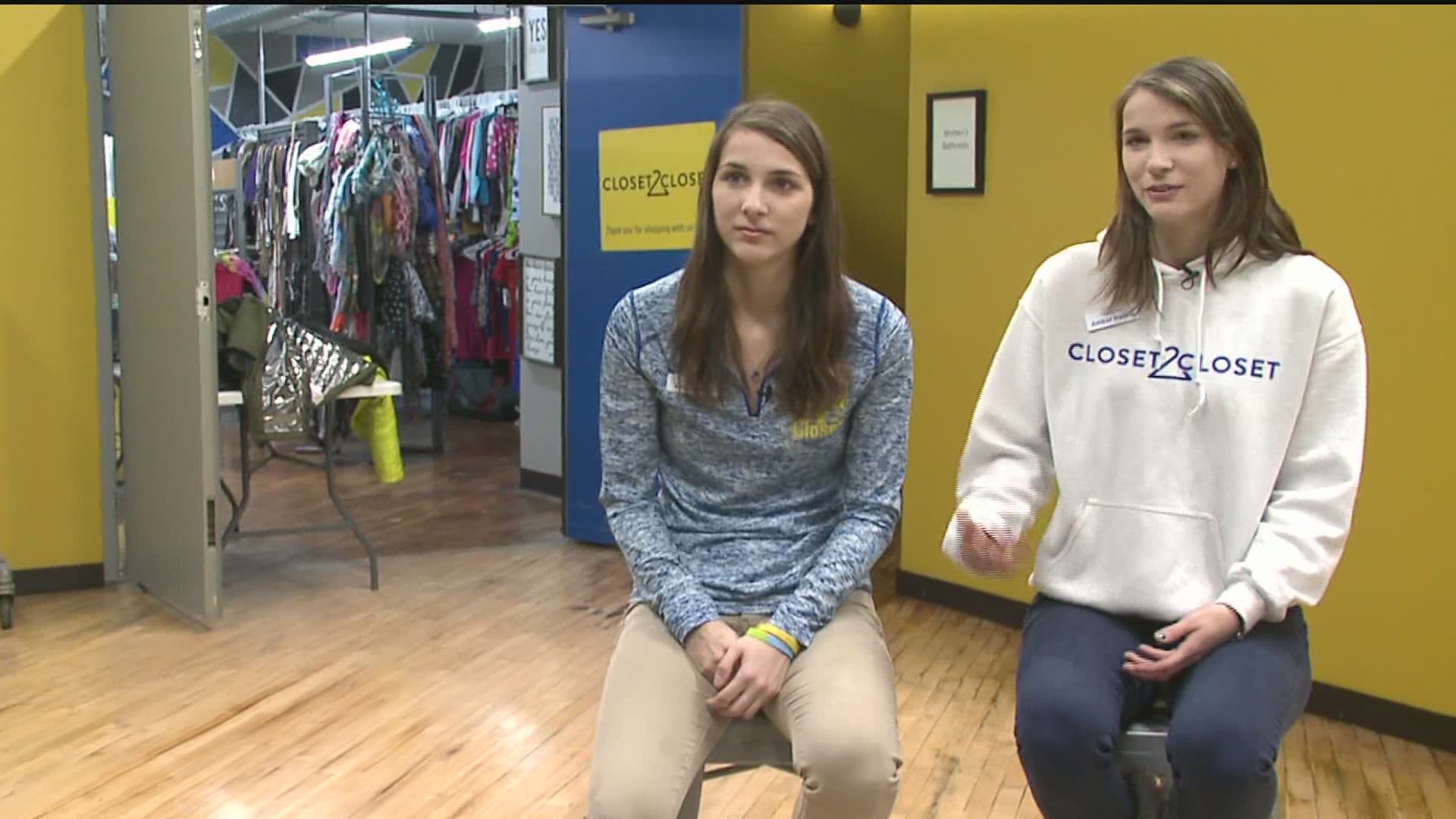 ROCK ISLAND, Ill. — You could call it... double determination.

Amy and Amber Haskill are not your typical teenagers. In their free time, they spend hours in their closet - a really, really big closet.

Closet2Closet is a nonprofit that started as a donation drive when they were in 7th grade.

"We were expecting to get like 200 items or so and instead we got 2,000 items," explained Amber. "It filled up our whole house and our garage and then it became Closet2Closet!"

The donations are sorted, then put together into customized care packages for children in the foster care system.

"When kids can’t come to our shop physically and shop for their own belongings, they fill our a referral form online and then they send it to us and basically that explains what they like - their sizes, shoes, pants, shirts, colors they like or favorite sports teams they like and then we basically try to match everything," explained Amy.

The shopping project has gotten so big, that in 2019, Amy and Amber - with the help of their family and the community - renovated and opened a permanent place in Rock Island.

"They’ve been able to go from serving 55 children their first year to over 1,200 children in 2019," said Amy and Amber's Mom, Allison Haskill. "In just five years, that’s really tremendous growth and I think that’s been really motivating."

However, the major motivator for Amy and Amber is their past. When they were six years old, they were separated from their four siblings - and each other - and placed in foster care.

During that time, the twins struggled to fit in - and clothes would either help... or hurt.

"Often that is your character," said Amber. "It gives you dignity - wearing a style that you feel comfortable in."

"When I moved into another foster home, sometimes there would be clothes there, but it wasn’t really what I wanted to wear or it made me stand out - but in a bad way because it wasn’t what I wanted to portray myself as," she added.

"I’d just be sent to a different home and if I were to take stuff, it wouldn’t even be my stuff," continued Amy. "It would be some random bunch of clothes that I just threw in a garbage bag and they gave to me."

After years of living apart, Amy and Amber were adopted into Allison Haskill's family when they were 11 years old. Soon after, the idea of Closet2Closet started to take shape.

"Once they became adopted, it was really important for them to build identity by getting their own wardrobe, so they had this idea to start this when they were in 7th grade," explained Allison. "It kind of took on a life of its own, but I think through it, it’s been really nice to have the girls be able to raise some awareness about challenges that kids who are in the situation they used to be in and I think it’s helped them kind of work through some things on their own and then also give back."

"It’s something our whole family does together and we’re really proud of the heart that they put into it and it motivates the rest of us to want to do it," she added.

It's why Allison is nominating her daughters to share a 2020 Nomination for the Jefferson Awards, a foundation that celebrates people who are "multiplying good" by serving others in our community.

"All the way through, our daughters have exceeded expectations in every way," said Allison. "It’s just amazing - the power of love and not giving up on someone and not quitting when things are hard."

Amy and Amber currently attend Augustana College in Rock Island and say they want Closet2Closet to keep going - and growing. They are looking forward to their futures, but keeping their past in mind as they help people every day:

"A quote we live by is - 'Don’t forget where you came from, but never lose sight of where you’re going,'" said Amy. "You always are going to have those lessons that you learn from in the past, but ultimately those lessons, those failures – those are going to lead you from going from down here to up here."