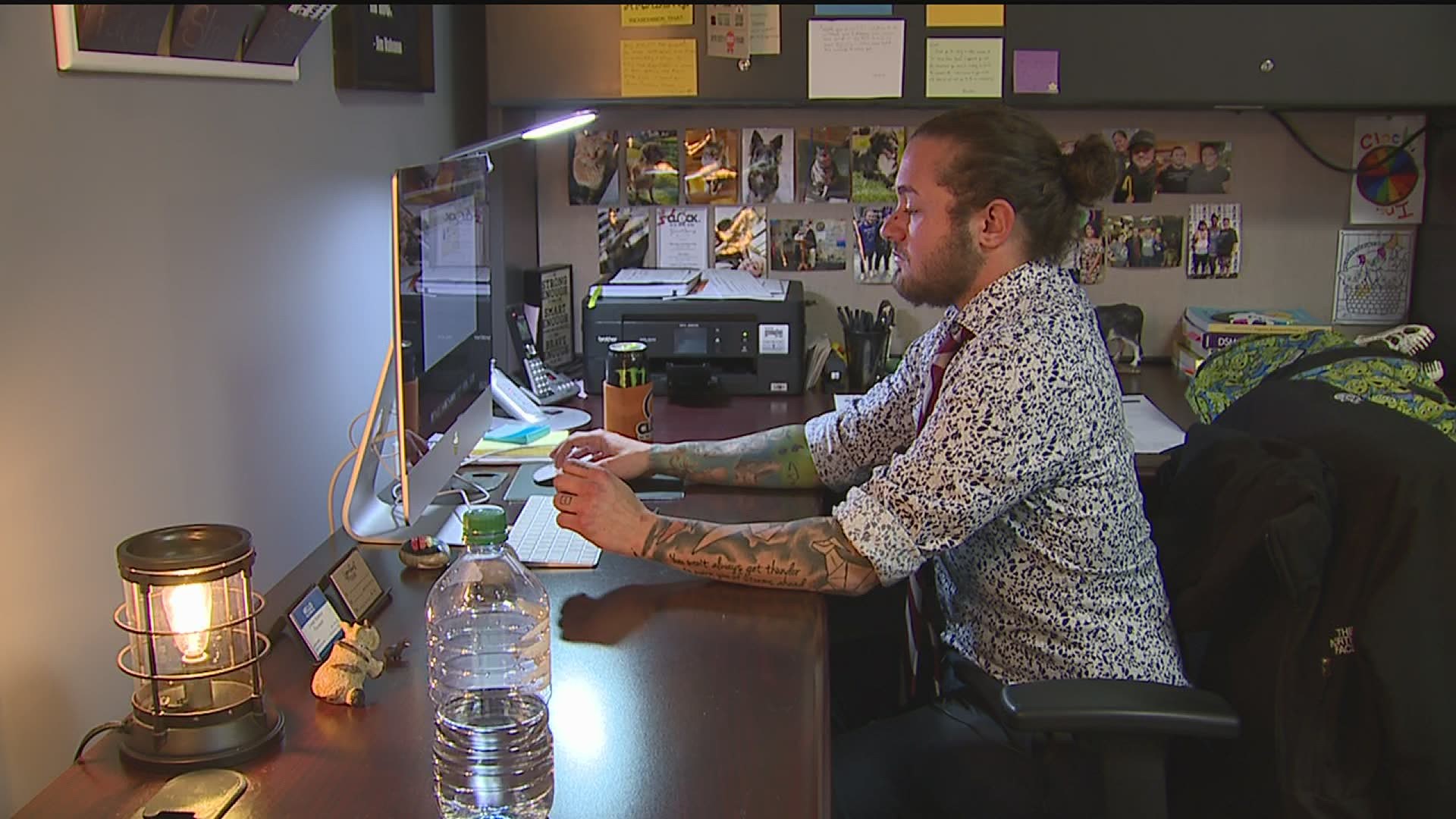 ROCK ISLAND, Ill. — It wasn't until Chase left for college that he was able to tell his truth, then - live it.

"I came out the first time as a lesbian and got a bunch of backlash, then went home that first Thanksgiving to a 3-hour family lecture that I’m going to hell and it was like - okay, well if you can’t accept that I like girls, you’re really not going to accept the fact that I’m a male," he explained. "That put a damper on what I wanted to do. I didn’t want to go to college. I barely passed undergrad and didn’t really know who I was supposed to be, where that confidence was going to come, and finally... after graduating - barely - I knew that I needed to live my life for me."

Inspired by his own Counselor, Chase went onto Graduate School to get his Masters in Counselor Education. It was during an Internship that he met a group of five kids who would change his life forever.

"I started the organization’s first LGBT group and I knew it was not going to keep up the group when I left," he said. "I didn’t feel good about these kids having no where to go, so I asked them what they wanted. They said they wanted a community center. I laughed, said that’s not realistic, and then I was coming back from my hometown and was like – okay, hypothetically, how do I make this happen? So I 'googled' – how do you start a non profit?"

"We offer a variety of different community support groups for youth, middle school, parents and allies, trans, non binary," explained Chase. "We do a bunch of workshops. There’s counseling, drop-in hours for youth..."

"The whole aspect is – it’s not my center, it’s yours. If we don’t offer something that you want, my job is to make it happen and I’m proud to say we’ve yet say no to any suggestion."

In less than a year, Chase estimated they've served more than 1,000 people.

"The amount of people that are already here and coming and enjoying everything that he’s created is unbelievable," said Candi Stratton, one of Chase's friends, who sits on Clock, Inc.'s Board. "And it’s not just for the LGBT+ community. We are getting so many people in here who are allies."

For example, Chase offers a Trans 101 Class, "where anybody from doctors, nurses, the medical field, counseling, therapy, schools, businesses can come in and learn about people who are Trans," explained Candi.

That's why Candi is nominating Chase to be a 2020 Nominee of the Jefferson Awards, a foundation that celebrates people who are "multiplying good" by serving others in our community.

"I knew I needed to see this through and I would regret… I wouldn’t regret doing it and failing, but I would regret not trying," said Chase.

Today, Chase's entire family supports him and "sees the dream." More importantly, Chase has created the "safe space" he was looking for when he was younger - and filling a gap in our region.

"There's nothing in Iowa City, Des Moines, nothing - it's either Chicago or St. Louis," he explained. "I don't know why. It's a need and I'm not even from here and I recognize that and it took five kids to tell me what they wanted and make it happen for them."

Clock, Inc. celebrates its one-year anniversary in March. Click here for the details for this public event. Clock, Inc. also has a fun fundraiser coming up - Walk With Paws in May.