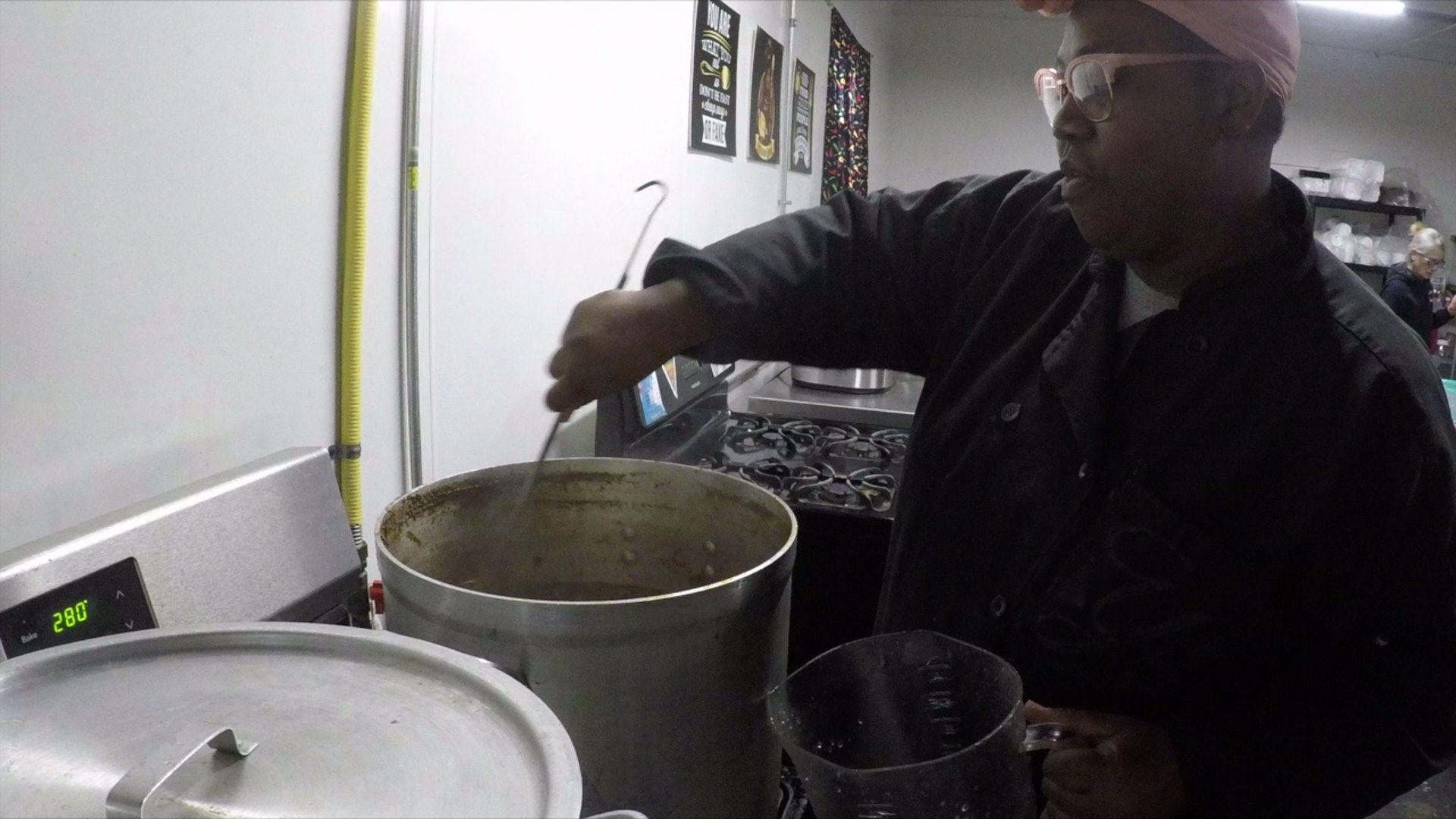 She is the woman behind Blck Pearl catering, but on Martin Luther King Day, Jefferson said she wanted to give back to the community that gave her so much. After attending culinary school at the age of 15, she said the kitchen feels like a second home.

"It's my stress relief, it's my happy place, it's my tone down place when I'm upset," Jefferson said. "I went to culinary school right out of high school so... The gift that god gave me was cooking. So my gift to give back to his people is to feed them with the gift that he gave me so that's what I do."

On January 20, Yolanda Jefferson began preparing chicken noodle soup, chili, and salads to pack into lunch sacks to serve it to anyone in the community who was looking for a warm meal. From there, trusted volunteers delivered it to those in need.

"This is our second trip to the bus station today," said Cheryl Shagena, a volunteer who was a complete stranger to Jefferson until that morning. "Today's the day of service and she was looking for people to come down and help. And I was looking for an opportunity to be of service."

"If you're hungry she's gonna feed ya," Smith said with a smile as he handed out meals at Davenport's downtown bus station. "It really isn't directly for the homeless -- because we are giving it out to them as well -- but just anyone who needs a hot meal on this cold day."

"Food is a great bridge between people, isn't it?" said Shagena.

Yolanda Jefferson said after twelve hours of cooking and serving, she was able to feed a total of 460 people in one day.