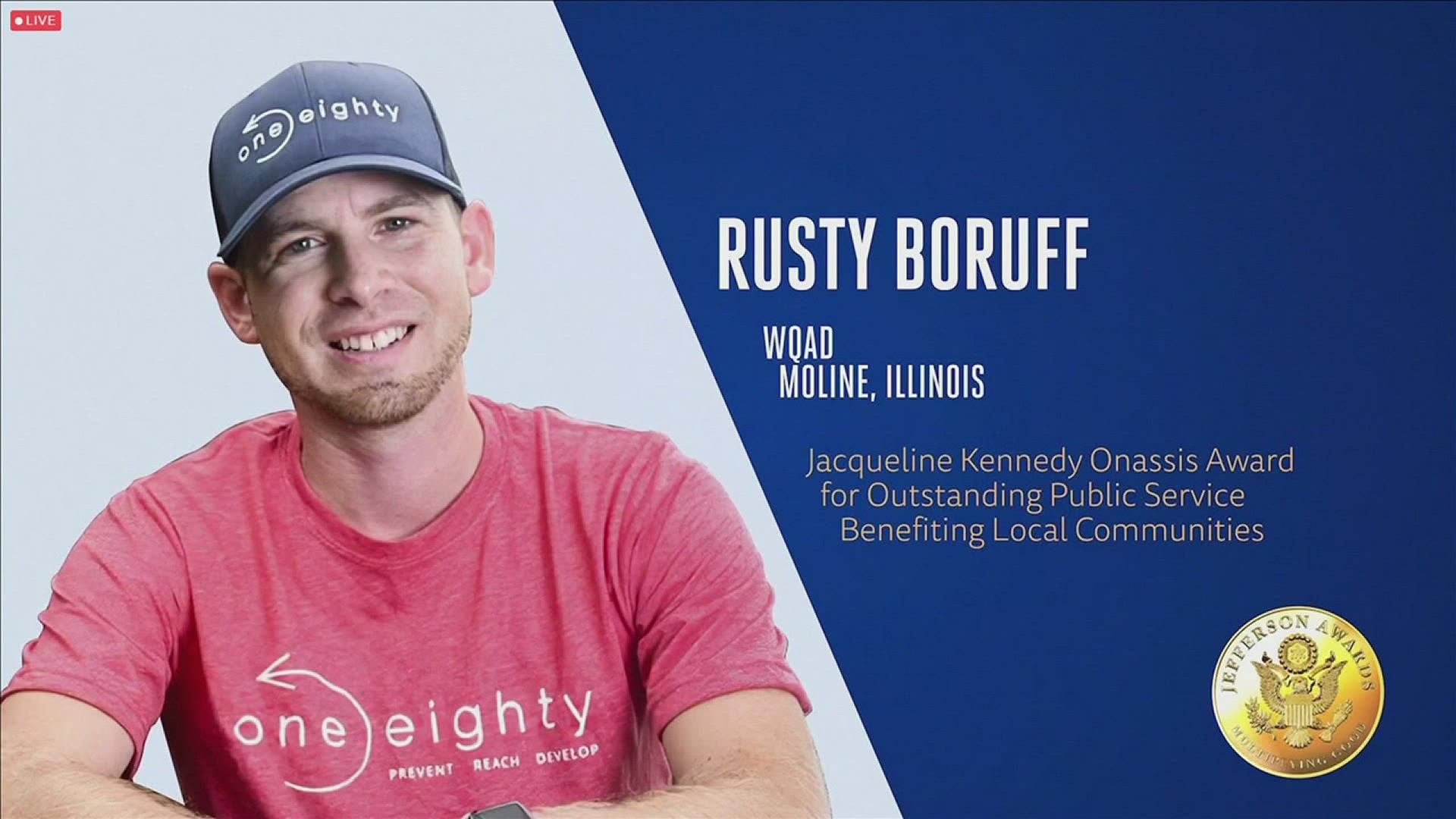 Rusty Boruff, Founder and Executive Director of One Eighty, is a National Award Winner!

He was honored on September 30th, 2021 during the 49th Annual Jefferson Awards, which are presented by the non-profit "Multiplying Good" and described as "the Nobel Prize for community and public service."

During tonight's virtual ceremony, Rusty received the Jacqueline Kennedy Onassis Award for Outstanding Public Service. This award is only given to five people every year - chosen from the Finalists of the Jefferson Awards' Media Partners across the United States.

For seven years, WQAD has been one of those Media Partners - granted with the task to recognize people who are "Multiplying Good" in our area. Every year, you help us choose eight nominees. Then, we narrow it down to one finalist and that person is recognized at the National Jefferson Awards Ceremony.

Our 2021 Finalist is Rusty Boruff, of One Eighty. His ministry is based off 6th and Marquette Streets in West Davenport, in one of the hardest-hit neighborhoods when it comes to poverty and crime. For more than 10 years, Rusty's team has been working hard to change that. Click here to learn about this amazing organization... and the man who created it after doing a "One Eighty" himself.

The 2021 Jefferson Awards are sponsored locally by Genesis Health System and Budget Blinds.

In WQAD's seven years of being a Media Partner of the Jefferson Awards, we've recognized 60 people who are "Multiplying Good" in our community. To see all of their stories, click here.