She is "Multiplying Good" by countering cruelty with kindness... through animals. 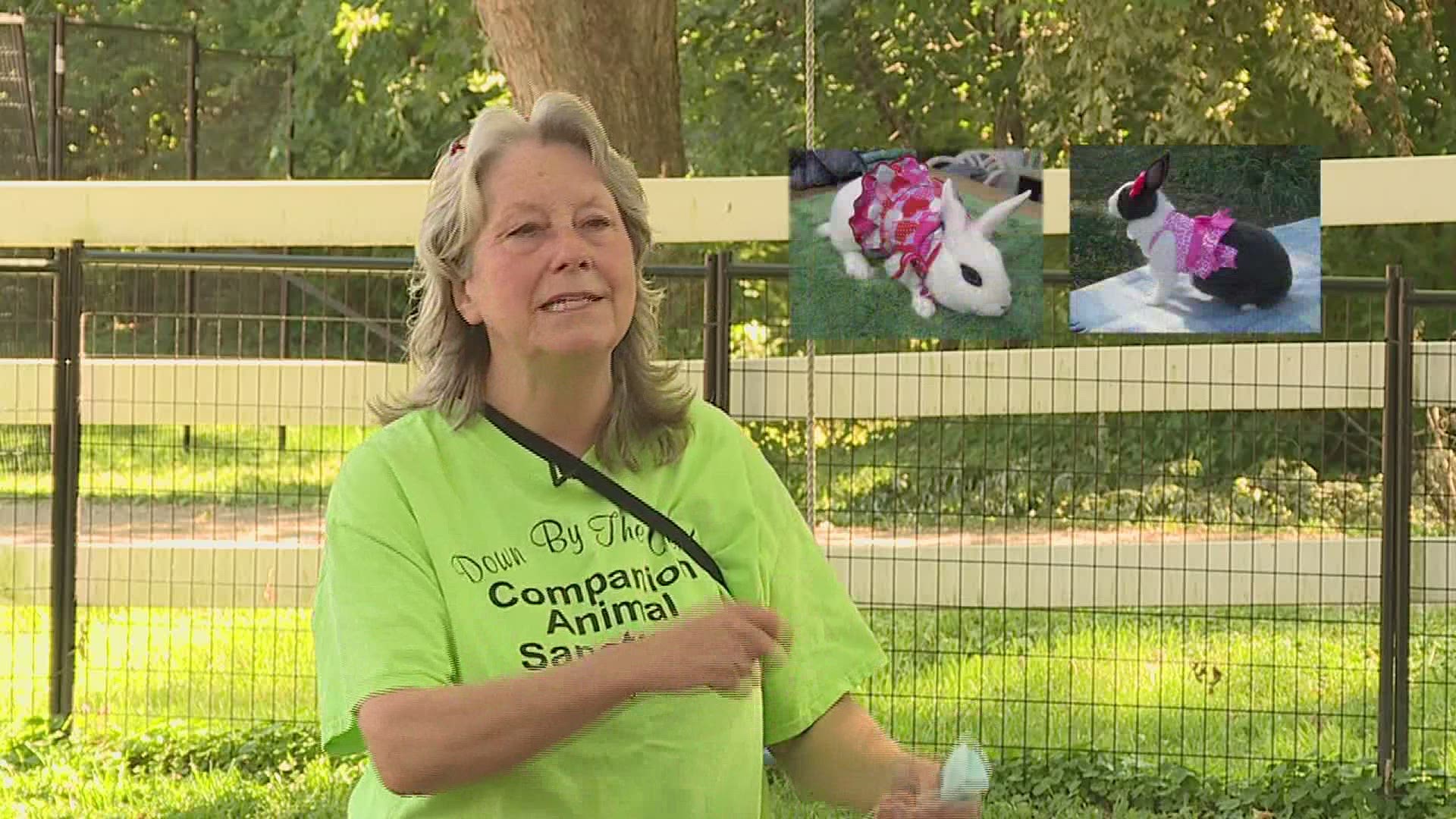 LONG GROVE, Iowa — All over our area, there are people who are not just doing good - but Multiplying Good.

At Down by the Creek Companion Animal Sanctuary in Long Grove, Iowa, everyone has a voice - thanks to Debbie Wallace.

"This was the farm I was raised on, so when my dad was in his last days he asked if we could come back to 'God`s Country' and he made me a deal on this as a building lot," she explains.

After spending more than 20 years as an Air Force Wife, Debbie's passion to serve transformed as she began rescuing and rehabbing some furry and feathered friends.

"She just opens her heart and her home – that's what she's done for so many years through Down by the Creek," says Marlena Urbain, who nominated Debbie for the Jefferson Awards. "As volunteers come out and learn about her mission, she just continues to spread that love of how to care for animals, how to treat them in a humane way, and also how to give back to the community. She's done that in so many ways with all the programs she's done over the years."

Those programs started 13 years ago at a nearby nursing home, where Debbie sold them the idea through photos of rabbits in dresses! It soon expanded to schools, libraries, and more - a way to teach and tell special stories with common connections.

"Everybody deals with cruelty in their life," explains Debbie. "Everyone. It's not new. It's fixed in our life. All of us. Animals. People. What better way to show and guide us humans on how to deal with cruelty and still have hope and not give up. I found these stories did that, because the animals want to live. They don't quit. They just need to be surrounded by love and then they overcome amazing things."

Those happy endings happen at Down by the Creek thanks to an animal advocated who is "Multiplying Good" one animal - and one person - at a time.

At one point, Debbie hosted more than 200 programs in a year. Despite having to cancel those events due to COVID-19, she is still helping animals. To donate, click here.