2020 JEFFERSON AWARDS: The Big Heart of "The Flag Man" and His Multi-State Impact

He's the little villager with a big heart. 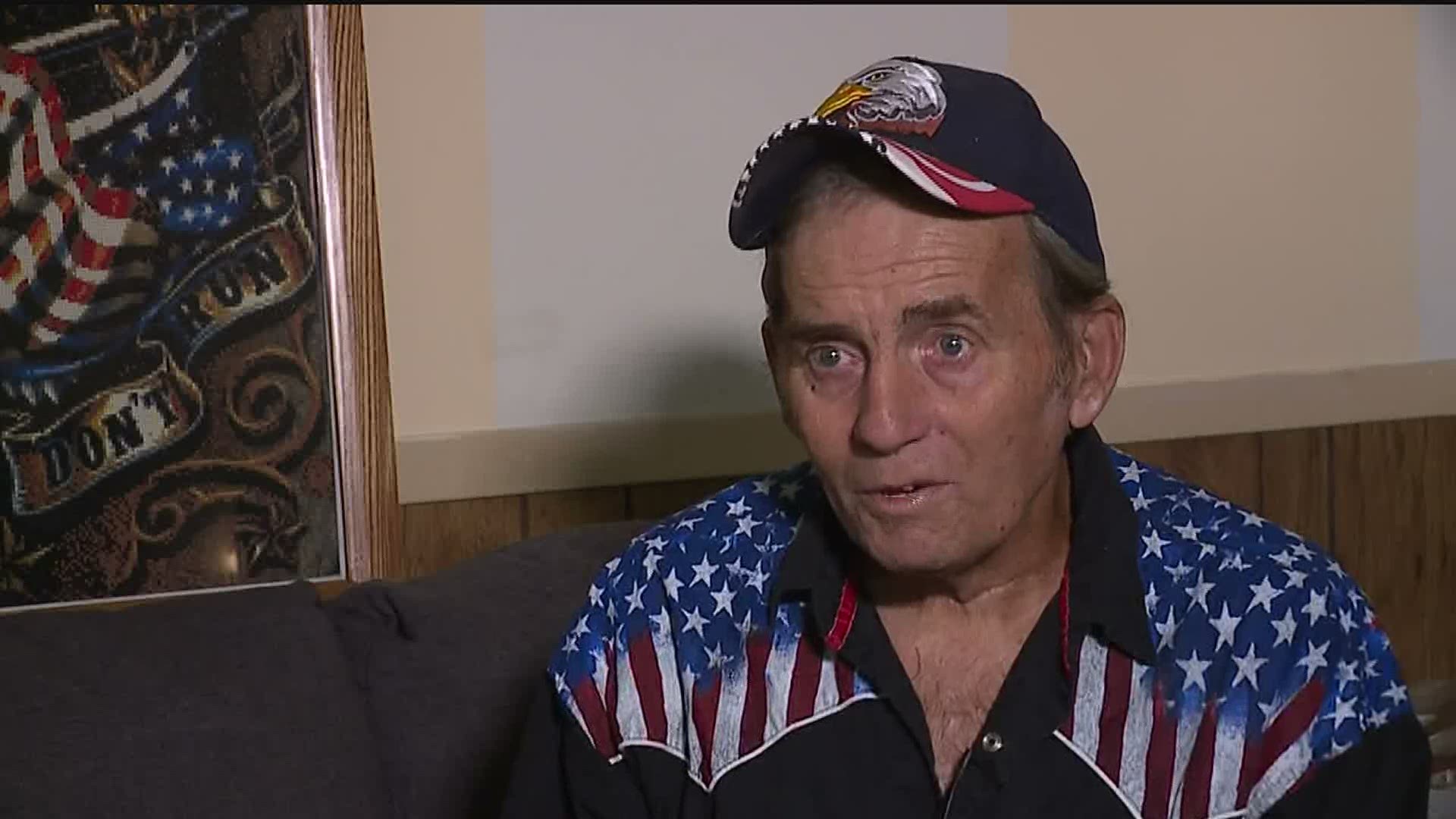 LITTLE YORK, Illinois — It only took one day, one moment to change Larry Eckhardt's life in 2006.

"I went to a local soldier's funeral and there was probably between 600 and 1,000 people there to welcome him back, but I looked around and there just wasn't that many flags," he said.

So he bought 50. Then, 50 more the next time there was a fallen soldier, officer, or firefighter in our area. He started setting them up a couple yards apart on funeral procession routes and before long, he got a nickname:

"It’s something that caught on and if you would have told me back then that it was going to catch on that much, I would have said – no way," he laughed.

Larry now has more than 3,000 flags and travels around the country. He estimates that he's been in 14 states and more than 523,000 flags have flown - thanks to him and his volunteers.

"Our largest display was 49 miles," he explained. "There’s no way I could put up anywhere near that, even when I was in good health, so we count a lot on the volunteers. They are my angels."

One of those "angels" who started volunteering for Larry in 2019 is Cheryl Shagena, who says Larry's actions inspire her.

"That is his mission," she explained. "His mission is putting up those flags and I respect that. You don’t have to serve to have a mission. I think he’s awesome, I think he’s wonderful, and I have a tremendous amount of respect for him and what he does."

That's why Cheryl is nominating Larry to be a 2020 Nominee of the Jefferson Awards, a foundation that celebrates people who are "multiplying good" by serving others in our community.

"When I started doing it, I don’t think I realized the impact it had, but it really does have an impact," added Larry.

He is going to need some help, though. Larry's survived cancer and triple bypass surgery, but recently he had a heart attack which paralyzed his vocal cords. According to his caretaker, he's now at University of Iowa Hospital and they're looking for a facility closer to his home in Little York, Illinois so he can try to continue his mission.

"Will I ever be able to go out and put up 5-600 flags by myself? Probably not. Not again. But the flags will be there. That’s the key."

There is a GoFundMe set up for Larry's medical bills. To donate, click here.