In 2008, Gloria Cypret had to make a life-changing decision. Her grandson, Gabe, was not in a good home environment, so she and her husband were asked if they c... 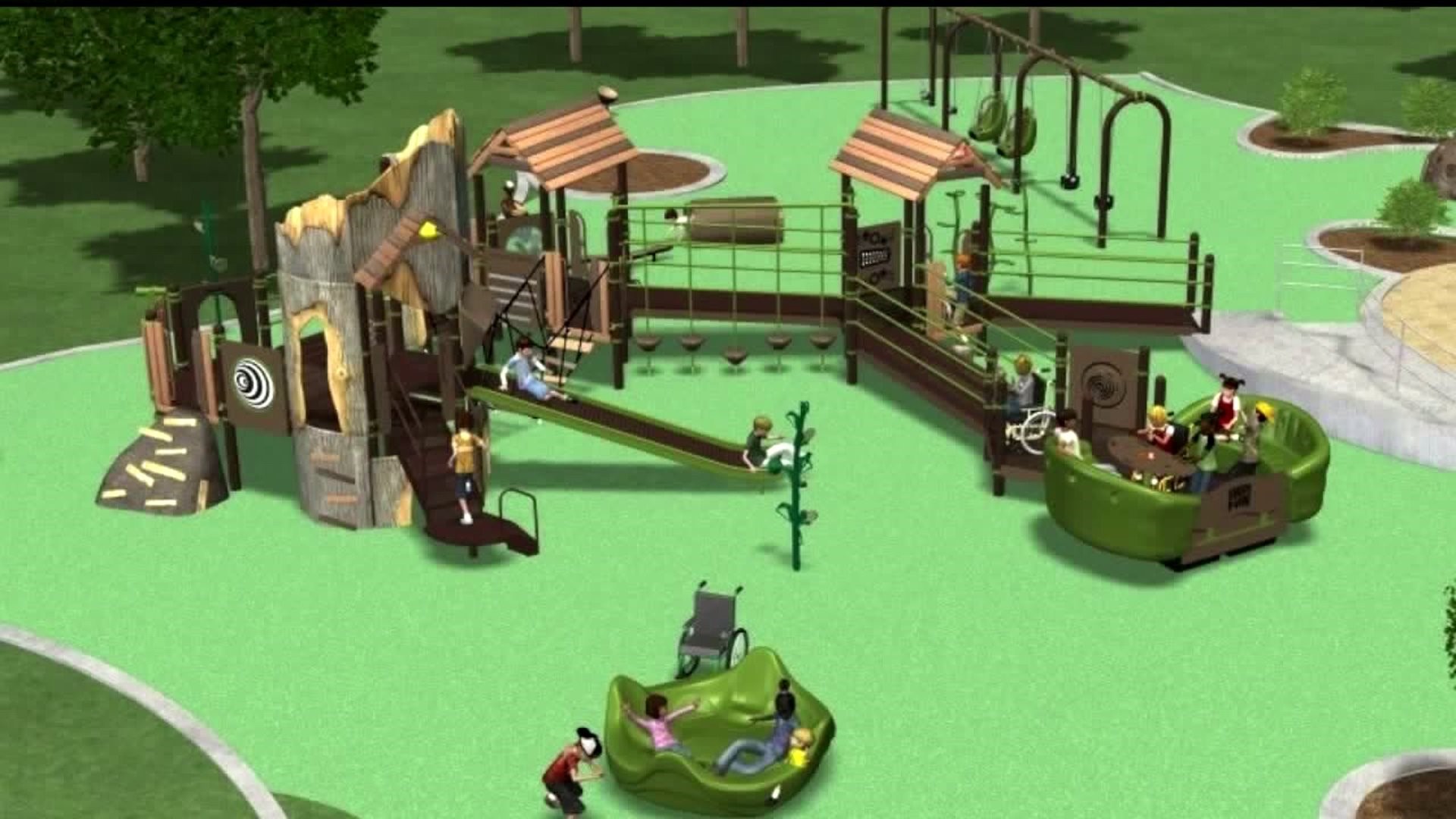 In 2008, Gloria Cypret had to make a life-changing decision.

Her grandson, Gabe, was not in a good home environment, so she and her husband were asked if they could become his primary caregivers.

"We were in our early 50s at the time and thinking about retirement and so it was difficult," she explained. "Could we do it? Not that we didn’t want to do it, it was just the – could we do it?"

They did... but in the last decade, they have done so much more for Gabe, who is mentally and physically disabled.

"We didn’t ever believe that he should be in his room all the time," she said. "We wanted to get him out into the world and introduce him to many things."

One of those things was Vander Veer Botanical Park in Davenport, Iowa. Gabe and his grandparents enjoy the sidewalks and scenery, but when it came to the playground - Gabe could only watch in his wheelchair, not play with the other children.

"It’s very frustrating... even just wheeling across the grass is difficult," Gloria explained.

In 2020, that dream is turning into a reality. Crews are expected to break ground on Gabe's All-Inclusive Play Village in April 2020 and after it's done, Gabe's Dream Team plans to gift it to the city of Davenport.

It doesn't end there, though.

"After it’s done, then we start the community and education phase of it... where we bring local kids and disabled kids together for play dates," Gloria described. "You’ve provided the environment, so now we’re going to build on acceptance."

This passion project is why Gabe's Dream Team Member, Jo Carmichael, nominated Gloria to be a 2020 Nominee of the Jefferson Awards, a foundation that celebrates people who are "multiplying good" by serving others in our community.

"We applied for grants, we spoke to local organizations, we appealed to private donors, we had fundraisers, we had trivia nights, we sold dining club books, we delivered phone books, we hit the streets in any way we could to try to raise the money," explained Jo. "Gloria has spearheaded all of the efforts. She had the vision, the determination, and most of all – the heart to carry it through. It’s been an honor working with Gloria and the team. It’s been such a learning experience and it’s so rewarding."

"I’m really proud and I’m honored, but I’m really proud of all the hard work," Gloria responded. "You meet so many people. It makes you grow as a person. It just opens your eyes to other things, so I’m just real proud – real proud of everybody and what the impact of this playground is going to make."

To stay updated on the park's process or to make a donation, click here.