It started with coupons… a lot of them. Years ago, Tiffany Hunt joined the “extreme couponing” trend – filling grocery carts with items ... 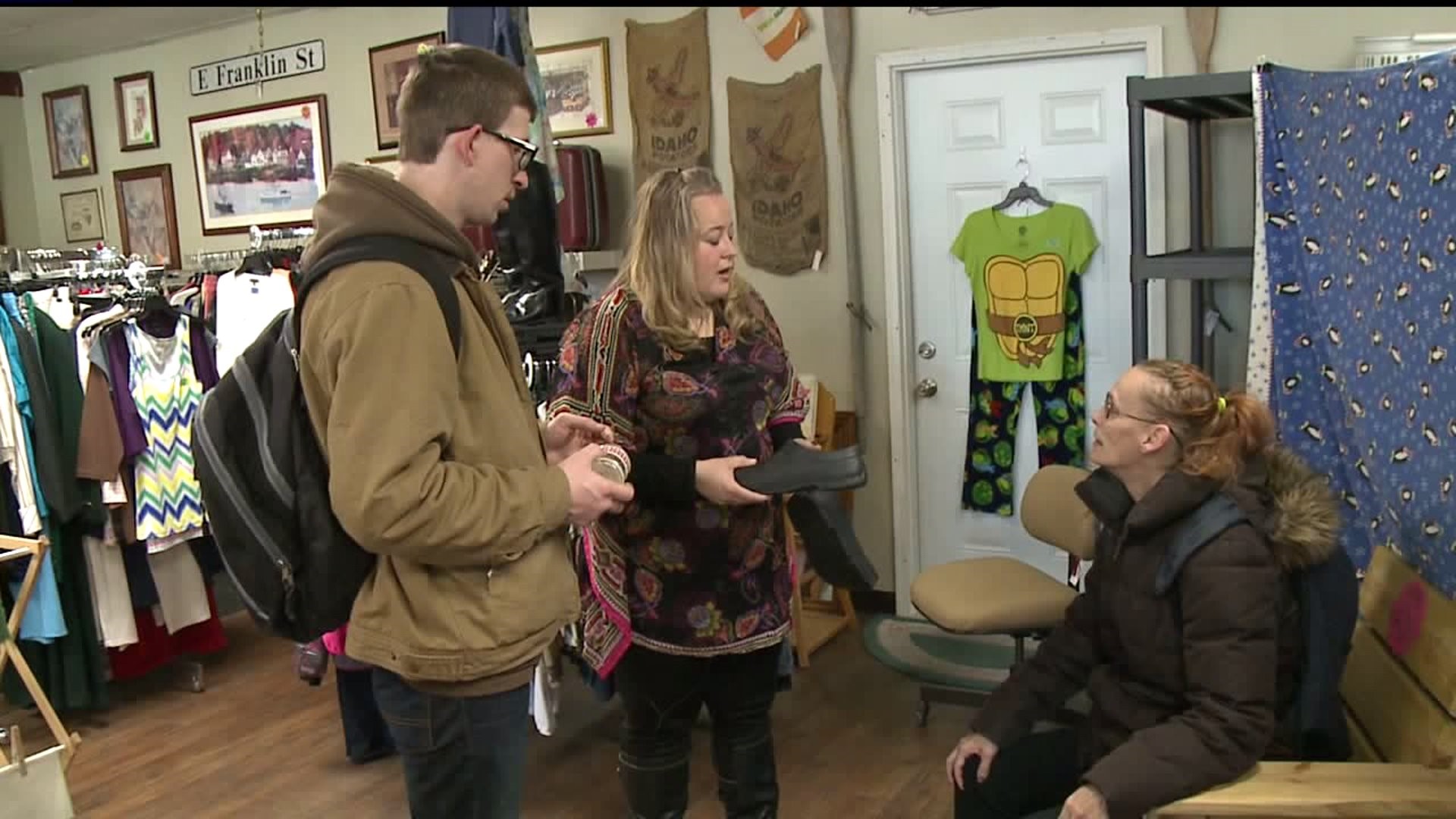 It started with coupons... a lot of them.

Years ago, Tiffany Hunt joined the "extreme couponing" trend - filling grocery carts with items she would get for nearly nothing.

"I remember just having so much of a stockpile and saying - What do I do with all of this?" she said.

"I literally would line paper bags up all around my house and I would walk around and I would put a toothpaste in each one," she explained. "I put a deodorant in each one, a toothbrush, Kool-Aid, whatever I had in my stockpile and I would go around a pass out these bags all over."

That was the beginning of Tiffany's Treasures. Soon, the simple act of community service turned into a store full of finds - and priced low so anyone could shop there.

Tiffany's Treasures, located at 1314 Washington Street in Davenport, is a resale store with refurbished items. The store's slogan? "With a little TLC... everything deserves a second chance."

"I pride myself on having the best prices I can," she said. "I have dressers and vintage and different home décor items. This is how we pay our bills here at the store. This is how I put food on my plate, but at the same time – I need to have the store sales in order to keep helping people. If I don’t have those, then I wouldn’t be able to help as many people as I can."

Besides the items that pay the bills, Tiffany has areas set up in her store for people who need a little leg up. There's a spot with clothes that only cost a few dollars and at the front of the store - a blessings area with free items like deodorant, shampoo, and more.

"Maybe somebody’s just having a bad day and they don’t have the means or the opportunity to get that one thing that they need to make their day better," she explained. "I love to help people. I love what I do. I love our community."

Tiffany is always aware of her surroundings - a skill she picked up when she served in the Army National Guard. After retiring due to a back injury, she became a 911 Dispatcher. During that time, Tiffany's Treasures became a hobby. Then, it became a livelihood - and her passion.

"To me, she’s the kind of person who gives to people who have lost everything – who have lost themselves," said Debbie Clark, who met Tiffany when shopping at her store for a family who's home went up in flames.

"When I purchased some [clothes], I know she gave me a deal on them and then she donated twice as much to this family, which allowed all of them to continue on with school," she added.

It's that example - and so many others - that inspired Debbie to nominate Tiffany to be a 2020 Nominee of the Jefferson Awards, a foundation that celebrates people who are "multiplying good" by serving others in our community.

"I want to do for more people after watching what she does," Debbie said.

Tiffany's Treasures is so much more than just a store. It's a crossroads of community - people shopping and making purchases... maybe not knowing that those buys are allowing Tiffany to do what she does best:

"I help somebody or volunteer every single day and that means my day’s complete, you know? If I haven’t helped anybody before I leave I’m always like – who needs something?" she laughed.