This comes after words Nick Hansel said during a campaign speech that has since gained social media attention alleging racism. 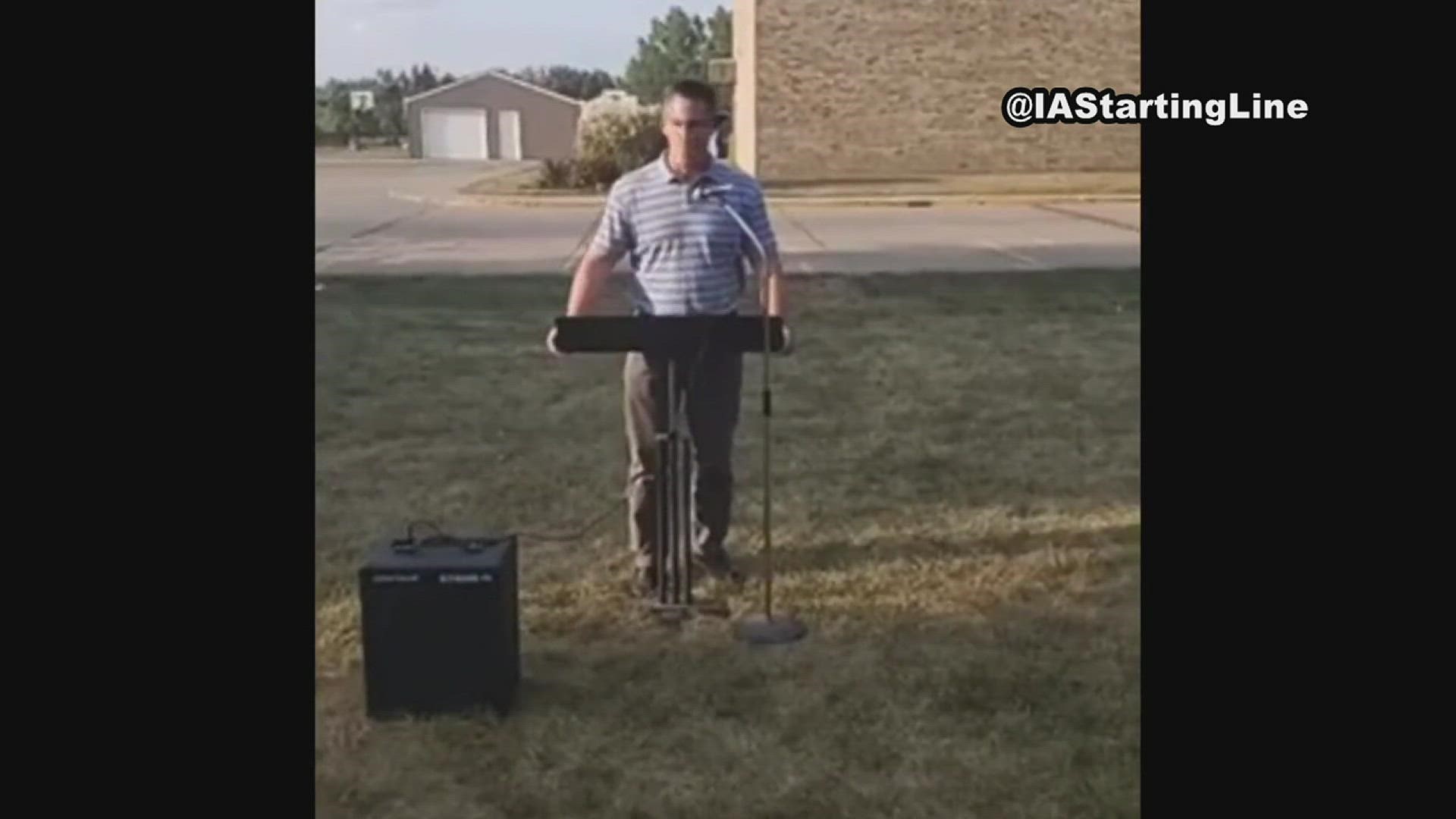 ELDRIDGE, Iowa — A candidate running for school board in the North Scott School District is walking back comments he made during a recent campaign speech.

This is after Nick Hansel's words surround controversy, including allegations of racism.

The statement has since gained lots of traction on social media. The video on Twitter has reached more than 30,000 views.

"My son was being educated about microaggressions from a teacher that really shouldn't have been doing that," Hansel said in the video.

The campaign speech was on Sept. 20 before a group of supporters.

"I'm running because I don't want your children to be labeled a Hitler supporter," Hansel said in the video.

Hansel is making his fourth run to serve on the school board.

"Whatever you want to support, support it," Hansel said. "But when you walk into North Scott, I want it to be white."

Those comments are what went viral on social media.

"Maybe white is not the best word," Hansel said in the video.

"I wanted to find a political color that was neutral," Hansel said, looking back at his speech.

Dozens responded online, "He was clear enough the first time" and "he meant what he said."

Hansel said it's not true that his comments were implying discrimination.

"I was trying to talk about how there's red Republicans and blue Democrats as far as teaching perspectives go," Hansel said.

Parents in the district said this is unacceptable.

"It's just downgrading," Claytor said. "I don't like it at all."

"Was that white versus Black, because that's not good," grandparent Ronn Humphrey said.

Hansel said, while he stands by keeping divisive topics out of school, he wishes his statement was better understood.

"I take that very seriously because that's not the case," Hansel said. "The context of that speech was to say, 'let's leave the politics out of it.'"

"I would love to have my own children surrounded by the diversity and all types of people," one parent who wanted to remain anonymous said.

"I'm not racist," Hansel said. "I don't know how to answer it anymore clearly than that."

Hansel served on the school board in 2013. He ran for the same position in 2017 and 2019 but was not elected. As of Thursday, Sept. 24, there are no plans to suspend Hansel's campaign.

School board elections are Nov. 2.