Both city leaders and health officials are encouraging the community take individual and social responsibility seriously to get students back in the classroom. 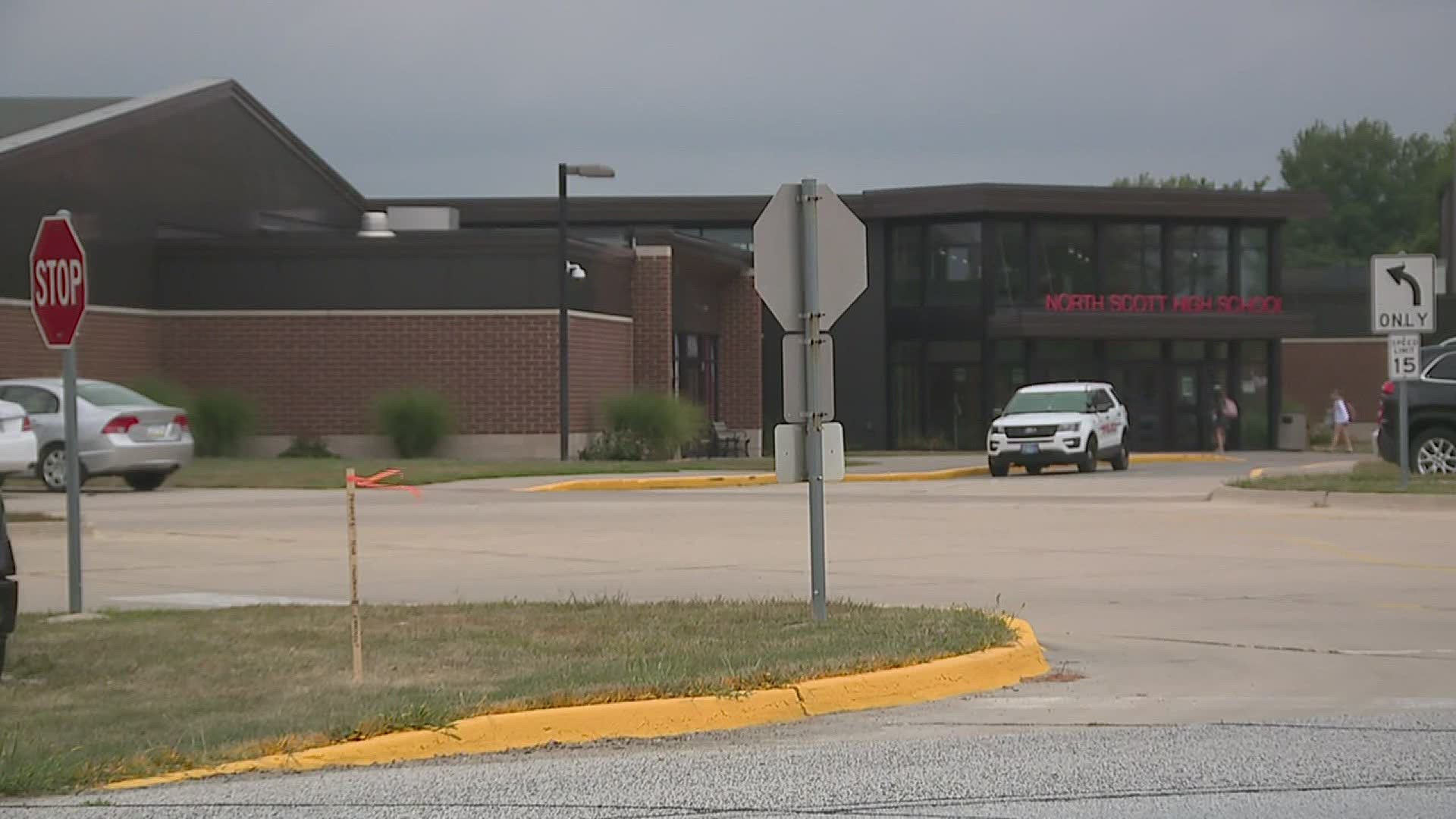 ELDRIDGE, Iowa — A spike in COVID-19 cases prompted school leaders to shut down North Scott High School on Thursday, September 17th and cancel classes on both Friday and Monday.

The decision led MEN-Tality Barber Shop Owner Bethany Reed to think of her two high schoolers at home on Friday. Now, the school has been approved by the state to enact online, remote learning through the rest of this week.

"Is it the same as being in school?" Reed says. "Of course not, but it's better than no education and nothing at all.

Her son Peyton plays varsity football, and the spike in cases, 11 reported last week, led the Homecoming game to be cancelled.

"He's bummed," Reed says. "He wants to play football and be out there with his teammates."

She says she understands it must have been a tough decision to temporarily close the school, and she says everyone needs to do their part so everyone can safely return.

"There's precautions and things to do along the way," Reed says. "If you want to get back to normal, make the choices to be socially responsible and think about other people."

Both health officials and city leaders are encouraging parents and students to practice individual responsibility.

"I think it's (parents) talking through scenarios (with your children)," City Administrator Lisa Kotter says. "In a situation eight months ago, you might have drank out of the same glass as your friend, but now you have to think about more conscientiously."

The Scott County Health Department wrote a letter of the support for the school's remote learning waiver. The department's director Ed Rivers says the entire neighborhood plays a role in keeping the community safe.

Reed says she hopes other parents and the community take on the responsibility, for the kids.

"You have to change your behavior if you want things to change," she says.