The study's lead author, LSU Department of Political Science Assistant Professor Anna Gunderson, said on Twitter there is no evidence to come to that conclusion.

Credit: Charlie Riedel, AP
Police in riot gear stand around an armored vehicle as smoke fills the streets Tuesday, Nov. 25, 2014, in Ferguson, Mo. Missouri's governor ordered hundreds more state militia into Ferguson on Tuesday, after a night of protests and rioting over a grand jury's decision not to indict police officer Darren Wilson in the fatal shooting of Michael Brown, a case that has inflamed racial tensions in the U.S. (AP Photo/Charlie Riedel) ORG XMIT: ILKS132
Author: Osama Ayyad
Published: 10:57 AM CST December 8, 2020

The study, which was published Tuesday in Nature Human Behavior, a peer-reviewed scientific journal, used government documents to show how previous arguments that claimed military gear helps reduce crime were based on faulty data.

That prompted researchers to try and confirm the claim, but they couldn't.

The study's lead author, LSU Department of Political Science Assistant Professor Anna Gunderson, said on Twitter there is no evidence to come to that conclusion.

"The most important thing for policymakers and the public to know is that you can’t justify giving surplus military equipment to police departments on the grounds it will lead to a reduction in crime," Clark said. "There is no evidence for that. You can’t claim this program is important because it reduces crime."

I'm very happy with this paper; it is the product of several years' work. I'm also very happy that it is appearing alongside complenetary work by Kenny Lowande and really helpful commentary by @jonmummolo. Thanks to everyone who made this possible. 3/3

Researching government documents on the 1033 program — one of the most significant federal programs that contribute to the militarization of local police departments and sheriff's offices — Gunderson said there was a problem with the data.

“When we looked at the data and ran the replications. Nothing looked like the results being cited by the Trump Administration. We spent a year trying to diagnose the problem,” Gunderson said.

‎New Orleans News from WWL
‎Stay up-to-date with the latest news and weather in the New Orleans area on the all-new free WWL TV app. Our app features the latest breaking news that impacts you and your family, interactive weather and radar, and live video from our newscasts and local events. LOCAL & BREAKING NEWS * Receive r...

► Get breaking news from your neighborhood delivered directly to you by downloading the FREE WWL-TV News app now in the IOS App Store or Google Play. 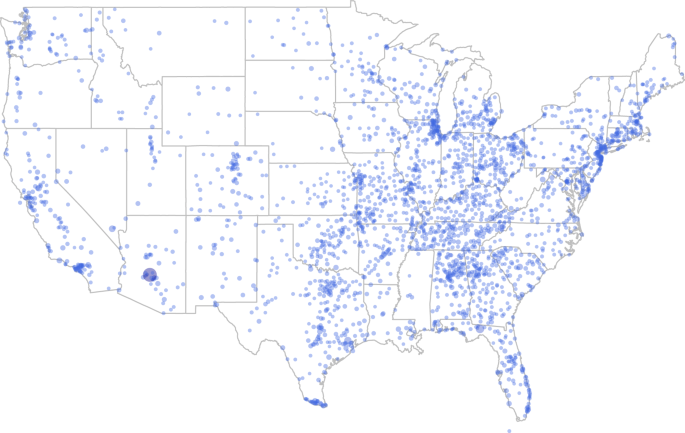 Counterevidence of crime-reduction effects from federal grants of military equipment to local police
Studies of transfers of surplus military equipment to police have argued that they reduce crime. Gunderson et al. reanalysed US federal data and replicated key studies. They find no credible evidence that crime drops when local police get more SME.