Two new Aldermen, as well as a returning Alderman and the re-elected Mayor Thoms, were sworn in into office Monday night. 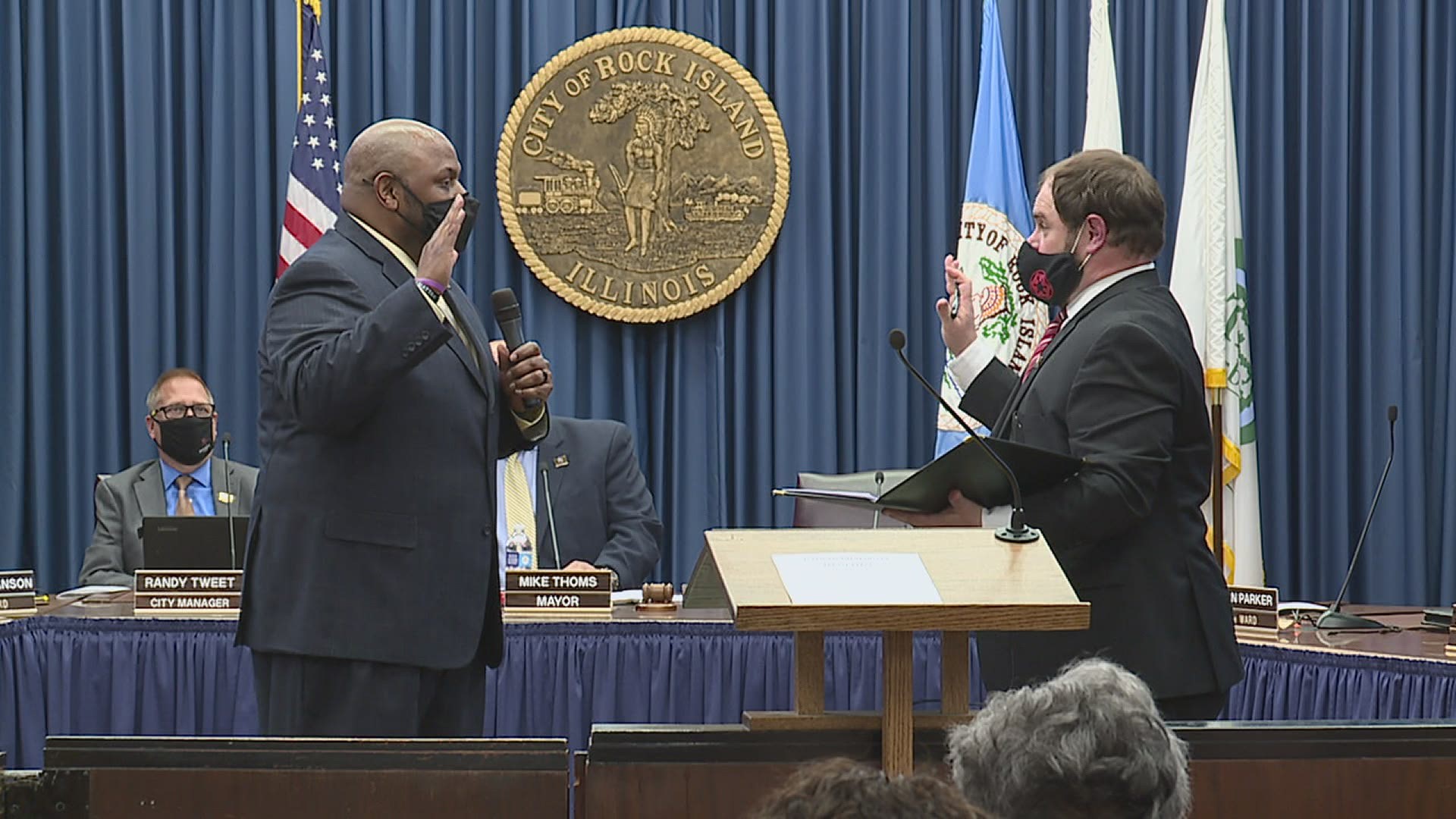 ROCK ISLAND, Ill — The City of Rock Island has welcomed its two newest aldermen to office alongside other re-elected officials.

In a ceremony held in the evening on Monday, May 10, Rock Island's newest Aldermen, Moses Robinson Jr., known for his work in the local activism group The Resolution, and Judith Gilbert, a former Rock Island City Clerk, were sworn into office.

Alongside them were the re-elected Alderman Dave Geenen and Mayor Mike Thoms, who is now serving his second term as Mayor of Rock Island.