Neighborhood without storm sewers now flooded, city says it has a plan

Neighbors living in East Moline say the recent flash flooding has left them with gallons of water in their back yards. 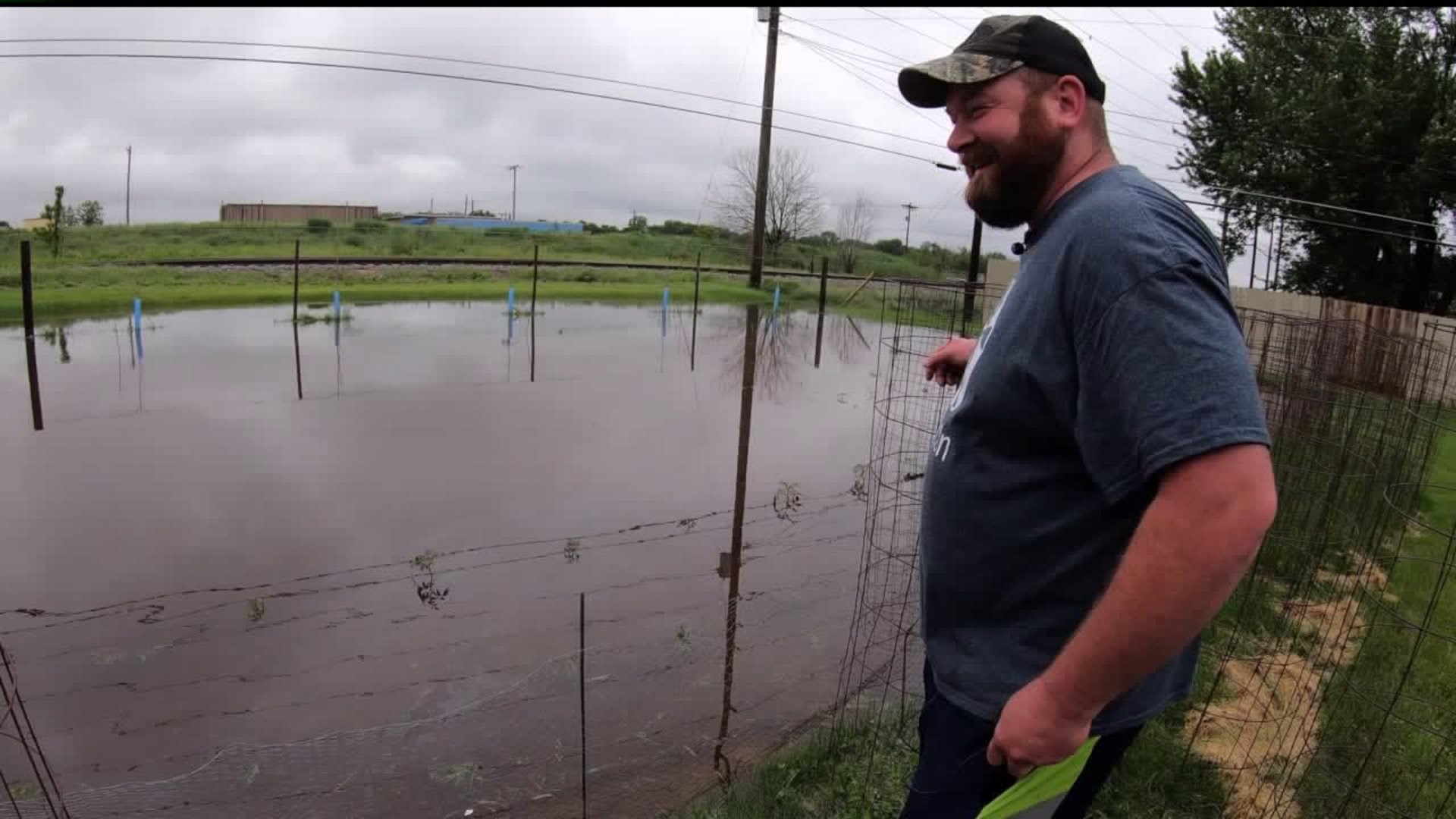 EAST MOLINE, Ill. — EAST MOLINE, Illinois -- flooding has left them with gallons of water in their back yards. The only issue? The neighborhood has no sewer drains.

Near 40th Street and 8th Avenue in East Moline, there is no river, but the flooding is there.

Matt Rasmussen lives on that very corner and is used to minor flooding in his yard. However, on Wednesday, he woke up to something much different.

"I never even knew that this would be possible," Rasmussen said. "It's been neglected for so long. and with all this rain it can't keep up, there's nowhere for it to go."

Rasmussen and his neighbor, Larry Simoens, said the flooded water has been neglected for some time because the neighborhood has no storm drain. Still, Simoens said he's still paying for it. The money he says is just going down the drain.

The water in Matt Rasmussen's front yard should drain backward towards the train tracks and out a culvert. However, a build-up of silt and debris is blocking the flow of the water.

"They definitely need to do something with the drainage around here because it's not working," Rasmussen said.

Luckily for residents, the City of East Moline hears them loud and clear. The city's director of engineering, Tim Kammler, said he's working on a plan, but it comes with a cost.

"We've studied it, we've had them surveyed, this entire subdivision," said Kammler. "There would need to be some culverts replaced, ditches graded, and tiles cut in along 40th as well so that's part of this proposal."

Kammler said that plan will cost more than $2 Million once complete. He said that plan was supposed to be presented in front of city council by now, but due to a bad winter and flood season so far, the department is behind schedule.

"(It's) a lot of hard work... literally down the drain," Rasmussen said.

Kammler said he plans to present the proposal in the coming weeks. He urges anyone with standing water to call the city for help with clearing blockages in the culverts.