“I challenge anybody to come to the playhouse for the day and not leave with a smile on their face and a smile in their heart,” said Site Coordinato... 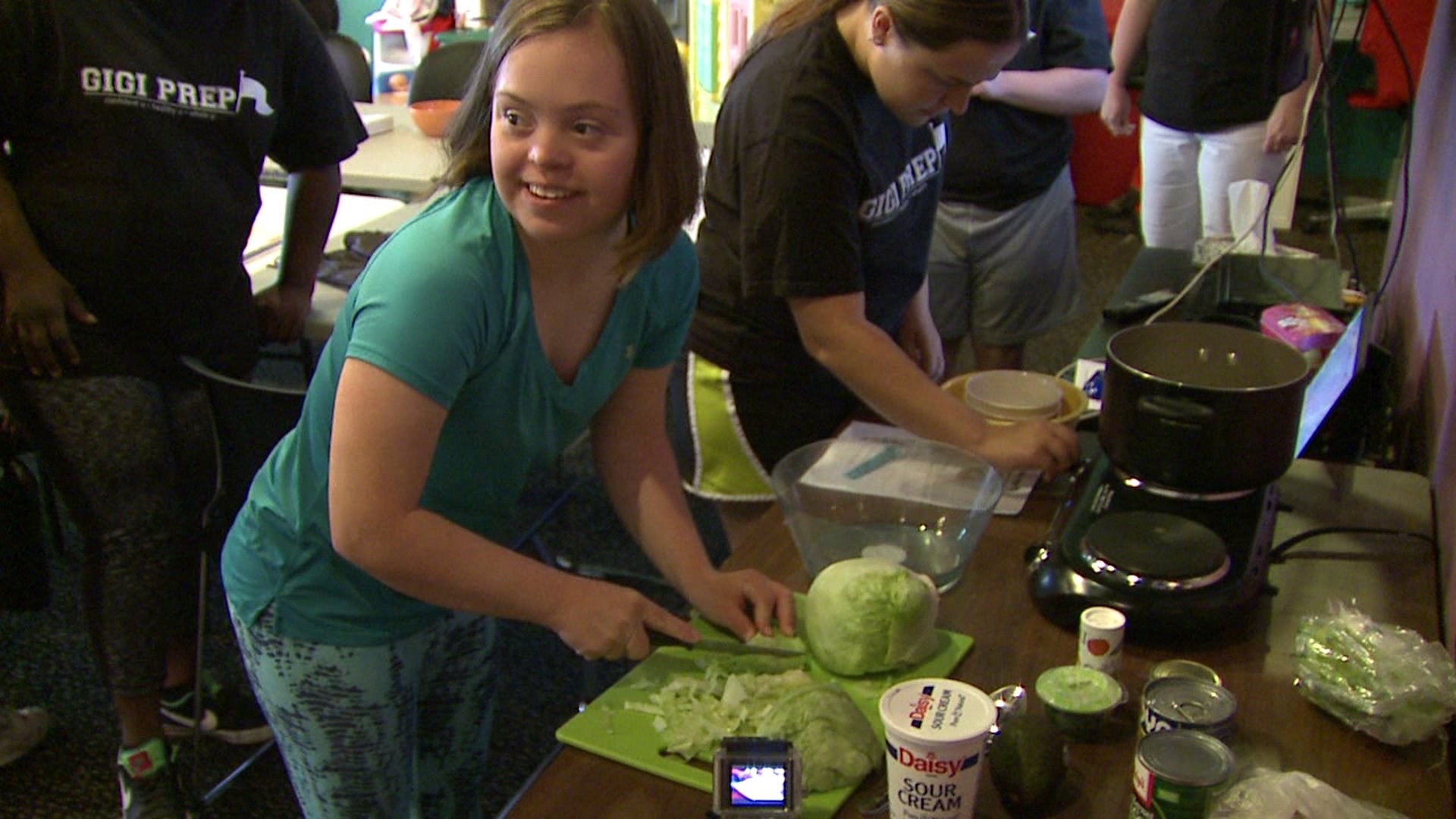 GiGi's Playhouse is more like GiGi's Kitchen on Wednesday, June 14.

"Every big thing that they do is a reason to celebrate," said Site Coordinator Pam Lynch.

The Moline site, 3906 38th Avenue, (309) 762-PLAY, helps individuals with Down syndrome to reach their "best of all." On this day, that includes making burrito bowls.

"I challenge anybody to come to the playhouse for the day and not leave with a smile on their face and a smile in their heart," Lynch continued.

Necker's Jewelers is donating a portion of its June sales to benefit GiGi's Playhouse.

While GiGi's Playhouse provides free services, it receives no federal or state funding.  Right now, it serves some 200 families around the Quad Cities.

"Everything we receive is private donations, grants and sponsorships," Lynch continued.  "Fundraising is a huge part of what we do."

That's why hundreds of runners and walkers will dress up like their favorite superhero on Saturday, October 7.  Veterans Memorial Park in Bettendorf is the place for this major fundraiser.

"The 5K is a competitive run," Lynch continued. "We give prizes for the top 25 runners."  There's also an awareness walk and kids dash.

Be sure to check out: http://gigisplayhouse.org/quadcities/

On Wednesday, Juanita Ghere is preparing fabric for the Fantastic Friends program.

Ghere, who was instrumental in starting the Moline site in 2011, also volunteers to help participants like her daughter, Caitlin, 22.

It all keeps these budding chefs trying out new recipes.

"You can just see the confidence, the confidence in them," she continued.  "They know that they're just accepted for who they are."

After nearly six years in the Quad Cities, GiGi's Playhouse continues to brighten lives each day.

"When I leave here tonight and lock the doors, I know that the work that I've done today has truly made a difference," Lynch concluded.

It's a recipe for success at GiGi's Playhouse.