The new home will help provide affordable housing for the city's workforce. 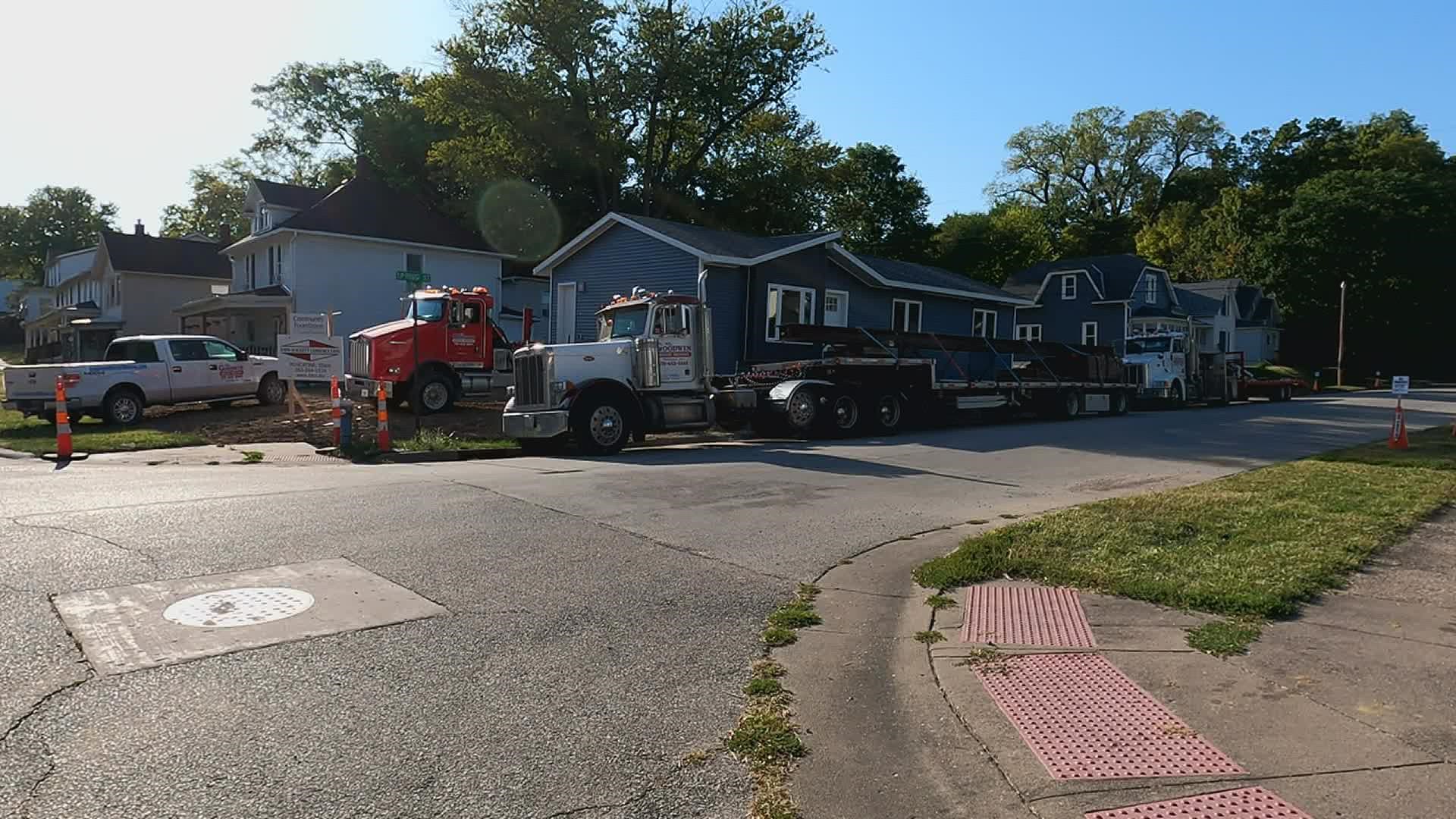 MUSCATINE, Iowa — The City of Muscatine is working to address an affordable housing shortage.

Jodi Royal-Goodwin, Muscatine's economic development director, said the city has done studies to show there is need for about 1,000 affordable-housing homes.

Part of the effort to combat that shortage is a partnership with the "Homes for Iowa" program.

A once empty lot in Muscatine is where Charla Schafer, the executive director for the Community Foundation of Greater Muscatine, started about a year ago.

"Anytime there’s a statewide initiative that can help people be successful we certainly want to participate," Schafer said.

That lot on Spring Street is where, over the course of the past year, Schafer worked with Royal-Goodwin to literally bring more housing to Muscatine.

"To see it turn the corner and start down the street was a pretty exciting moment for us," Schafer said.

On Monday, the house slowly made its way from Newton, Iowa to Muscatine.

The builders? They're prisoners.

"Prisoners who work on the homes and do the construction are trained by master-level craftsmen and what we know is the recidivism, to return to jail, is 30 percent less in that trade training," Schafer said.

Royal-Goodwin said having a home like this in Muscatine is just what the community needs.

"Workforce housing is critical for the economic engine of the city, so for the businesses to be able to continue to thrive or new businesses to locate to our community," Royal-Goodwin said.

The home itself will be sold for about $155,000, and will be sold at cost of construction, according to Schafer.

The home cost about $75,000 to build. The remainder of the cost is for completing the landscaping, putting finishing touches on the interior and creating a parking space, among other improvements.

"If we can replicate that on any level with any style of development, that’s exactly what we have to do," Royal-Goodwin said.

Crews will be back on Tuesday morning to slide the house onto its foundation and hook up utilities.

The Community Foundation will be accepting applications for potential buyers in the next few weeks. That information will be published on the organization's website and social media pages.

Schafer says the application process will focus on first-time homebuyers.

He added at least one other "Home for Iowa" house is planned, but she is waiting for inventory to be available from Newton before finding a prospective lot.

Schafer hopes to have that home completed somewhere in Muscatine County in 2022 or 2023.