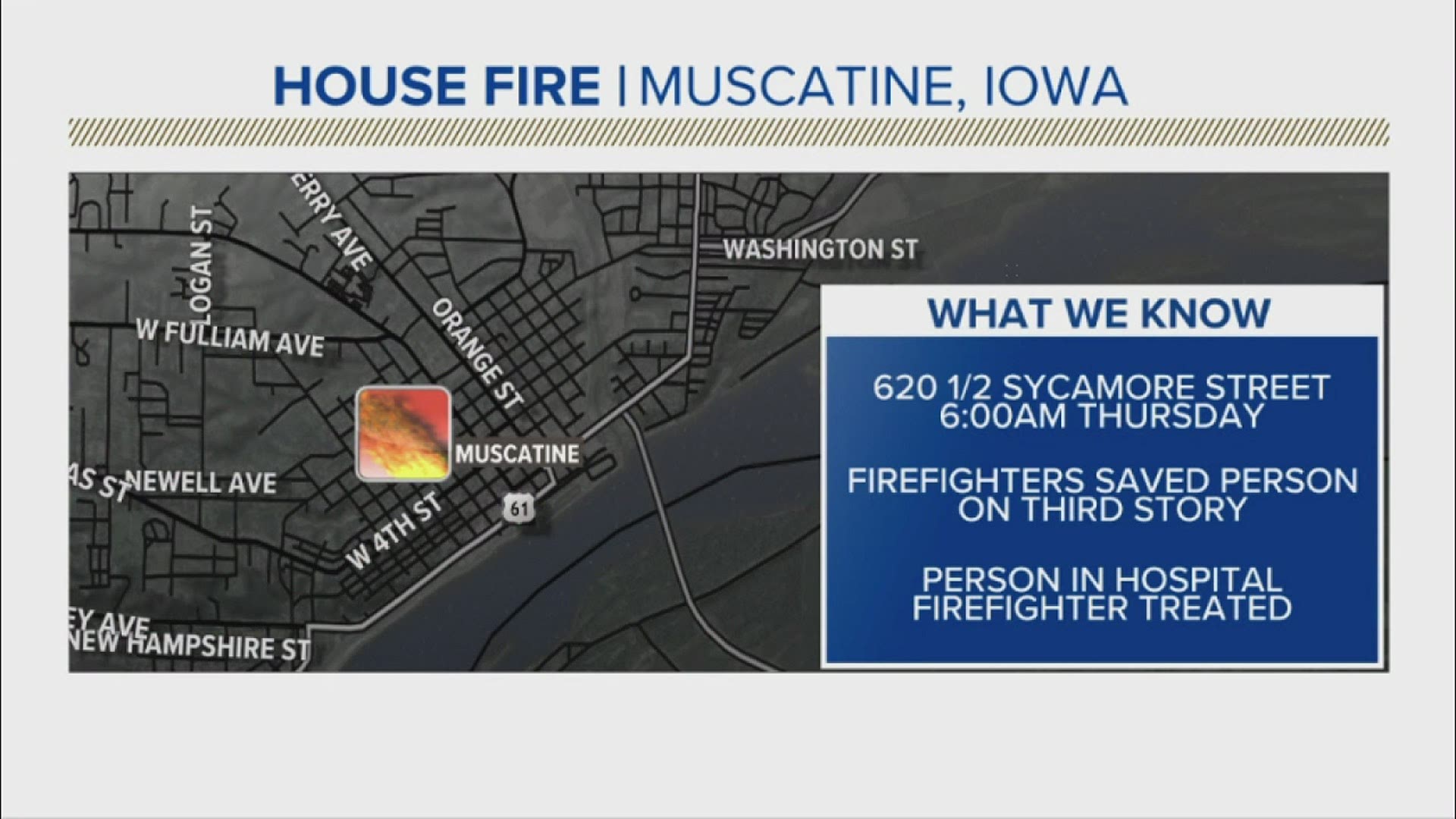 Fire crews were called to the scene around 6 a.m., where they found smoke and flames coming from the second floor.

Firefighters found the tenant on the third floor above the blaze and pulled the person to safety.

Officials saidf due to the building construction and the involvement of living room furniture, the fire had created extensive smoke and high heat conditions.

A firefighter became overheated while fighting the fire and was taken to the hospital where he was treated and released.

The tenant was taken to Trinity Muscatine in stable condition.

Officials said the cause of the fire is unknown and the initial damage is estimated at $35,000.