Chris Anderson is painting his second red kettle, and already has plans to paint at least two more. 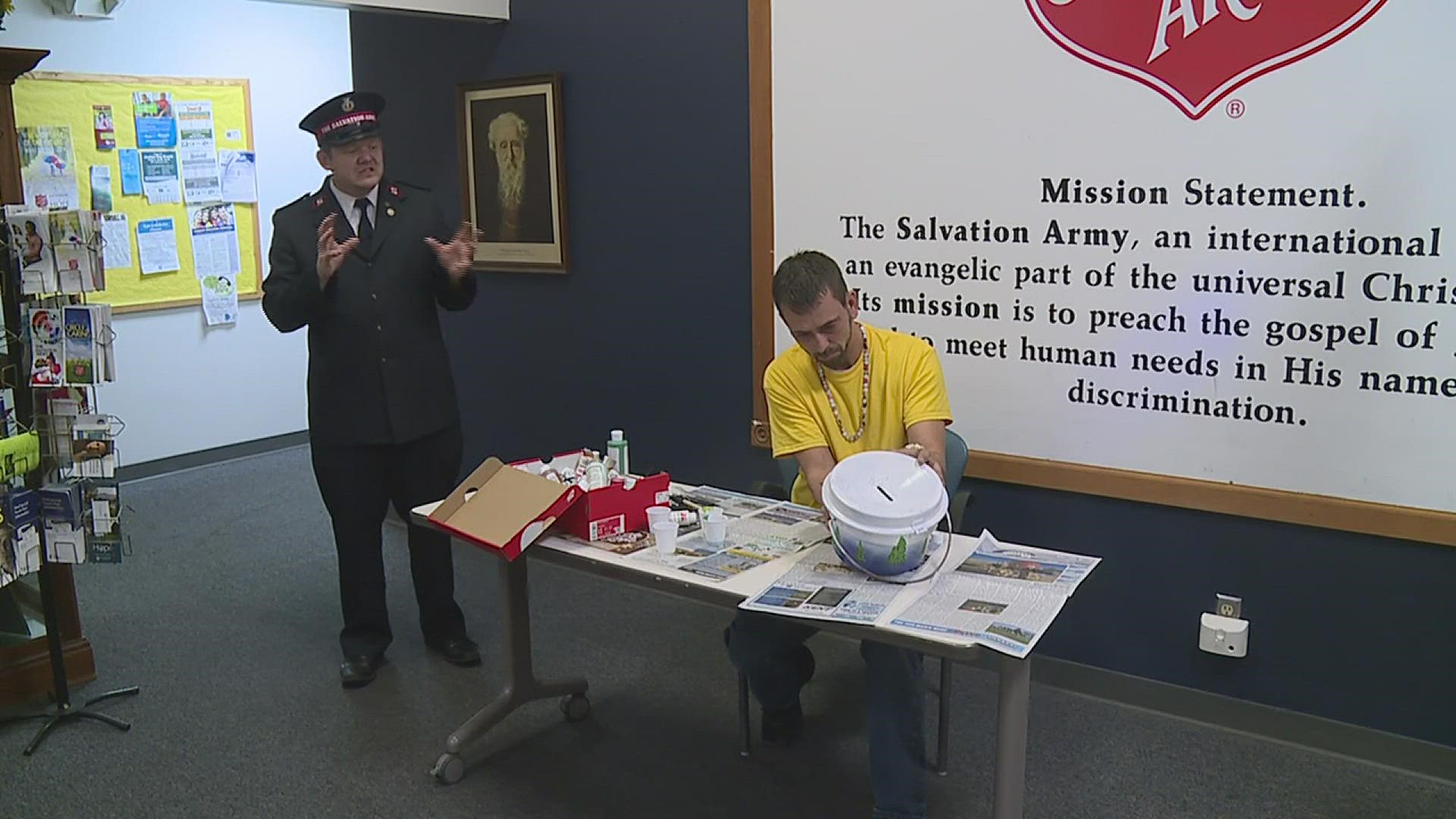 MUSCATINE, Iowa — Every year in mid-November, the Salvation Army starts manning its iconic red kettles at storefronts across the country.

You cannot miss those kettles, but you also will not miss two new kettles in Muscatine.

It is not everyday that the Salvation Army parking lot in Muscatine is the starting spot for a mural.

It is that spot for Chris Anderson.

"Got all kinds of colors," said Anderson, as he showed off his box of paints he took from his car.

Anderson has lived in Muscatine for about 15 years, and is no stranger to the Muscatine art scene.

"I’ve been doing artwork my whole life. It’s always been my go-to for things," Anderson said.

But this piece is different.

Anderson is painting an iconic red kettle, the same one that has been collecting donations outside storefronts for about 50 years.

"These kettles served their purpose for a long time and they got old enough where they just got rusted and beat up over the years of doing red kettles," said Lt. Greg Bock, who runs The Salvation Army of Muscatine County.

Bock is the one who drew up the plan to have older kettles be painted, giving them new life.

"They’re not red. It’s a new spin on it, and hopefully folks can see that and get inspired, and the story behind that kettle is hope," Bock said.

Hope is something Anderson can relate to.

When he was younger, Anderson was no stranger to the Salvation Army's services.

"We didn’t have much, and you know there’s places like the Salvation Army that provided food, shelter, toys, for people like us that were struggling," Anderson said.

About four years ago, Anderson also ended a struggle with addiction.

"It led me down a dark road that seemed pretty hopeless for a bit," Anderson said.

Through his artwork, his nearly dozen murals around town and now two painted red kettles, Anderson is showing how his hope moves on.

"You’re helping them out of that, whatever that is," Anderson said.

It is the same message the Bock hopes carries on, too.

"When they put money in ‘em, it’s not just depositing money in the kettle, it’s depositing hope in somebody’s life," Bock said.

It is a painted red kettle that is giving hope to a man that needed it most.

The Salvation Army of Muscatine County starts its bell ringing campaign on November 19 at 9 a.m.

The two kettles Anderson painted will be at the Muscatine Hy-Vee.

Anderson has already agreed to paint at least two more kettles for the Salvation Army this season.

If you want to volunteer to ring bells at a kettle near you, you can sign up for a time slot here.

Posted by The Salvation Army of Muscatine County, Iowa on Tuesday, November 16, 2021