After juries were suspended in March, the counties came up with new regulations, including off-site jury selection, to bring court back in session. 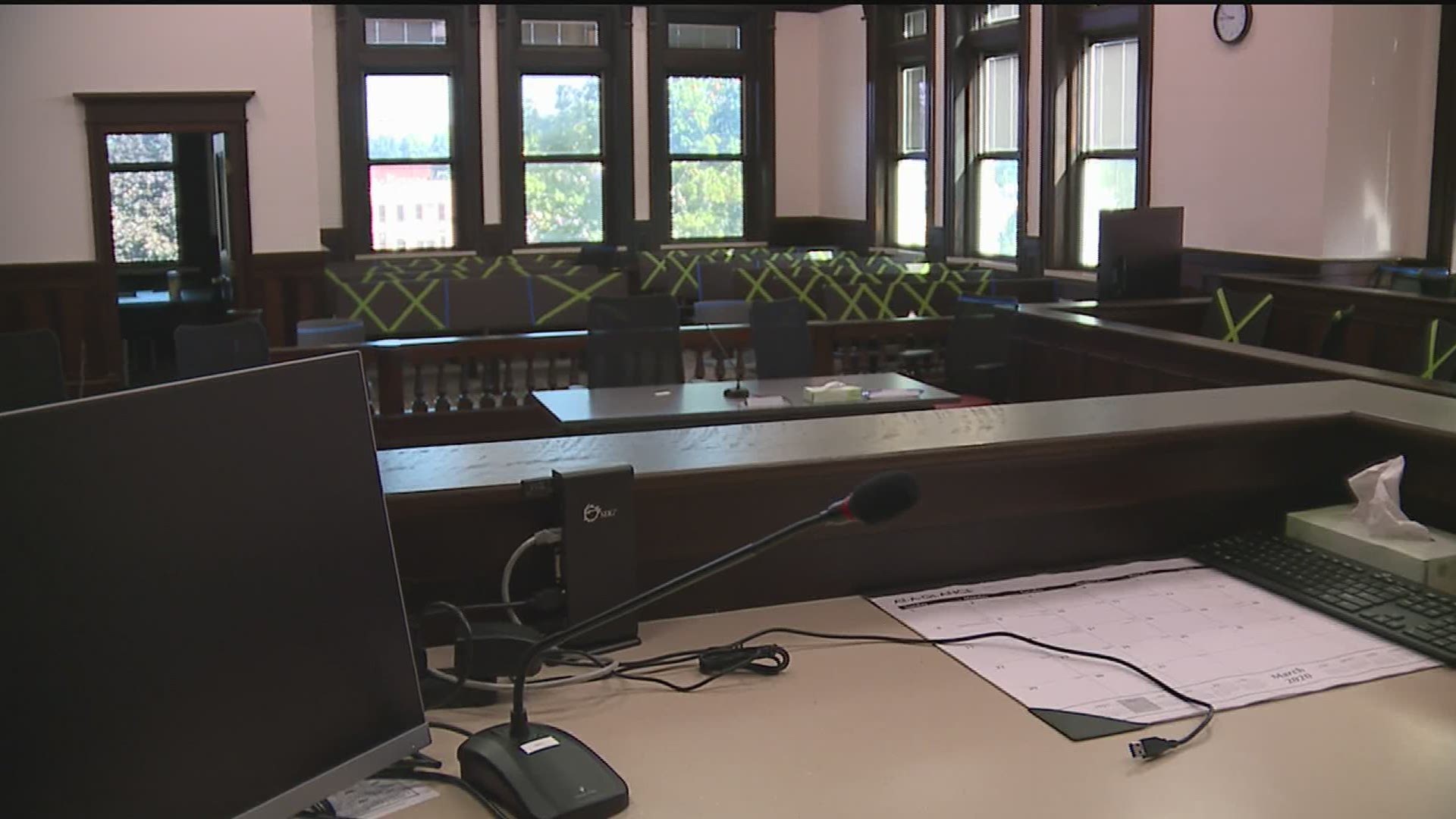 MUSCATINE, Iowa — Jury trials are set to resume in Muscatine and Scott counties after a successful test run in August. New safety measures are in place to protect those involved, including a new jury selection process.

Now, selection will take place in large venues, rather than the courthouse. In August, Scott County tested this in the RiverCenter convention building in downtown Davenport. Muscatine County chose Central Middle School's auditorium.

In Muscatine, jury candidates are asked to check in, then wait in their cars until a text message alerts their group to be seated. Masks are required, seats are six feet apart, and the buildings are sanitized before community members arrive.

During interviews, candidates are provided face shields and microphones, so attorneys can see their facial expressions.

Not every district will be handling jury selection the same way, however. Those without access to large venues are trying other methods, such as still interviewing candidates in the courthouse, but in smaller groups.

Those chosen are sworn in at the middle school, then given thirty minutes to get to the courthouse for the trial. The courtroom, which was renovated just under a year ago, is sanitized before each trial and masks are required.

Chairs and benches are all marked off with stripes of blue and green tape - alerting jurors where they are allowed to sit, so as to be socially distant. Rather than gathering in the jury box, they are spread throughout the room, and told to raise their hand if they can't see or hear anything properly.

Deliberation will also be held in the courtroom, with jurors moving to closer-marked spots on the floor.

RELATED: Scott, Clinton and Muscatine are on the list of 61 counties being urged to close bars

So far, the county says they've run into problems with light reflecting off witness face shields and papers needing to be brought to multiple areas of the room, so each juror can look; but they have already corrected the issues and expect each trial to run a little smoother.

Muscatine County District Court Judge Thomas Reidel says jurors wouldn't have been brought back in if the county didn't think they could adhere to safety precautions, and that a lot of time and thought went into it.

"We felt we could bring them back in a way that would be safe, [and] that would balance the constitutional need to have jury trials, along with the need to make sure our citizens are safe when performing this important duty," said Reidel.

He said finding a way to reinstate the constitutional right to a jury was a necessity. The county had to temporarily suspend trials by jury back in March, and now has a large backlog of cases waiting to be heard.

Once the trials begin again on September 14, "I envision we'll be trying a case every Monday from now until the end of the year...and into the next year," he said.

But with all of the new protocols in place, he said the reaction has been surprisingly positive.

"I thought we might have a lot of people coming in scared, afraid [and] nervous. And in general we just had an amazingly positive attitude from all of our jurors," said Reidel

He says that while it depends on the judge, those who have coronavirus concerns should voice them. During the test run, he allowed one man caring for his grandparents to defer his duty until next spring.

"I want people to feel like they are safer here in the courthouse, hearing this case, than they are in their everyday lives."