Fire breaks out at Cumberland Square in Bettendorf 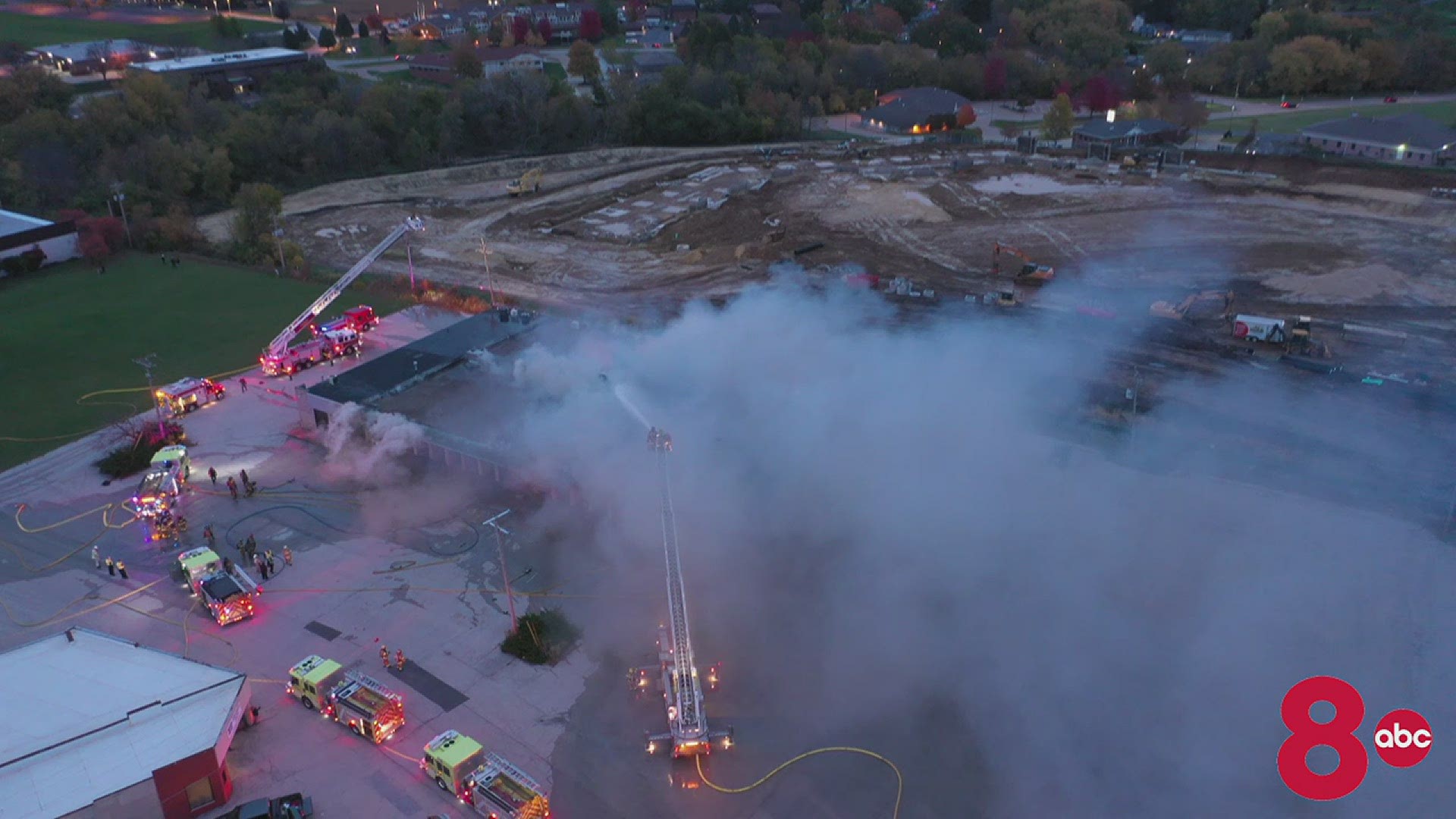 BETTENDORF, Iowa — A Bettendorf building erupted into flames and heavy smoke in the evening on Sunday, October 25, drawing in fire departments from the immediate area.

The fire was reported around 5:20 p.m. at Superior Labels in Cumberland Square on Spruce Hill Drive. When the first fire engine arrived at the scene, they found that a portion of the roof had collapsed.

Heavy smoke and flames poured from the building, with the blaze becoming so severe that fire departments from Davenport, Riverdale, Princeton, Moline, East Moline, LeClaire and Rock Island Arsenal responded with assistance.

Witnesses say the fire started on the back side of the building and moved to the north end.

Chris Von Gries saw the fire start, and did what he could to help before firefighters arrived.

"First of all, I've never seen a fire in real life, so I was worried that there might be somebody in there and I was just amazed by the amount of smoke and how fast it was going," Von Gries said. "And I ran up to the windows to see if there was anybody in there that I could tell, but there was nobody there. You know, it was starting to get hot so I moved off over here."