Multiple people were injured in a crash involving three drivers: a 20-year-old, a 16-year-old and a 15-year-old. 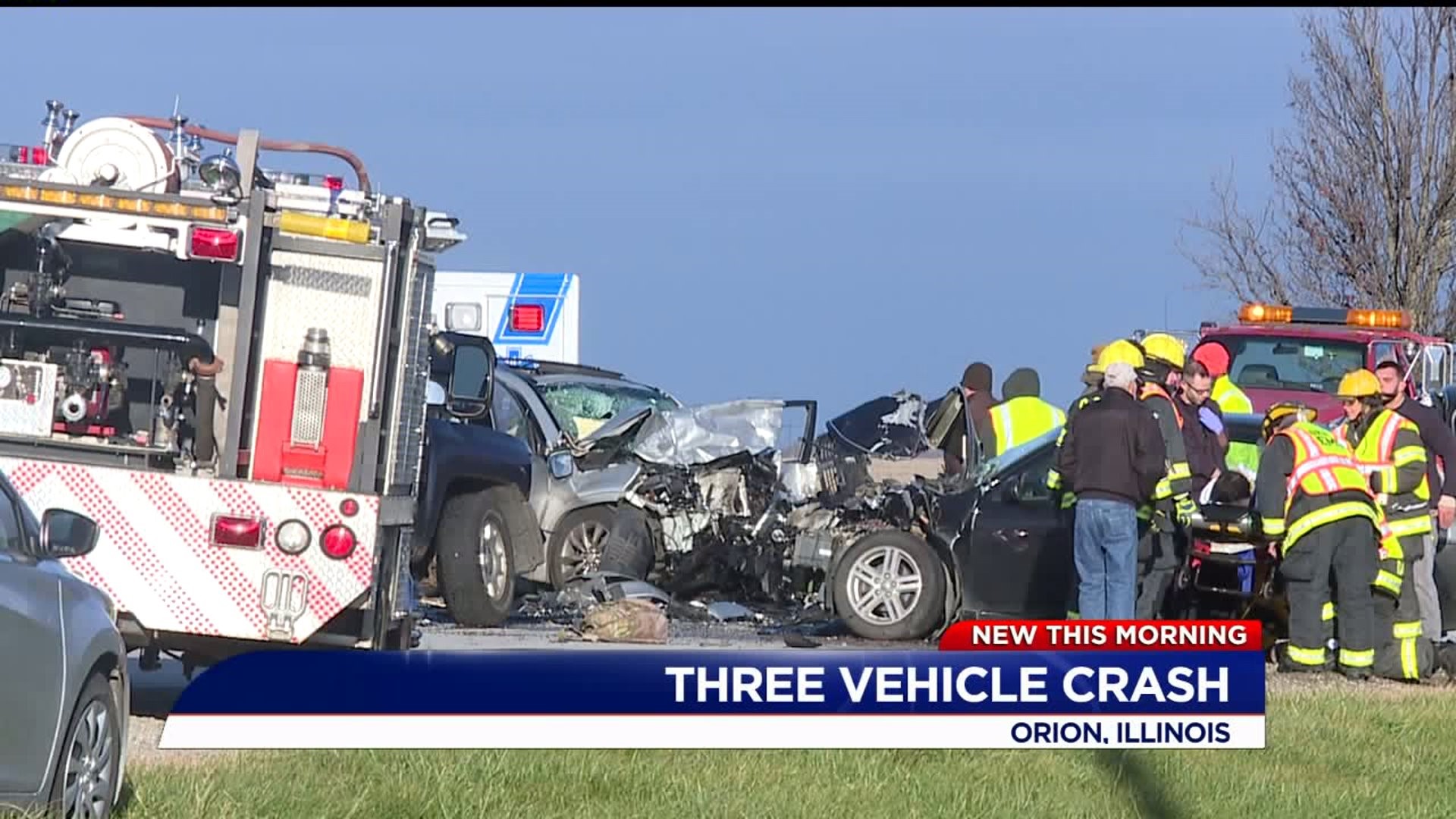 ORION, Illinois -- Multiple people were injured in a crash involving three drivers: a 20-year-old, a 16-year-old and a 15-year-old.

Highway 150 was shut down near Orion, Illinois around 7:30 a.m. Wednesday, November 7, when three vehicles crashed, according to a statement from the Henry County Sheriff's Office.

The 16-year-old driver was stopped on IL Rt. 150, preparing to turn left onto 1500 North when a 20-year-old in a Dodge car rear-ended the pickup, said the statement.

The sheriff's statement explained that the impact from the crash forced the pickup into the southbound lanes.  The pickup was then hit by a southbound Kia, driven by a 15-year-old.

The 16-year-old in the pickup refused medical treatment at the scene, said the statement.  The 15-year-old was airlifted from the scene and two passengers were taken to the hospital via ambulance.

The 20-year-old was taken by ambulance from the scene.  She was cited for failure to reduce speed to avoid an accident.

There was no word on any of the victims' conditions.